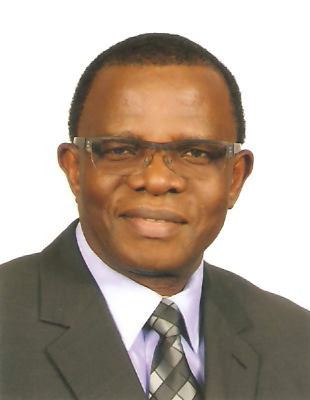 Currently, he is the General Secretary/CEO of the Association of Evangelicals in Africa, based at the headquarters in Nairobi, Kenya. Previously served in various capacities in his home country, Sierra Leone: General Secretary of the Evangelical Fellowship of Sierra Leone, Chairperson of the Sierra Leone Association of Non-Governmental Organizations (SLANGO), Senior Administrative Assistant in the Planning Unit, Office of the Vice Chancellor, University of Sierra Leone (USL), Head Optician at the Baptist Eye Hospital, Lunsar and Proprietor of Fo-Ny Optical Services.

Aiah serves on several Boards of educational and Christian organizations around Africa.  He is also a member of the Global Leadership Team of the WEA. He has also served as member of the National Constitutional Review Committee in Sierra Leone. In his role as AEA General Secretary, Aiah received national honour and recognition by the President and Government of the Central Africa Republic.

He is an ordained minister of the Presbyterian Church of Sierra Leone and Married to Almonda, with four children; Melvin, Melvina, Melinda and Melyn.