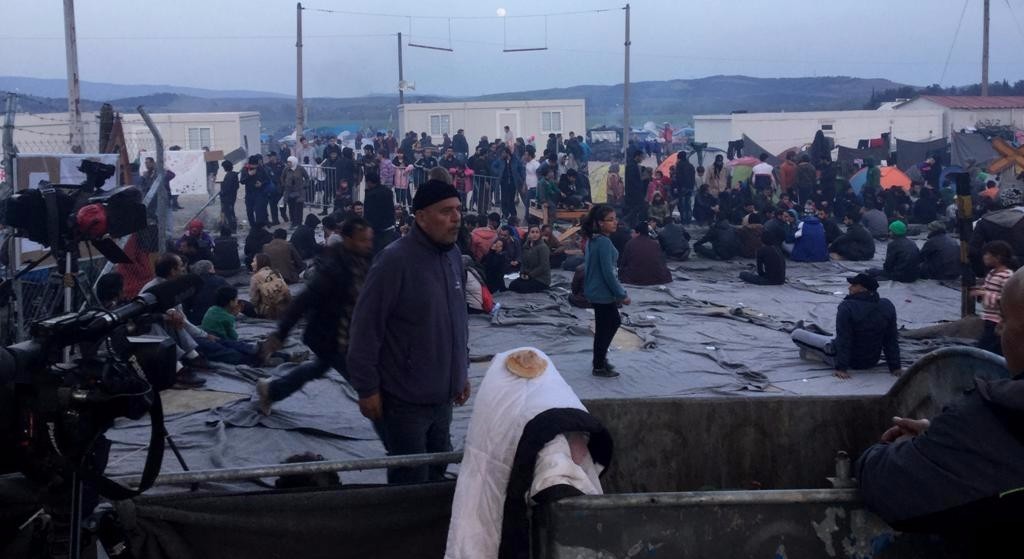 Our visit to Idomeni was full of expectations; we expected to see people being taken care of in reception centres throughout Greece and the surrounding islands. Unfortunately, that was not what we saw. We were deeply shaken by the horrors that we saw in Greece, and the suffering that is the everyday experience for the refugees there. Our entrance into the illegal camp in Idomeni was a picture of dread; people who haven’t eaten for three days, sleeping on the cold, begging for information about the borders. Saif, a Syrian refugee, whose parents  have been in Germany for over three months said: “It would have been better to have died in Syira, than suffer here at the gates of Europe.”

When we got to Idomeni, we were met by a scene of two men pouring gasoline over themselves and setting themselves on fire. That cry for help was aimed at people who think the refugees are ‘none of their problem’. It was supposed to awaken compassion.

On the other hand, every step we made throughthat camp, felt like a step through a valley of blessings. Talking to people there felt like talking to God. We saw His provision every time we sat down to share a meal of boiled potatoes with families in the camp.

Sharing a meal with a family from Syria. The fourth day they are eating potatoes. Each bite they took was a blessing. I haven’t seen that much gratitude for potatoes in my entire life. “Only God can help us.” – said a mother of a small child, while we were eating dinner together. I have never heard Gods name being called so many times, as in these couple of days in the camps in Greece. God was worshiped there much more than in Cathedrals and mega-churches. Idomeni is a valley of blessings. A place where God shows himself each day; through volunteers who have travelled a long time to bring a few bags of potatoes to the refugees, but also through locals who cook food where ever they can. One Greek local brought his heard of cows to a nearby meadow, so he can give milk to refugees. 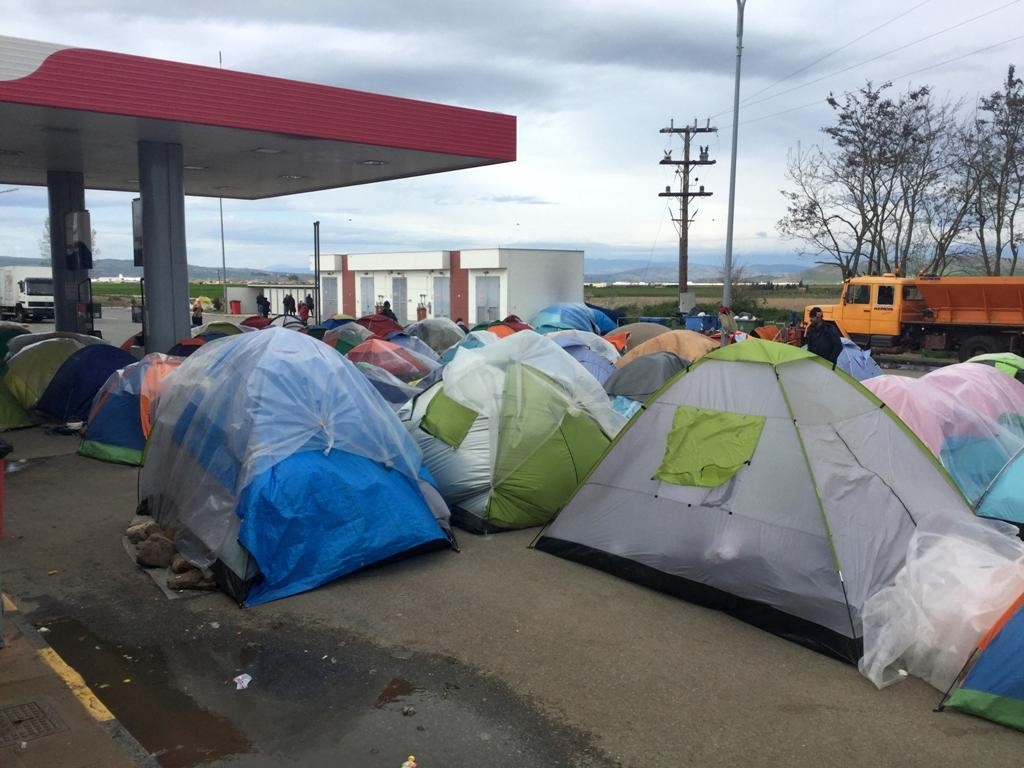 After we visited the camp in Idomeni,we travelled to Thessaloniki, because we wanted to visit the camp led by the Greek armed forces. However, on our way there, we found 5 illegal camps, where people live wherever they can and eat whatever they can find. One of the camps is located at a gas station, and there is over 2500 people living there for the past month. Upon entry into the station, we met two workers, who, even though the gas station is closed due to this situation, come there every day and give out boiled eggs. Their names are Alexandra and Katerina.  “If we could, we would bring thousands of eggs, but we simply can’t. We would love to help everyone get something.” – said Alexandra with tears in her eyes.

After that, we went to visit other camps in Greece, and needless to say, the needs in each of them are great. Famine and filth are everywhere. The biggest needs are food and hygiene. Most people cannot afford to buy food every day and feed their children. A lot of children eat plain biscuits daily, but even though that would be something we would probably complain about, there is nothing but gratitude in those children’s eyes. 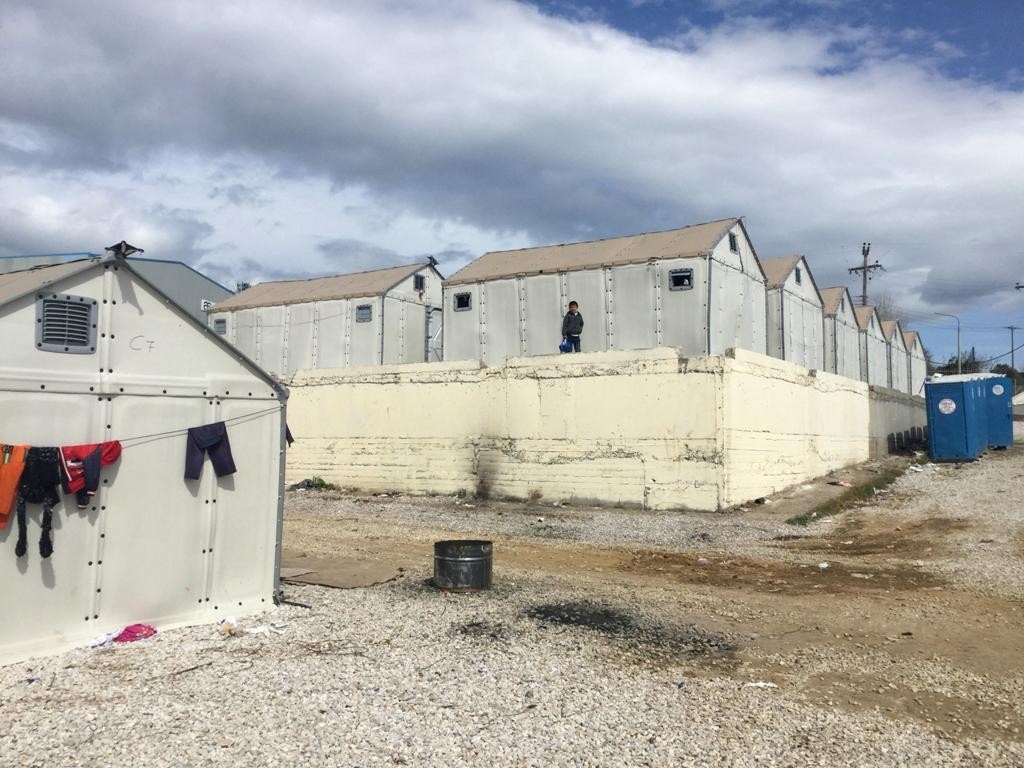 The camp in Thessaloniki is run by the army. We visited the camp with our friends from the organization A21. The camp was built for 3000 people. They are living in small, prefabricated IKEA houses, and are provided with food by the army. They have toilettes and showers, thanks to A21. The camp is located in a former army base, so the living conditions are better here. The refugees are allowed to go in and out of the camp. The police is there only when food is being distributed, to keep the peace. Even though the whole camp is under the jurisdiction of the army, the organization of everything was handed to an American missionary. I had a very pleasant conversation with the army General Moschopoulous, who gave us a tour of the camp and told us about the situation in Greece. He pointed us to other camps, with much greater needs.

The scenes we have seen in Greece are horrifying; but these people are not hopeless. Europe might have lost hope, but these people here have the chance to meet God. The Great commission given to us in Matthew’s Gospel is the guiding force, and the road we need to take. Make people disciples of Christ, and help the least of these.That is our task, and that is our hope. We hold the Bible in one hand and bread in the other. We are servants of Christ.

If you want to help with material supplies (food, hygiene), you can do so through the “ CBA” team,  which is directly involved in the field. If you would like to help financially, you can do so by sending the funds to this account:

If you want to be part of the team working in the field, you can find out more by sending us an email 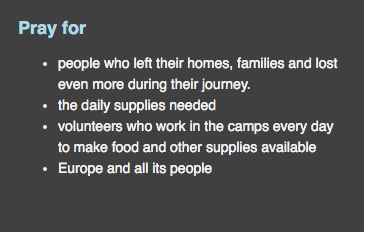