Light shines in India to expose evil of trafficking

Aashima Samual leads a group of Christian women and men in India who are determined to stop the evil of human trafficking and witness to God’s goodness and justice.

PUSH - People Uniting to Stop Human Trafficking - asked Christians around the world to pray for the vigil that happened on December 2nd, the International Day for the Abolition of Slavery. The leaders of the vigil wanted to show unity of prayer and advocacy to speak up for this who cannot speak for themselves.

The event faced an initial hiccup as the Deputy Commissioner of Police in New Delhi at first denied permission for the vigil.

But Aashima and her colleagues from the Evangelical Fellowship of India and the PUSH coalition did not give up. They met with the Deputy Commissioner and explained that Christians wanted to stand along side the police department tackle the injustice against human life that trafficking represents.

The positive approach worked – the police gave permission for the event. Aashima said, “Thank you for all your prayer support. I’m sure it helped to change the mind of the police.”

The vigil was a great success. 2000 Church leaders and Christians came to pray and shine candles in the darkness to represent God’s light and hope against oppression. They wanted to create awareness in the city of the extent of the problem; Delhi is a major source and transit point for human trafficking. PUSH also wanted to overcome apathy about changing the story. 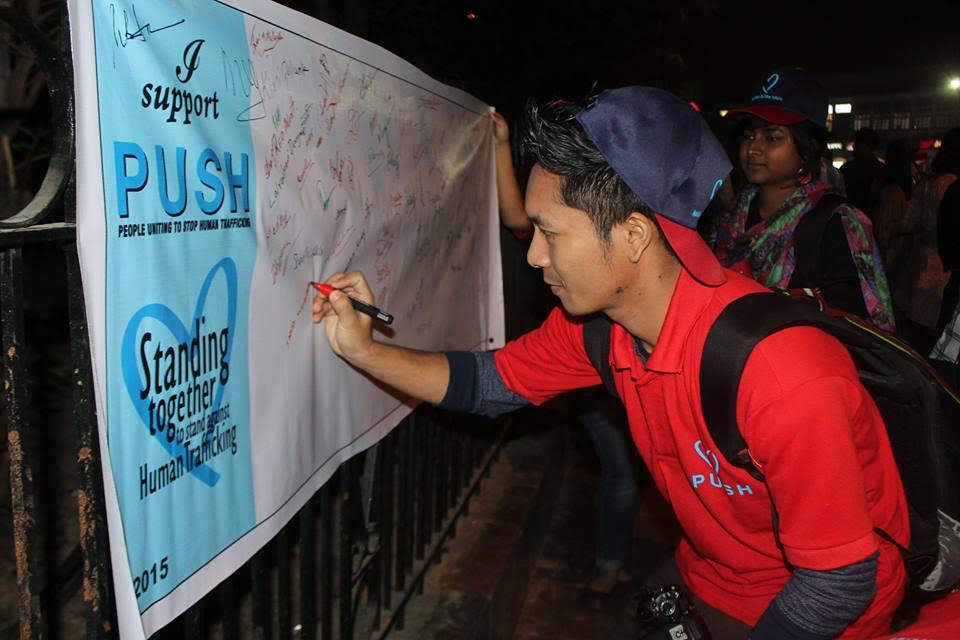 A light of “Hope” was lit, that spread around the gathered crowd silently stand together. Later, many people came forward to sign a pledge that together they will fight against the rampant injustice of trafficking.

A helpline number was released, which is being Handled by Evangelical Fellowship of India Children @ Risk ([email protected] ).

Anyone can contact [email protected] about trafficking related incidents.