The World Evangelical Alliance (WEA) mourns the killing of pastors and other innocent civilians in recent targeted attacks in Burkina Faso and joins the Federation of Evangelical Churches and Missions (FEME), WEA’s national member body, in their call for prayer and support from churches and believers around the world.

“We stand in solidarity with our brothers and sisters in Christ in Burkina Faso and pray for those who have lost their pastors and loved ones in the recent violence that has increasingly targeted Christians,” said Bp Efraim Tendero, Secretary General and CEO of the WEA. “Please join us in prayer for lasting peace and that the underlying issues that give rise to terrorism in the region can be addressed and resolved. And pray for the believers to stand strong in their faith in Christ, so they can be a shining light of hope that overcomes the darkness of evil and despair.”

In a statement released today, Pastor Henri Ye, President of FEME, commented on the most recent attacks that took place this past Sunday, saying: “Once again, our values of tolerance, forgiveness and love were violated. The freedom of worship enshrined in our Basic Law has been trampled on. However, it is in the love of God and our neighbour, in unity and solidarity, by ridding ourselves of all spirit of fear and revenge that we will eventually overcome. May the unity of the Body of Christ and that of the whole Nation lead us to a better future!”

Read the full statement on December 3, 2019 (original statement in French)

The following is an extract from an earlier statement, the “Call from the Federation of Evangelical Churches and Missions (FEME) related to the security situation in Burkina Faso”:

The church, a new target of terrorists

The increasing terrorist attacks in the northern parts of the country have forced several churches to close their doors. Pastors and their church members have had to leave these dangerous areas to seek refuge in large towns or cities that seem to be more secure. They have been taken in by churches and families. Those who can afford it are forced to rent housing. Their numbers are increasing day by day, as are their needs: food, water, clothing, healthcare, shelter, etc. Churches and families are working hard and some are already stretched to their limits. 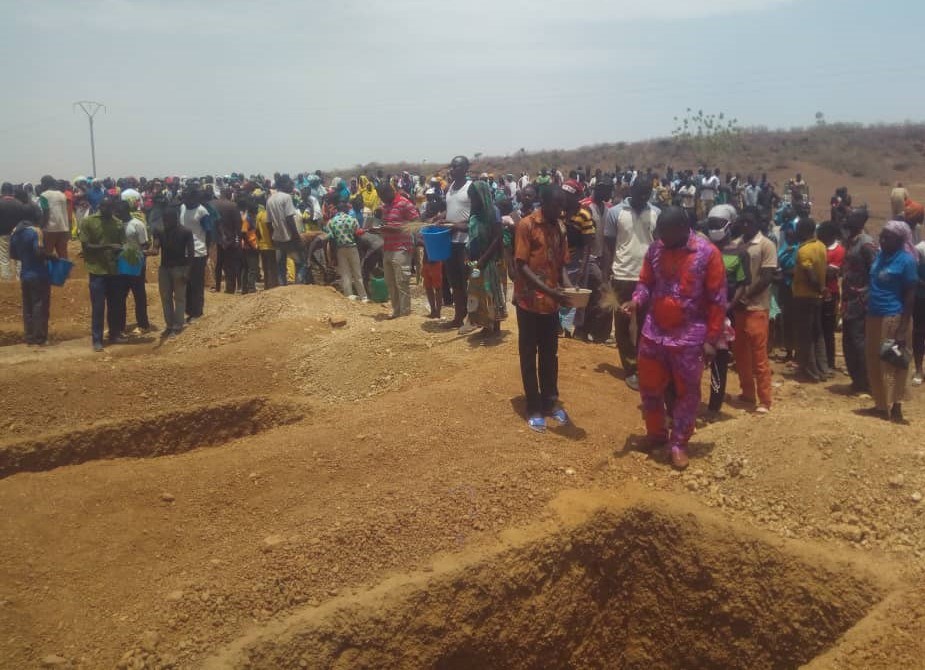 Burial ceremony of Christians killed in Dablo in May 2019. © Open Doors

Until now, terrorists had attacked symbols of the state, as well as defense and security forces. But over time, they have also attacked civilians. In recent months, they have started to target churches. For example:

By attacking churches, the terrorists have attacked the values of tolerance, forgiveness and love that have always guided our country. The freedom of worship enshrined in our laws has also been challenged. The terrorist groups are trying to weaken the values of unity, solidarity, secularism and social cohesion that are the foundations of Burkinabé society.

Attacks on churches are on the rise in Burkina Faso, especially in the northern part of the country. © Open Doors

Read the full statement from September 30, 2019 (original statement in French)

Over two billion Christians in the world today are represented by three world church bodies. The World Evangelical Alliance (WEA) is one of those, serving more than 600 million evangelicals. Launched in 1846 to unite evangelicals worldwide, the WEA continues to be a dynamic movement with 7 regional and 129 national Evangelical Alliances, and over 150 member organizations. WEA’s mission is to establish and strengthen regional and national Evangelical Alliances, who in turn enable their national Church to advance the Good News of Jesus Christ and effect personal and community transformation for the glory of God. For more info, e-mail [email protected] or go to Worldea.org.

WEA Mourns the Passing of Ravi Zacharias, A Remarkable Defender of the Christian Faith