On April 9, the World Evangelical Alliance (WEA) joined in a public panel discussion at the United Nations headquarters on ‘Nuclear Weapons and the Moral Compass.’ The event, co-sponsored by the Permanent Observer Mission of the Holy See and the Global Security Institute, surveyed moral perspectives on nuclear weapons from a variety of religious traditions, and highlighted the importance of bringing moral values to the upcoming Review Conference of the Nuclear Non-Proliferation Treaty, which begins later this month at the UN.

Religious leaders from evangelical, Roman Catholic, Jewish and Muslim backgrounds as well as representatives from the UN, government, and inter-faith organizations each spoke from their own perspectives why arguments for continued possession of nuclear weapons or the desire by some nations to develop such, are contrary to faith, morality, and reason. The event was attended by diplomats, religious leaders, media and others. 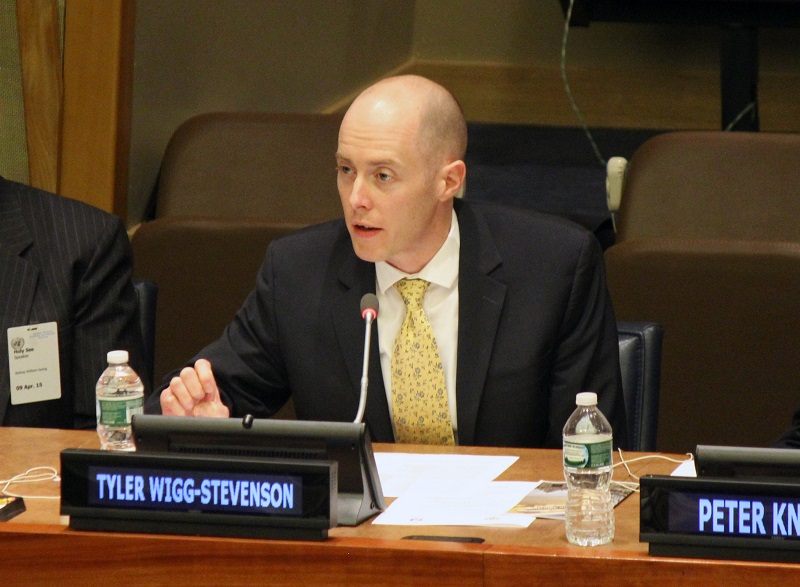 Tyler Wigg-Stevenson, Chair of WEA’s Global Task Force on Nuclear Weapons, offered an evangelical perspective to rebut those “who insist that moral values are irrelevant to nuclear weapons.” The nine nations that currently possess nuclear weapons justify them by referring to national interest and deference.

But to illustrate the faulty logic behind this justification, he raised a thought experiment that imagined a nation introducing a newly developed weapon for the defense of their national interest: an ‘abortion bomb’ that would instantly kill any unborn child in the womb and sterilize any adult in its sizable blast radius. The nation would argue that this weapon was only made for deterrence, as its effect would be so fearful that there would be no need to ever use it. And then one day, when every other problem plaguing humankind has been solved, they will pursue good faith negotiations to eliminate this bomb.

“Imagine the righteous explosion of voices in response. No man or woman of goodwill and good conscience could stay silent that day. No nation would fail to declaim this as an abomination,” he said, adding that “all nations would subscribe to a ban, regardless of the wishes of the abortion-bomb-armed states.”

Wigg-Stevenson went on to refer to Scripture “that tells us that the peacemakers are blessed. But they also tell us to condemn those who say ‘peace, peace’ when there is no peace – as the prophet Jeremiah did to the court sycophants in his day, who denied that the nation’s injustice invited the judgment of God. […] There is no peace about nuclear weapons.”

Wigg-Stevenson concluded by saying: “I beg all men and women of goodwill to join in the fight [against nuclear weapons]. For it is a fight we are in: not just for the welfare of those who reject nuclear weapons, but for the sake of those who even now possess them, as well, and for all of our generations to come.” 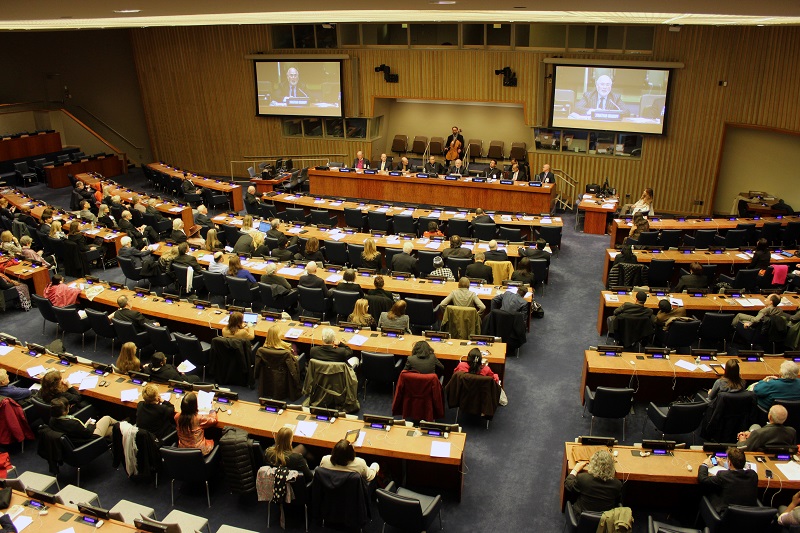 The Nuclear Weapons and Moral Compass event was held at the United Nations Headquarters in New York. (Photo: WEA)


A UN TV recording of the event can be viewed here: