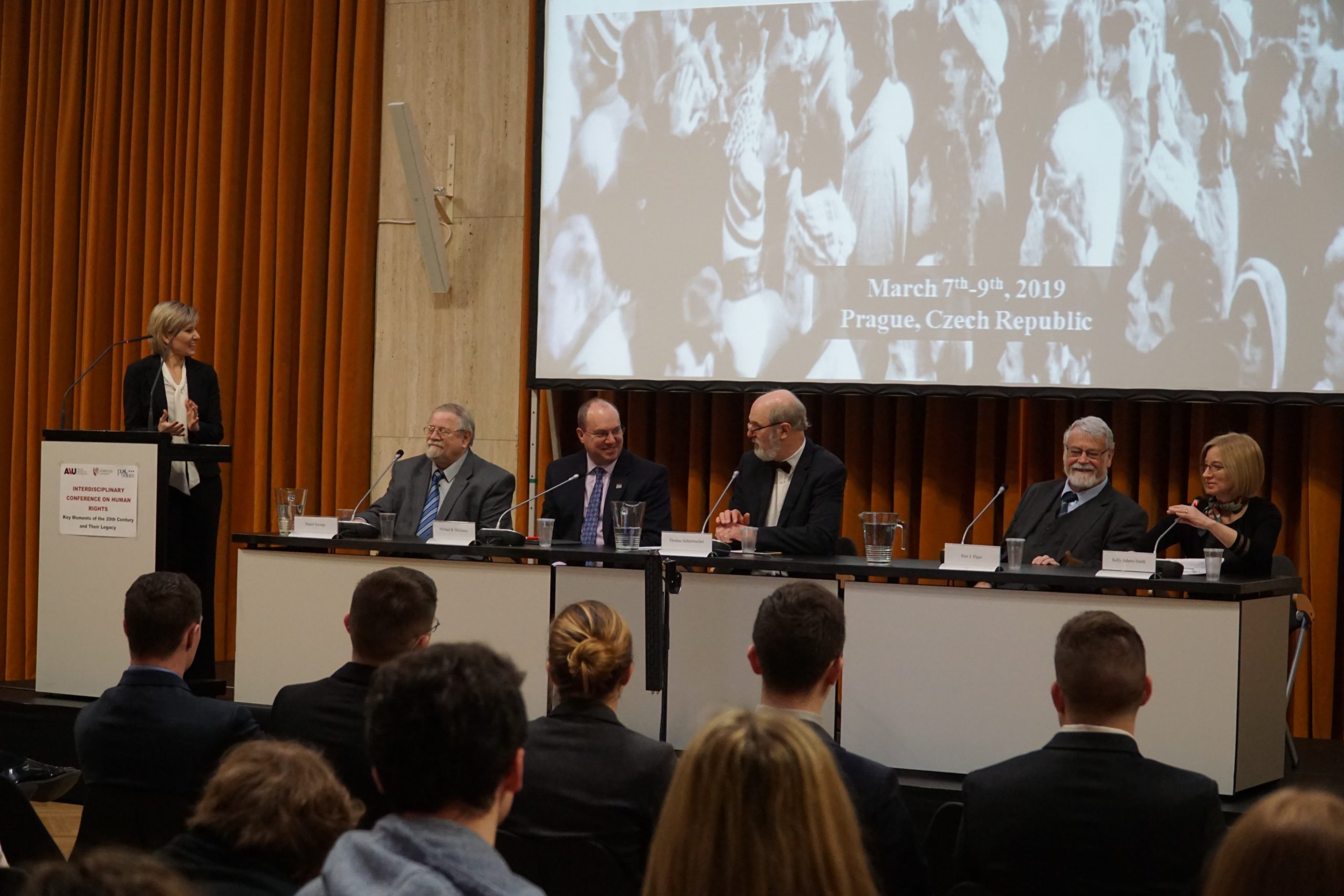 The Department of Theological Concerns of the World Evangelical Alliance has published two speeches of its members at a Human Rights Conference of the Anglo-American University held at the Czech National Bank. Professor Thomas Schirrmacher’s speech is available on the YouTube channel of the International Institute for Religious Freedom (IIRF). Professor Thomas K. Johnson’s speech “Martin Luther King and Those Wonderful Old Names!” is printed in the department’s Bulletin.

The printed speech is a revised version of the speech given at the first annual International Human Rights Conference in Prague, Czech Republic, March 7 & 8, 2019, hosted by Anglo-American University, Norwich University, and Post Bellum. The theme of the conference was “Key Moments of the 20th Century and Their Legacy.” Many of the participants were professors and students from the two universities, along with researchers from Post Bellum. The participation by members of the anti-communist Charter 77 movement set the historical background for the event. 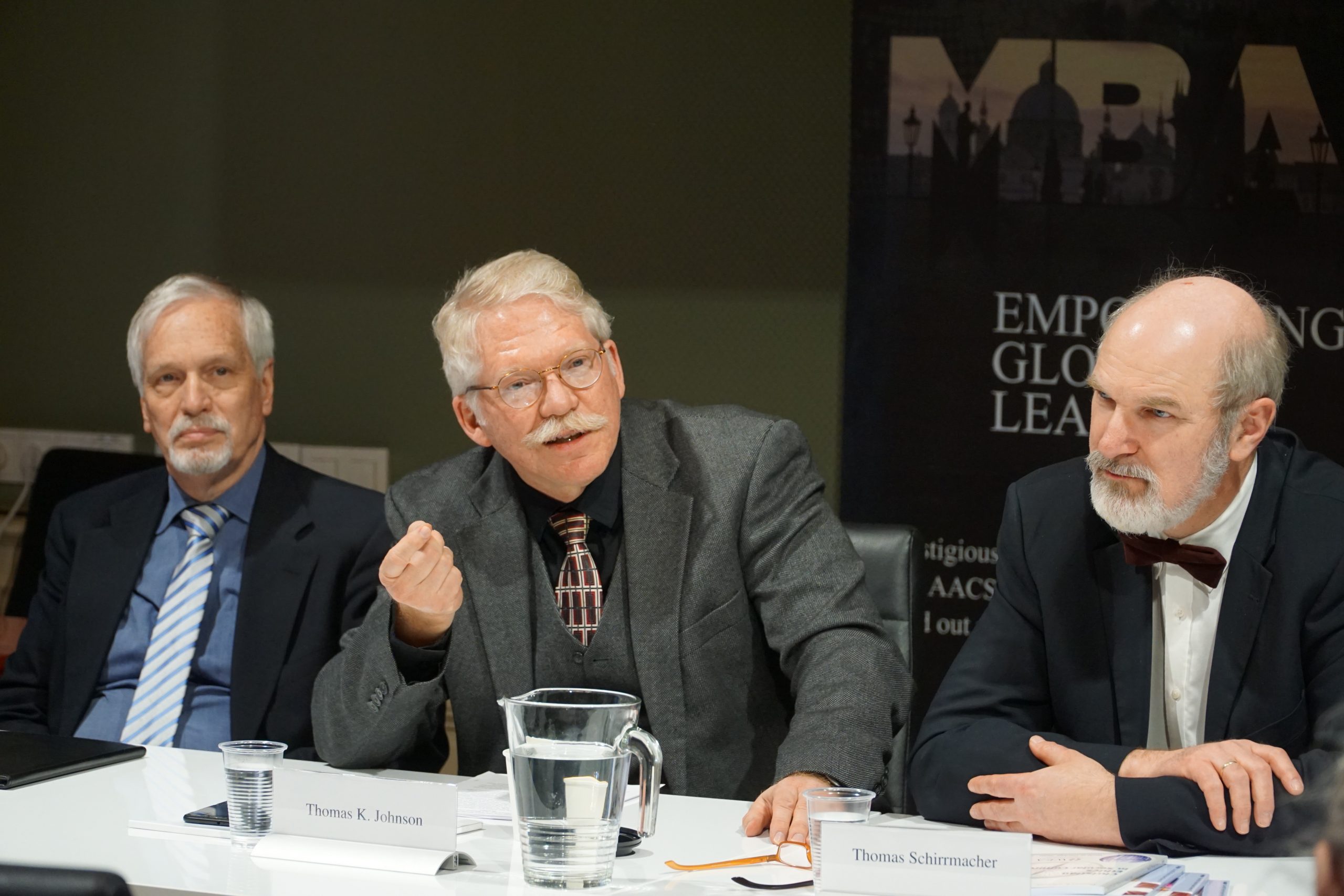 In his opening plenary “Why People of all Religions and Worldviews Should Back Human Rights Ethics,” now available on YouTube, the President of the International Society for Human Rights, Thomas Schirrmacher, interacted with two signatories of Charter 77, Dr. Daniel Kroupa and Dr. Alexandr Vondra.

Schirrmacher especially agreed with the speech of Dr. Vondra, who warned that the old concept of human rights, that made the Charter 77 possible and great, was more and more put aside in favor of ideological views, adding all kinds of new so-called human rights.

Charter 77 (Charta 77 in Czech and in Slovak) was a civil rights movement in Czechoslovakia from 1977 to 1992 which was the center of opposition to the communist regime. It emerged from the Charter 77 petition, which had highlighted many grievances in the country. The charter was released on January 1, 1977, by 200 intellectuals and artists; by 1989 it had 2000 signatories. The communist government punished the dissemination of the document as a political crime with severe penalties.

After the Velvet revolution of 1989, many of the members of Charter 77 held important positions in Czech and Slovak politics. As just one example, Dr. Vondra has been Minister of Defense, Minister for European Affairs, Foreign Minister, and Vice-Prime Minister of the Czech Republic, as well as a Member of the European Parliament. The Chief of Mission of the US Embassy in Prague, Kelly Adam-Smith, explained the important role of the USA backing Czechoslovakian dissidents during communist times.

Anglo-American University (AAU), the oldest private college in the Czech Republic, and Norwich University, the oldest military college of the USA, hosted an Interdisciplinary Conference on Human Rights at the prestigious building of the Czech National Bank and the AAU buildings. The conference was co-sponsored by Post Bellum, a Czech human rights organization archiving the statements of older eye-witnesses as well as recording human rights violations for later reference.

The conference presented interdisciplinary papers and presentations from students, faculty, and experts. The theme of the conference commemorated important 20th-century dates in human rights history with anniversaries in 2019 linked to the Central European region. In addition to meetings with dissidents, historians and experts, students experienced a moot court mimicking real trial cases and a truth commission with eyewitnesses and victims of past regimes.