A Historic Meeting of Women on the Roles and Leadership in the American Church Held in Orlando, Florida 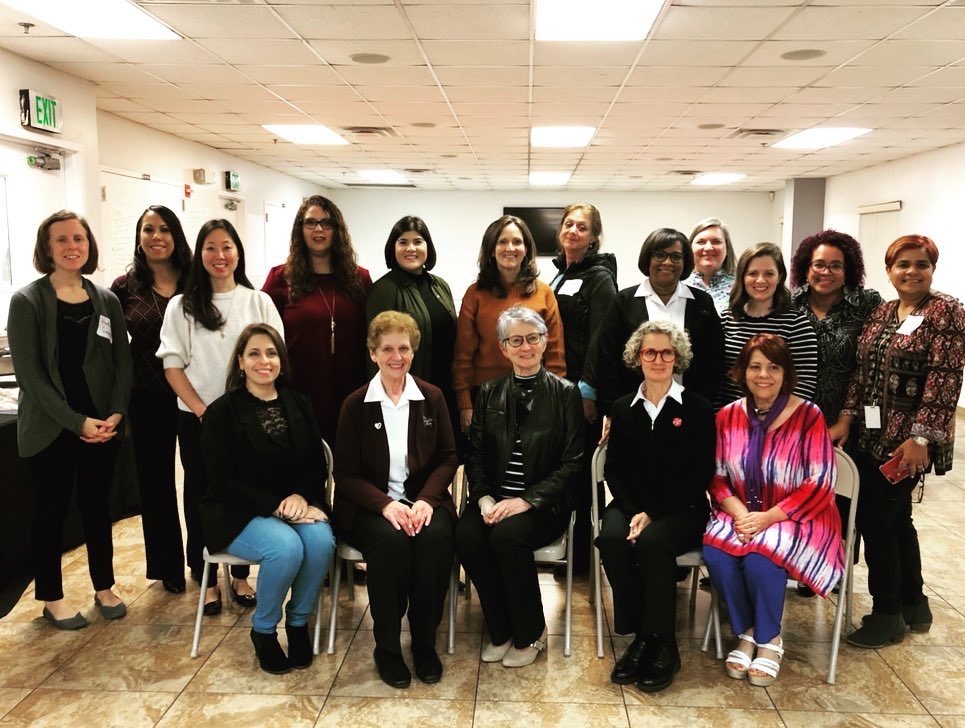 Evangelical women from many traditions across the United States came to Orlando on January 29-30, 2020 for a special consultation about the unique contribution of women to the discipleship and growth of God’s Kingdom.

It was a historic occasion because it was the first time women leaders from evangelical backgrounds have met to share stories and experiences, and to pray and plan. Some of the women are leaders in churches but more commonly, their leadership is in NGOs, education and Christian social justice.

The 25 women valued the chance to celebrate the unity of faith and the ways women can work together more effectively, share resources and support each other. They also talked openly in a safe space about the issues that tend to divide the American (and global) Church on the roles and contribution of women.

Among the participants were the first Latinx woman to hold a senior role in the American Bible Society and a woman who supports over 30 missions projects for her denomination in Europe. They both spoke of the hurdles they had to overcome to have their gifts and experience recognized. The head of advocacy for World Relief contributed from her experience – often she is the only woman in a policy meeting and still has to deal with suggestions that she might like to make the coffee. Five of the women have doctorate degrees in theology.

In 24 hours, these women with busy lives and big responsibilities focused on ways to co-operate more effectively. They also want to be a leading voice on how women can contribute more fully to the Church in America, in particular, the National Association of Evangelicals (NAE).

The seeds for the meeting came from Tom Correll, the Global Church Representative at the National Association of Evangelicals, inspired by the contributions of many women’s groups that exist within the world evangelical family.

Two skilled and experienced women led the discussions: Commissioner Sharron Hudson heads women’s ministries for the Salvation Army in the USA and Rev Jeanette Salguero is in joint leadership of Calvario City Church in Orlando as well as being a representative of Latina churches in the States.

Jeanette Salguero is hopeful about the impact of women being encouraged and listened to, “I saw God’s gifted women coming together to support each other and commit to help other women and men to be all they can be in the Kingdom of God.”

Colonel Janet Munn, a keynote speaker at the event, is head of the International Social Justice Mission of the Salvation Army at the United Nations. She spoke of the need to listen to women’s voices in every aspect of church life and for women and men to champion each other. “We want allies in men and we want to tell success stories of how men and women can respect each other, otherwise the whole church suffers”, she said.

The group acknowledged that women from non-Anglo backgrounds face a double dose of discrimination in their churches as well as wider society.

There was also discussion about the toxic comments made about women by some in the Church and the group argued strongly that good teaching of scriptures, listening to the stories of women, and encouraging women and men to overcoming enmity are keys to better stories in the future.

Sharron Hudson said of the meeting, “Now that we have met and talked over our fears and opportunities, there is a great desire to address some of the practical issues. We are not sure what the future of the group will look like, but we all want to explore more together.”

The women are keen to take their conclusions to the NAE and to forge stronger links with more women. And as a next step, Sharron Hudson will represent America at the up-coming global women ‘s consultation of the World Evangelical Alliance being held in Toronto later this month.

How Early Christians Handled Their ‘COVID-19’