“I am very excited to welcome Theresa and Janet to the WEA. They both bring a wealth of experience and will contribute to greater strength, diversity and skill in the leadership of our global body,” said Bp. Efraim Tendero, Secretary General & CEO of the WEA.

Commenting on the renamed Global Theology Department, Bp. Tendero emphasized that “as evangelicals, the Bible and theology are core to everything we do. And with Theresa, the department will be led by someone whose life has been marked by deep theological reflection coupled with a desire to practically apply our faith and conviction to everyday life.” 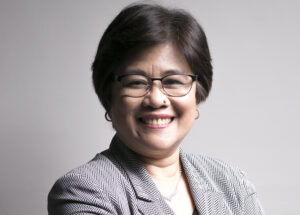 Dr. Theresa Lua from the Philippines has since 2016 served as General Secretary of the Asia Theological Association (ATA), the largest network of theological schools in the evangelical world with more than 360 member institutions from 33 countries in Asia and beyond. She previously held roles at the Asia Graduate School of Theology, the Alliance Graduate School and continues to serve on the Philippine Commission on Higher Education as member of the Technical Committee for Christian Formation. She is also on the board of the International Council for Evangelical Theological Education and Re-forma, a WEA-cosponsored initiative to provide certification for informal and non-formal training programs for pastors worldwide. Dr. Lua succeeds Bp. Dr. Thomas Schirrmacher who will be inducted as the next Secretary General & CEO of the WEA at the Leadership Handover Ceremony this coming Saturday.

“I consider it a great privilege to be appointed as Director of the Global Theology Department of WEA. I accepted this role with the full support of the ATA Board knowing that ATA and WEA will be partners in serving the global body of Christ,” said Dr Lua upon her appointment, and added: “I envision a Global Theology Department that facilitates a greater regional and global collaboration in addressing the theological concerns of the Church today and in meeting the need for adequately trained pastors and workers. We will work at implementing and complementing all available tools and ways of theological education through the different training networks in WEA.”

The second appointment is for the newly created department focused on Global Advocacy. “Since its formation in 1846, the WEA has been concerned about human rights in general and religious freedom in particular. Over the past years, our engagement at the United Nations in Bonn, Geneva and New York has gained momentum, so we wish to unite these efforts under the new banner of Global Advocacy,” Bp. Tendero explained. “In Janet, we are privileged to have found a leader who has spent decades in advocacy in academic research as well as in speaking out for religious freedom for all. Standing in solidarity with those who are discriminated against or persecuted for their faith is part of who we are as a global family of believers.” 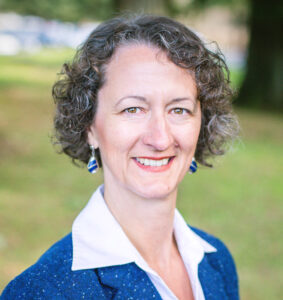 Dr. Janet Epp Buckingham from Canada is a professor at Trinity Western University (TWU) and has served as the Director of the Laurentian Leadership Centre in Ottawa since 2006. She researches and publishes on religious freedom in Canada and internationally. Before joining TWU, she served with the Evangelical Fellowship of Canada, WEA’s national member body, as general legal counsel and later as director for law and public policy. In 2019, she took up the position of managing editor of the International Journal for Religious Freedom that is published by WEA’s International Institute of Religious Freedom (IIRF), and she has also just been appointed to head up the IIRF’s newly established Vancouver office. Dr. Buckingham will officially assume her new role at the beginning of July.

“I am delighted to join the WEA in the capacity of Director of Global Advocacy. The WEA’s offices at the United Nations in Geneva and New York provide incredible opportunities to highlight the important issue of religious freedom internationally,” said Dr. Buckingham, and added: “I look forward to working collaboratively with these offices along with the Religious Liberty Commission and the International Institute for Religious Freedom to enhance the WEA’s contribution to the protection of religious freedom around the world.”