‘Current Dialogue’ Publishes Findings of Islam Consultation, Including the Position of WEA

The new Programme Coordinator for Interreligious Dialogue and Cooperation of the World Council of Churches (WCC), Clare Amos, from the Anglican Church in Great Britain, has revived the department’s magazine “Current Dialogue”. After a new issue 2011 on Buddhism, which contains “An Evangelical Response to Christian Self-Understanding in a Buddhist Context” by Prabo Mihindukulasuriya from Sri Lanka, who represented the Theological Commission of the World Evangelical Alliance at the World Council of Churches consultation on Buddhism, now follows a special issue on a consultation on Islam of October 2008. 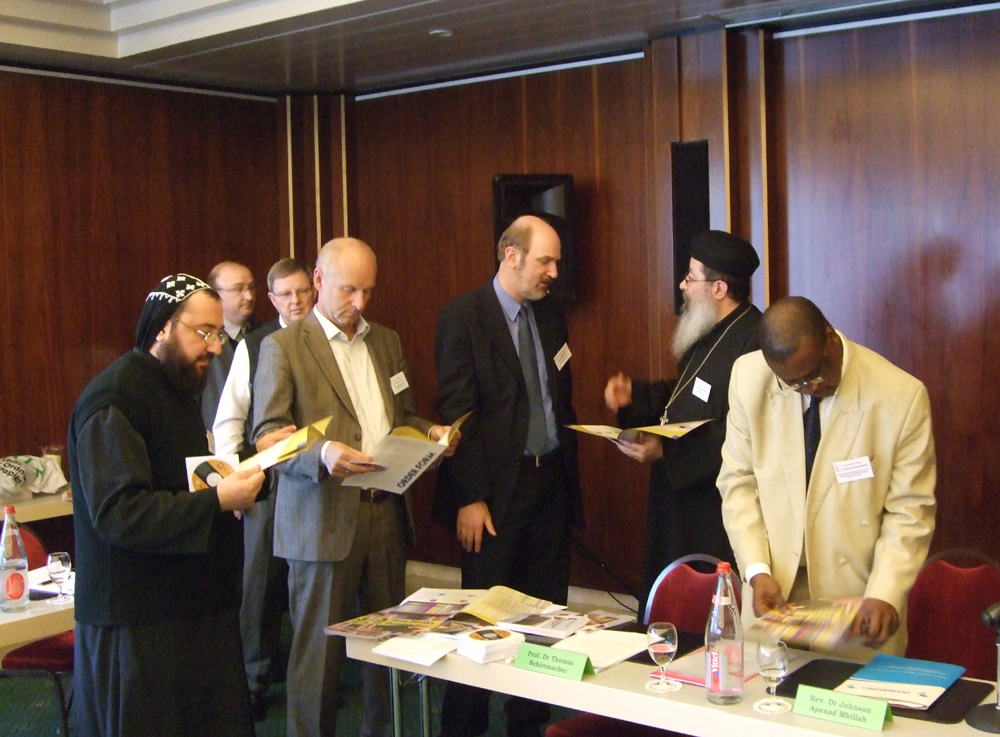 October 2008 was exactly one year after the publication of the historic document “A Common Word” by a group of 138 Muslim leaders and scholars, which invited Christians to engage with Muslims on the basis of their sacred commitment to ‘Love of God and Love of Neighbour’. Clare Amos speaks about “The unprecedented opportunity and momentum for Christian-Muslim dialogue represented in the invitation of ‘A Common Word’ lead to ‘The enabling ecumenical platform established by the joint initiative of the Christian World Communions (CWC), the World Evangelical Alliance (WEA) and the WCC’.”

The two-day consultation, held at the Hotel Chavannes de Bogis near Geneva, was attended by fifty people, including both experts in Christian-Muslim dialogue and Christian leaders who represented the fellowship of WCC member churches, the WEA and a variety of CWCs, including the Roman Catholic Church. The main goal of the consultation was according to the report: “To seek mutual enrichment and commitment by providing space for churches and communions to share their initiatives, perspectives and specific theological resources for engaging with Muslims.”

Among other contributions, Dr. Thomas Schirrmacher presented “An Evangelical view” for the World Evangelical Alliance representing both the Religious Liberty Commission and the Theological Commission. Staff members of WEA’s Institute of Islamic Studies were also present, who worked on the committee preparing the final statement.

In the summary of his speech and the following discussion (p. 12-14, see first PDF below), Dr. Schirrmacher explained the approach of the answer to the 138 Muslim leaders sent by the Secretary General of the WEA (see below). In four key points he explained, that the WEA has a multilevel approach:

1. Mission that always has to go together with peace and respecting the human dignity of others;
2. Witness in the face of martyrdom and persecution, where churches have to be strengthened and wherever possible political solutions have to be found;
3. Personal relationship and hospitality, both between leaders and between Christian and Muslim neighbors;
4. Speaking up on behalf of the religious liberty of all, including discriminated Muslims, as speaking up for religious freedom does say nothing about whether the truth claims of other religions are true or not.


Read further:
> Extract from “Current Dialogue” 52: Report on WEA contribution [PDF]
> Answer of the Secretary General of the WEA to the Muslim leaders of the “Common Word Initiative” [PDF]