A New Director for Missions and Evangelism Appointed

As a commission of the WEA, the MC is an inter-generational global community of missions leaders intersecting alliances, movements, networks, agencies, churches and ministries with the objective of strengthening participation in God’s mission. The Chair of the MC’s Global Leadership Council, Peter Tarantal, wholeheartedly endorses Jay’s appointment: “We are confident that Jay is God’s person for the MC in this critical season of redevelopment for the future of missions. He has served the MC well as a leader of the mobilization network, in publications and more recently as an Associate Director supporting David Ruiz and then Bertil Ekström in the interim. Jay’s mixed Māori and European heritage provides the MC with a leader able to appreciate both ‘Global South’ and ‘Global North’ perspectives, and we believe he will build strong relationship bridges between the two in the global missions community for God’s glory.” 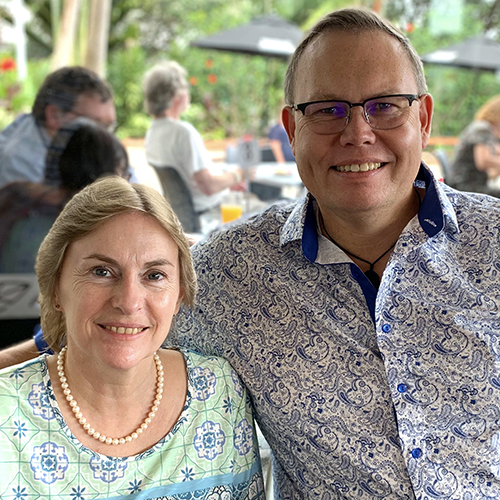 Jay, aged 52, has been married to Pauline Wood for almost 30 years. They have served missions for almost as long, with Jay focusing on mobilization and missions group development while on staff of missionary deploying agencies. In 2015 he was recruited to lead Missions Interlink (MI NZ), the alliance of missions in Aotearoa New Zealand. By mutual agreement with the MC, MI NZ is seconding Jay to serve the MC.

Jay first connected with the MC in 1998 through a mentoring relationship with former Executive Director, Dr. Bill Taylor. He joined the mobilization network in 2007, leading that network between 2011 and 2018, during which time the mobilization research team produced “Mission In Motion”, a book of their findings that Jay co-authored with Professor Malcolm Gold Ph.D. Following that 2016 release, Bill Taylor passed onto Jay responsibility for MC publications and in 2018 David Ruiz invited Jay to join the MC leadership team as Associate Director with special focus on funding, administration and communications support.

“I am called to serve” notes Jay. “If Pauline and I were to choose one ‘rule of life’ that guides us it would be this: ‘it is not what we do, but what we enable others to do that will be our greatest contribution to God’s mission’”. Regarding the MC, Jay believes it is “a unique hub in the complex web of global missions networks — ‘a fellowship of differents’ if you will. We are a safe space for missions practitioners and theorists with diverse perspectives to meet, listen, share, and grow as we influence each other for God’s glory. I see my leadership responsibility as guarding that space, broadening inclusion and fostering belonging for the benefit of all in the global missions community. The MC’s agenda is simple: to learn from each other as we unify in Christ around the common cause of extending the Kingdom of God in its glorious, multifaceted, culturally-diverse manifestations throughout the whole world.”

Jay hosts a blog at jaymatenga.com and can be found on Facebook here: bit.ly/jaymatengafb The MC website is: weamc.global

Over two billion Christians in the world today are represented by three world church bodies. The World Evangelical Alliance (WEA) is one of those, serving more than 600 million evangelicals. Launched in 1846 to unite evangelicals worldwide, the WEA continues to be a dynamic movement with 7 regional and 129 national Evangelical Alliances, and over 150 member organizations. WEA’s mission is to foster unity in Christ, strengthening identity, voice, and platform for Gospel witness and discipleship. For more information, e-mail [email protected] or go to Worldea.org.