Business Coalition: Spiritual Investments - It Doesn't Have to be Just Charity!

Recently, two significant events have emphasized the meaning of business and investment for church and ministry development.

The Business Coalition of the World Evangelical Alliance invited experts from 16 countries around the globe to gather at the Josua Church in Hamburg and strategize commonly about synergies of business, church and investment. Speakers such as Doug Spada (USA), Prof. Vishal Mangalwadi (India), Julia Profeta Johansson (Brazil), Chris Conant (USA), Dr. Richard Higginson (UK) and others inspired the participants towards a holistic perspective in order to build Gods Kingdom together.

There are various different terms including, Spiritual Venture Funds, Kingdom Impact Investments or Faith in Finance initiatives, which focus on profitable business projects in order to allocate resources which in turn strengthen the global body of Christ and Christian values in our society. 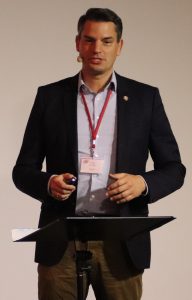 The International Director of the Business Coalition, Rev. Timo Plutschinski (Germany) said: “We desperately need a ‘Monday Boost,’ a very strong force into finance and the marketplace in order to awake the sleeping giant of Christians who make use of their professional work in business and investment to build church at last.”

The same approach was valid a few weeks later when investors, asset managers, developers and church representatives met at the World Council of Churches in Geneva in order to bridge the gap between faith and investment. The conference which was entitled “FaithInvest: Impactful Cooperation” was sponsored by the Geneva Agape Foundation, World Council of Churches (WCC), and the UK-based group FaithInvest.

The two key opening speakers were Martin Palmer (UK), President of FaithInvest, and Prof. Christoph Stückelberger (Switzerland), Executive Director of the Geneva Agape Foundation, who said: “We want to be innovative. We have a mandate to be innovators in this world from the giver of life and strengthen cooperation.”

Palmer for his part said that for many years there appeared to be a dichotomy between faith and investment. “That gap is now closed, partly because the faiths, and particularly Christianity, have found that naturally there is a link. Secondly, because events have somewhat overtaken us, like the climate change crisis.”

The major religions in the world own about 14 to 15 percent of the total financial market, at least at the big institutional level. At a smaller level, diocesan, temple, synagogue, etc. it probably takes us to 20 percent. Religious believers are, whether we like it or not, a major factor in investment wealth.

The crucial question is how these investments can become more consistent with the Christian values and have a positive impact on mission development. This has to form much of the future debate.

In his final remarks Timo Plutschinski presented two examples of profitable business projects: on the one hand provide professional E-games with biblical content and on the other hand an online platform using artificial intelligence to serve and connect networks of Christians worldwide realizing projects more efficiently. Both earn money, are independent from donations and build God´s kingdom. A perfect fit.