Cuba was 85% (nominal) Roman Catholic before Fidel Castro transformed the island into the Communist gem of the western hemisphere. Today, according to a 2009 story in Christianity Today, the evangelical church is growing. One church leader says, “We are working inside Cuba now, and someday we will join everyone else in the missionary activity of the world.” 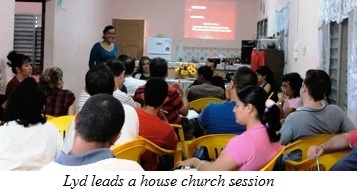 In the meantime, Partners in Christ International (PICI) is spreading the DNA message on the island. Lyd Pensado is a Mexican national on staff with PICI. She recently traveled to Cuba where she and and the PICI director for Mexico taught workshops which include DNA material. As she said, “We used a lot the DNA material; it’s great!!”

Lyd mentioned that one special moment came when Maria (not her real name) shared her testimony. Maria had just come to faith in Christ in the early 1990s when Cuba entered a time of severe economic difficulty triggered by the loss of the annual Soviet aid package of $4-6 billion. Maria saw everything “transformed …  even the human being was transformed … I saw things that I was not really ready to see.”

When Lyd heard this testimony “that was the moment that I realized the impact of the Gospel, the power of teaching a Christian worldview, and how this has the potential to transform a nation.” 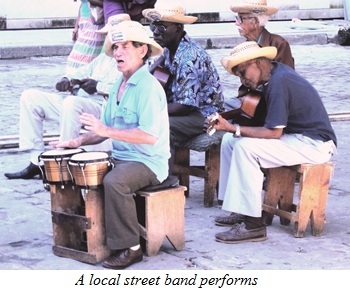 Lyd is excited about a new commitment to prayer and to “encouraging our brothers and sisters to extend the Kingdom of God in Cuba.” She went on to say,

“This also motivates us to continue work here in Mexico because we believe that this generation and the next will be those who represent God in their society and are the driving force for the transformation of the nations, creating movements that touch hearts and cross borders to unite us with those who also want to extend the Kingdom and reach those who don’t know Christ. Please include in your prayers the Church in Cuba as you pray for us.”

Disciple Nations Alliance is a Global Partner of the World Evangelical Alliance. For more information, go to: www.disciplenations.org.