Something special and significant for the Singapore Church could be said to have taken place in May 1980.  A series of events, especially in the latter half of the 70’s culminating in the Singapore Billy Graham Crusade in December 1978, contributed to the formation of the Evangelical Fellowship of Singapore on 24 May 1980. With emphasis on concerted prayer, co-operative evangelism and a co-ordinated missions programme, EFOS was very much involved as  the churches  march   into the 80’s experiencing and expressing a new sense of unity.

In a multi-lingual, multi-cultural and multi-religious country where about 18% of its population is Christian, EFOS seeks to have a role and influence for churches in Singapore  to present a united  and winsome witness as salt and light. 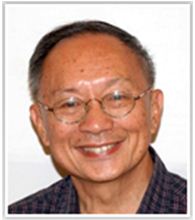 What are objectives of EFOS?

What are your vision and goals for the EFOS?

As Christians we may easily be  preoccupied with our own churches and agendas that we may forget the concept of and concern for the Body of Christ. The vision of EFOS is to also  remind people that we need to experience and express Biblical Unity in Christ. In Singapore we are conscious that we live in a very secular, multi-lingual, multi-religious society so there is a need for the Church to present a welcoming and winning witness to our biblical faith.  We would like to show the Christian community and outsiders the positive and loving way of how Christians view and relate to one another and how differences can be approached, appreciated and handled.

The goal for this year is to increase the membership and commitment of churches and Christian groups that can identify with the vision and work of EFOS.

We in EFOS are very thankful that since 2006 we have been called to get churches together for the Global Day of Prayer in Singapore as an annual event. Every year we have the joy to see a new language group added to be part of GDOP. These increases in praying together by the different Christian communities here in multi-lingual Singapore have been most encouraging. People can pray comfortably in their mother tongue. Beside Chinese and English which are common here we were also able to see Christian groups from Philippines and  India  praying  in various Indian languages like Telugu, Tamil and Hindi.

Global Day of Prayer also includes Youth and Children groups as well. One or two new tracks are being introduced every year.  This year we aim to add Thai and Korean praying groups as well.

(1)   We are thankful that we can serve the people on the Island of Nias  located off the western coast of Sumatra, Indonesia. The terrible Tsunami of December 2004 and the enormous earthquake of  magnitude 8.7 in  January 2005 ruined towns and villages on the island. To give help and hope to the stricken Niasians, EFOS initiated a center to improve the lives of farmers and their families by teaching them to use modern farming methods.

The joint efforts by the Evangelical Fellowship of Singapore (EFOS), Vision Network and Singapore Red Cross have trained  as many as 400 farmers, representing well over 2,000 people. We have  helpedthem improve their crop yield, grow more types of crops and practise organic farming . Furthermore the ‘Livelihood Training Centre’ or LTC which we built has the capacity to train 250 more farmers every year.

We have handed the Project to Yayasan Holi’ann’a, a local NGO.

(2)   In my EFOS capacity, I have been invited to be one of the mentors for a workshop/seminar called “Emerging leaders in Asia” where every year we gather 30-40 young leaders across Asian countries with attempt to train, advise and share experiences with them.

So these 2 examples show something of  our little input for  regional development in addition to our constant prayers for our brothers and sisters in need or danger.

EFOS has co-organized 2 big workshops. First one: “Corporate Governance Seminar” in order to help the church and charity leaders not just to marginally meet official requirements but also to excel in the area of governance . This also represents our witness for Christ. The seminar was jointly organized by the Evangelical Fellowship of Singapore (EFOS) and Lawyers’ Christian Fellowship (LCF), a sectional group in the Graduates’ Christian Fellowship ( GCF ). There were 210 pastors and ministry leaders from 61 churches and 19 para-church organizations in attendance. 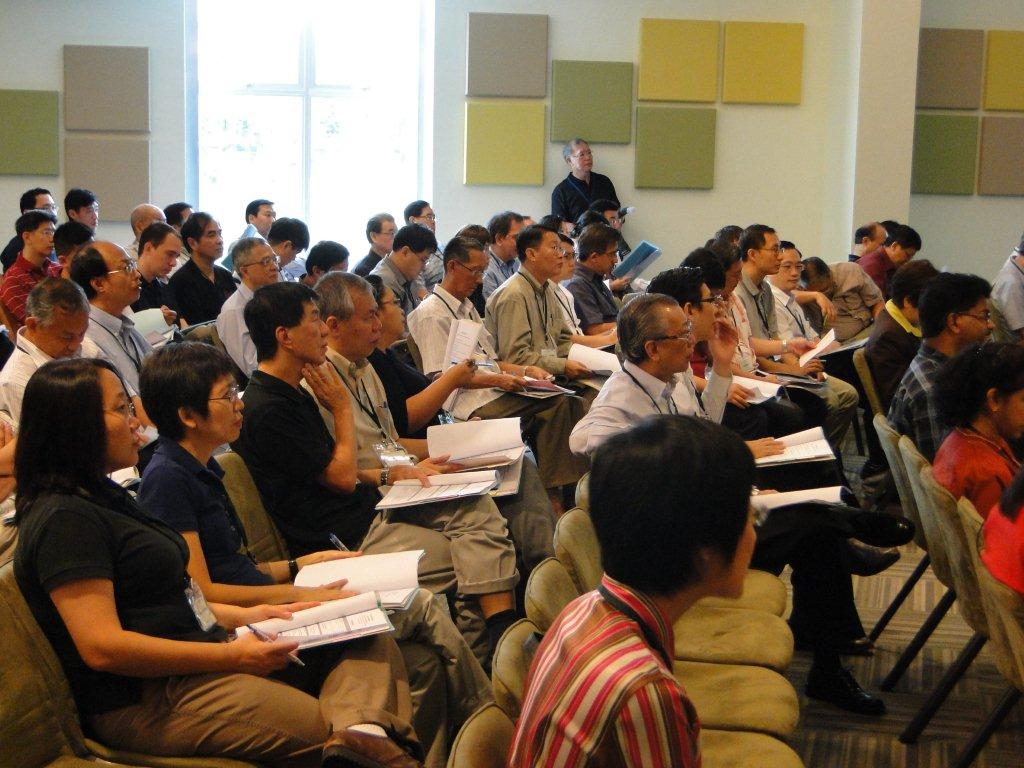 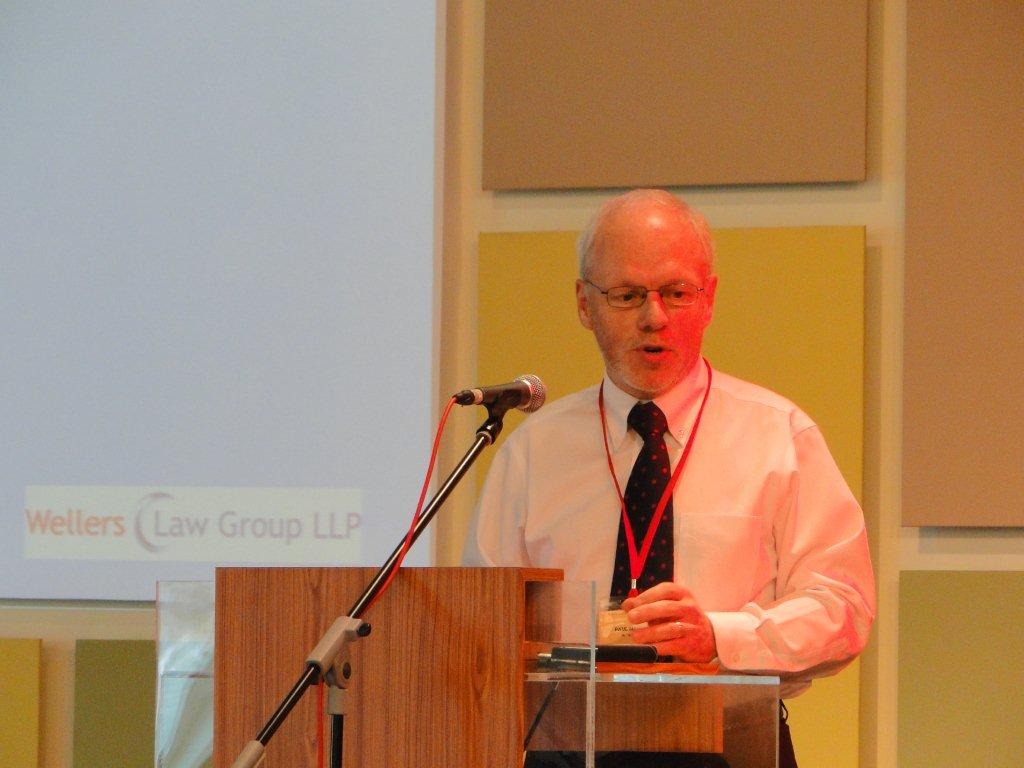 Second one: “Seminar for singles” addresses the issue of singleness. With focus on Biblical basics for relationships lecturers could explain that each individual Christian is precious and that Lord has a plan for every person on Earth.

These  2 big workshops have been very much appreciated and accepted.

Yes, we do. In fact one of us did attend one of the courses from the Leadership Institute. In current conditions we do not have the capacity to utilize this resource. However we do look forward to using this great tool. We may create awareness on our website through testimonies of individuals who have  taken  the courses.

We have been enriched and encouraged  through networking with WEA especially through workshops eg  “The Gospel & Neighbors of other Faiths Congress” in Seoul, South Korea in 2011. Regular WEA Newsletters have been helpful with  worldwide news, such as about persecution in other countries. Such news  can take us out from our preoccupation with our own small world. It is so easy to  be wrapped up in our own activities and self-sufficiency, WEA communications create awareness and can help us pray for our brothers and sisters in need.

·Pray for the leadership of Yayasan Holi’ann’a and the continuity of engagement of EFOS on the Island of Nias, North Sumatra, Indonesia. It may seem like an insignificant island at first glance.  It is however considered as the most Christian Island in Indonesia with 800,000 inhabitants and more than 1,300 church buildings.

Could you provide a testimony of someone who has been positively affected by the work in the Alliance? 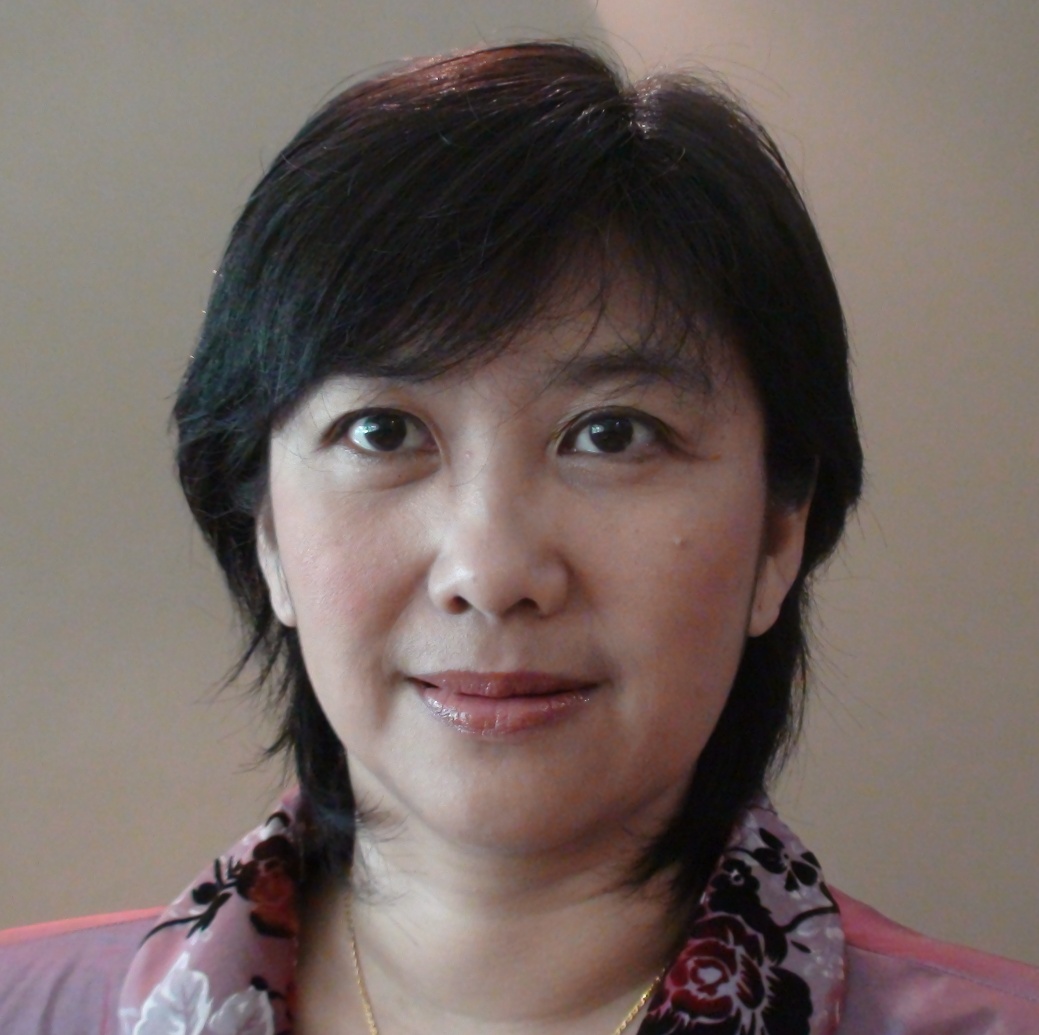 “The Evangelical Fellowship of Singapore (EFOS) was instrumental in starting the Global Day of Prayer in Singapore. Since 2006, EFOS continues to create the means for many different people groups to have a national platform to gather and pray as one body, including children. The ‘ARISE!’ ministry has been blessed to have been involved with EFOS since 2006. The covering and support of EFOS has enabled us to continue pioneering the work of equipping and releasing children in the areas of worship, prayer and missions. EFOS’ efforts to unite the body is evident in the different ministry work it undertakes and the vision we are running with today, to see children in every time zone of the world gathered on April 14, 2012, in worship, could not have been undertaken without the EFOS platform.”

Founder and International Coordinator of ARISE!