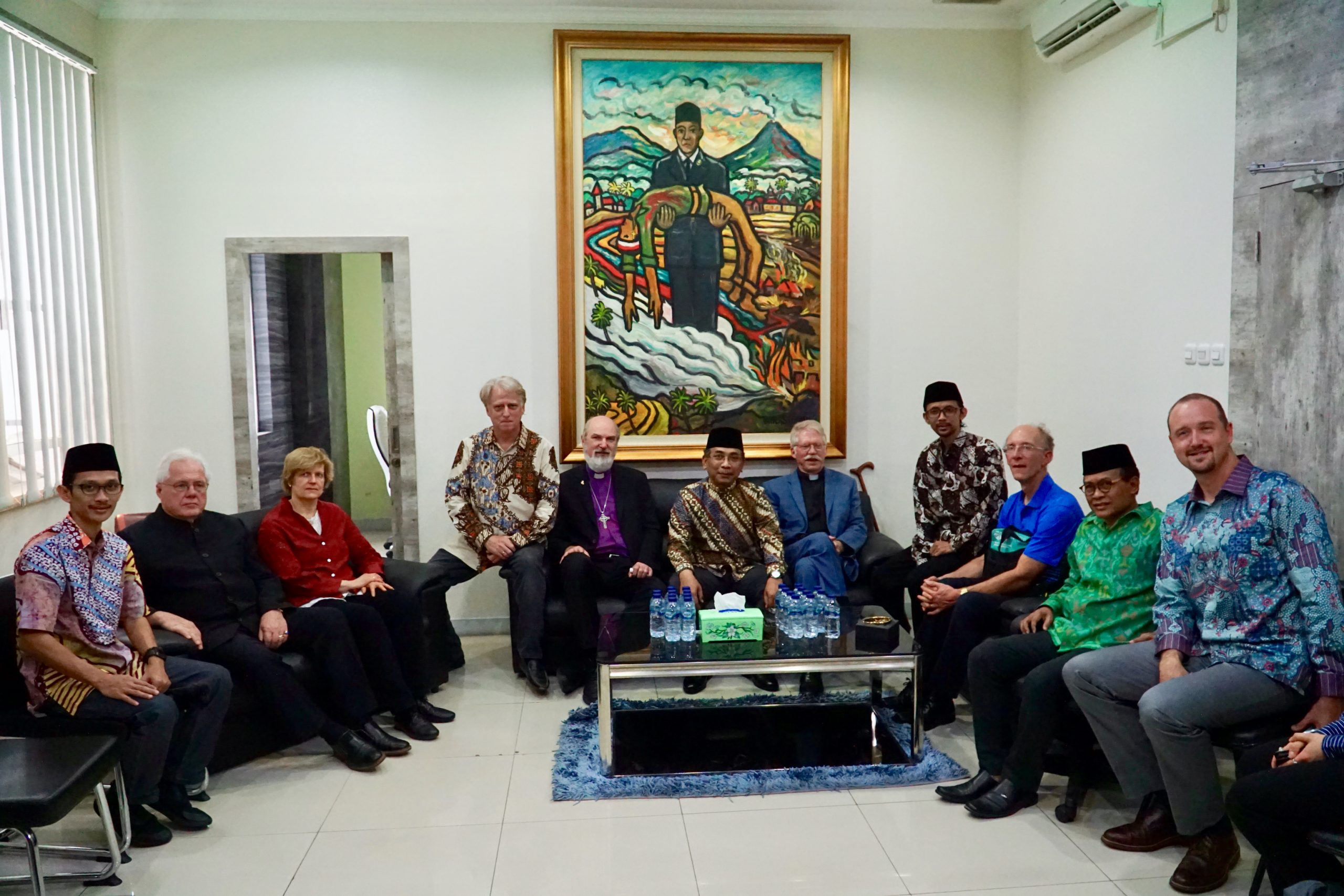 Leaders from the world’s largest independent Muslim organization and the world’s largest Evangelical Christian organization are beginning a joint effort to respond globally to threats to religious freedom coming from religious extremism and secular extremism. They have appointed top-level theologians, human rights theorists, and religious freedom activists from both religions to a Humanitarian Islam/World Evangelical Alliance joint working group to reshape the global discussions and interactions of religions in academia, public life, education, conflict resolution, and humanitarian needs. This comes in direct response to terrible levels of religious persecution and religiously motivated violence seen in the twenty-first century.

The Muslim participants represent Humanitarian Islam, which is rooted in the Nahdlatul Ulama (NU), with an estimated membership of more than 90 million, primarily in its home country of Indonesia. Since its founding almost a century ago, NU has gained wide recognition for its promotion of a version of Islamic orthodoxy characterized by respect for religious pluralism and tolerance. Its members are now found in most major cities around the globe.

The 2017 ‘Gerakan Pemuda Ansor Declaration on Humanitarian Islam’ and 2018 ‘Nusantara Manifesto’—both promulgated by NU’s young adults organization—argue that certain obsolete tenets of Islamic orthodoxy lend themselves to the weaponization of religion for political purposes, and are being systematically exploited by state and non-state actors including ISIS, al-Qaeda, the Taliban, Hezbollah, Saudi Arabia, Qatar, Iran, Turkey and Pakistan.

The Christian partner in this project is the World Evangelical Alliance (WEA), which—thanks to the global growth of evangelical Christianity in the late 20th and early 21st centuries—has become one of the most prominent world-wide Christian bodies, representing over 600 million Christians with national evangelical alliances in 130 countries.

“We seek to lay the foundation for a peaceful and stable global civilization, and look forward to working with our friends from the World Evangelical Alliance to help bring this about,” said Kyai Haji Yahya Cholil Staquf, General Secretary of Indonesia’s Nahdlatul Ulama Supreme Council. “Certain obsolete and problematic tenets do indeed exist within Islamic orthodoxy and continue to shape the mindset of many Muslims. These problematic elements are the legacy of a past civilizational reality, which was characterized by persistent religious conflict. They are no longer relevant nor compatible with the geopolitical and demographic realities of the 21st century. Hence, we need to develop a new normative platform of religious orthodoxy, which does not legitimize hatred, supremacy and violence.”

In response Thomas Schirrmacher, WEA Associate Secretary General for Theological Concerns and Religious Freedom, commented, “Even though the WEA has a large dialogue program with top Muslim leaders worldwide, we especially seek a close cooperation with those Muslim leaders and theologians who join us in fighting for human rights and against racism, religious extremism outside Islam, and religious extremism inside Islam, and any way to subordinate the State under any religious group. We have studied in depth the reasons why Indonesia takes a different and positive road in its relation to religious minorities and are convinced that it would be helpful if Indonesia could present its experience to as many other states as possible.”

High-level representatives of NU and the WEA have met in Jakarta and agreed to form a joint working group (JWG). The Muslim delegation in the joint working group will be led by C. Holland Taylor, Emissary for the UN, Americas and Europe of Gerakan Pemuda Ansor, NU’s 5-million-strong young adults movement. Ansor and Bayt ar-Rahmah—a U.S.-based religious organization that helps coordinate the global expansion of Nahdlatul Ulama operations—serve as the organizational home for the Humanitarian Islam movement. The Christian delegation in the joint working group will be led by the human rights theorist and ethicist Dr. Thomas K. Johnson, who serves the World Evangelical Alliance as senior advisor for theology and religious freedom and who will continue his role as WEA Special Envoy to the Vatican.

After extensive discussions, Taylor and Johnson have issued the following statement:

“Many thoughtful observers have expressed concern about a renewed clash between Christian and Muslim civilizations and view every act of aggression between Muslims and Christians as another step in this direction. In these circumstances, the world needs to know that a major Christian body and a major Muslim body are not only at peace with one another, but they have pledged to actively cooperate for the betterment of humanity. Rather than being on opposing sides in a potential clash, Evangelical Christians and Humanitarian Muslims are committing to help protect each other’s religious communities, guided by a moral compass that is rooted in universal ethics and values. This is not the peace of shared religious beliefs; it is the peace of compatible approaches to life in society.” 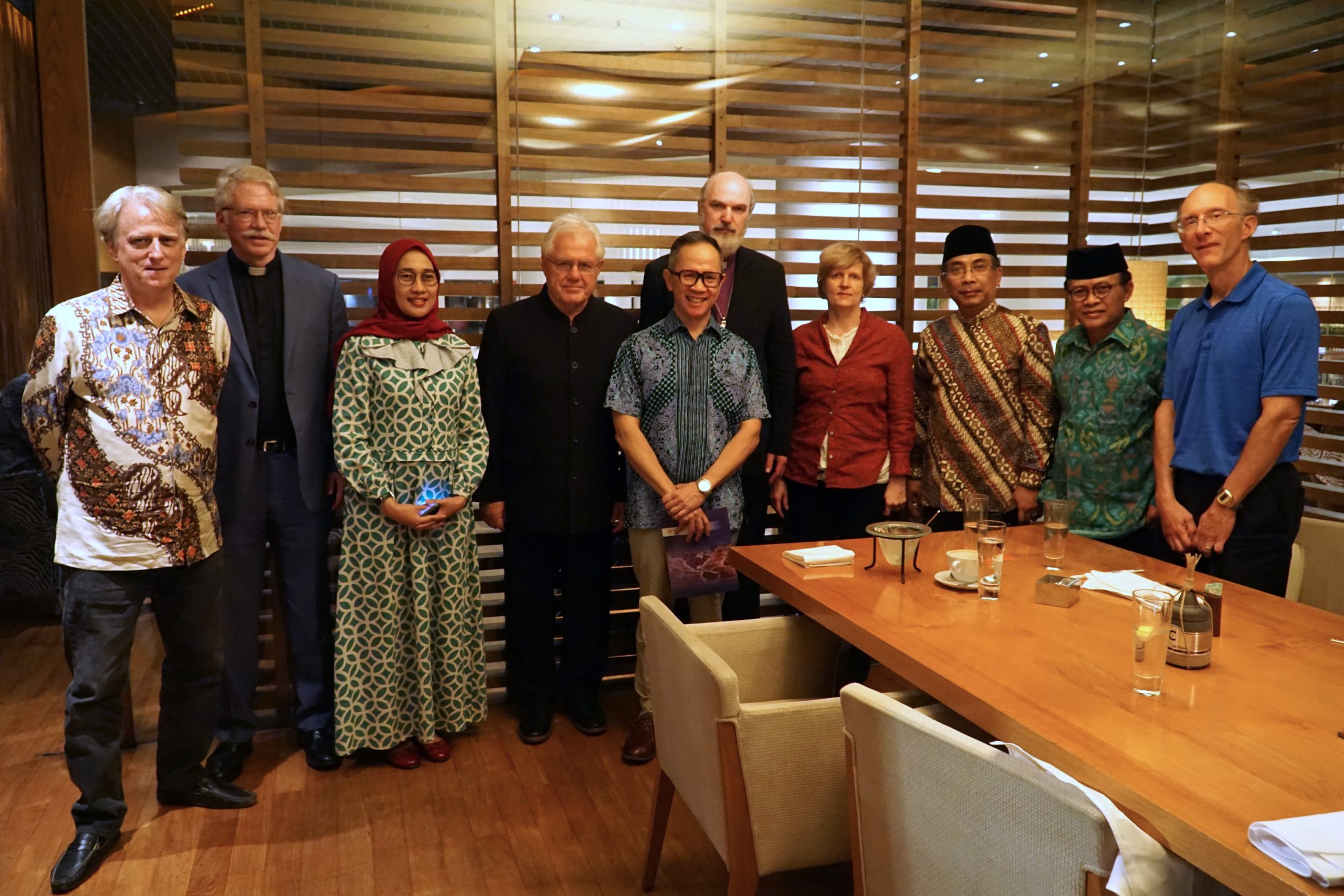 “Though we may always understand God and relate to God in very different ways, Humanitarian Muslims and Evangelical Christians agree that human life, family, faith, reason and property are fundamental human goods essential to comprehensive well-being in this world. We know these human goods are vulnerable and require protection from various threats, including both religious extremism and forms of secular extremism that seek to marginalize or even eradicate the presence of religion in social and public life. We therefore pledge to work together to strengthen and advance those social and legal norms, including basic human rights and liberties, that are essential to safeguard these fundamental human goods. We also believe in the existence of universal ethical standards, which will inform and inspire our collaboration in the realms of theology, politics, conflict resolution and education, and in the pursuit of shared humanitarian goals.”

The potential impact of this agreement is significant and global in scale. The WEA holds Special Consultative Status in the Economic and Social Council of the UN (ECOSOC); routinely advises political, religious and intellectual leaders in many countries; and is a key player in religious freedom endeavors worldwide. The WEA’s Religious Liberty Commission (RLC) monitors the religious liberty situation in more than 100 nations, defending persecuted Christians, informing the global Church, challenging the Church to pray and giving all possible assistance to those who are suffering.

The Humanitarian Islam movement has direct access to the world’s largest political network—Centrist Democrat International/European People’s Party (CDI/EPP)—via Indonesia’s largest Islamic political party, PKB, which is rooted in Nahdlatul Ulama. In recent years, NU leaders have met with high-ranking officials in the U.S. and many other nations. After a May 2018 meeting in the White House, U.S. Vice President Mike Pence stated that the Trump administration “stands with NU in its fight for religious freedom and against jihad.”

Along with Johnson, WEA delegates to the Joint Working Group include Christine Schirrmacher (Germany), widely read author and professor of Islamic studies at the University of Bonn; and Kyle Wisdom, a Ph.D. candidate at the University of Middlesex who is currently researching Indonesian forms of Islam and political philosophy. Paul Marshall, Distinguished Professor of Religious Freedom at Baylor University, Senior Fellow with the Religious Freedom Institute, and a fellow at the Hudson Institute’s Center for Religious Freedom, is serving as senior advisor. The WEA delegation reports to Professor Thomas Schirrmacher.