How Early Christians Handled Their ‘COVID-19’ 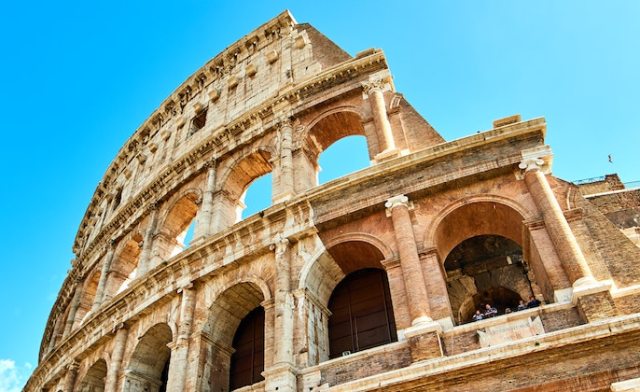 Today most of us sit confined in our homes, unsure of how widespread the COVID-19 virus is in our community, our country, or the world. I frequently open the app counting the global statistics and try to understand what life is like in places where the virus is creating unimaginable havoc.

Some have sarcastically dismissed the virus as being a political foil. Now such silliness is sobered by reality. Others try to spiritualize this pandemic, as if it is God’s punishment for our erring ways.

We aren’t the first Christians to face a global pandemic. In fact, now is a good time to learn how we might deal with this world-being-shut-down crisis. Those in the early church faced two life-threatening epidemics within its first 200 years. The first was in 165 A.D., in which up to one-third of Roman citizens died, and the second was in 251 A.D.

My point in noting these early Christians is for one basic reason: that we will choose hope over confusion, humility over arrogance, empathy over self-interest, faith over fear. So that in recognizing our frail humanity, we will welcome the pervading presence and life of the Spirit to assert God’s will over our own distractions, providing us with a different way in which we view and make sense of what for too many is an existential reality.

Instead, let us see today and tomorrow through the prism of God’s grace and love.

Learning from the Early Christians

In these second and third-century catastrophes, Christians, who were then just a very small minority, exerted extraordinary impact on their societies. Facing headwinds of human devastation, they wasted no time, nor spared personal effort, to care for those struck down by those deadly pathogens.

Sociologist Rodney Stark in The Rise of Christianity[i] notes that in the midst of human calamity, the Christian community survived and thrived. He suggests three reasons for this.

First, Christians laid themselves down, even to death, and comforted those who were dying, bringing solace to those afflicted by the deadly contagions.

In so doing, Christians won approval from those who had seen them as a cult or a heresy. With their extraordinary acts of kindness, Christians were then viewed as a caring community and their faith taken more seriously.

The first of these massive epidemics was smallpox (it is surmised) during the reign of Marcus Aurelius in 165 to 180. A hundred years later another destructive epidemic hit (it may have been measles), resulting in a massive loss of life.

However, the extraordinary response from Christians contributed to an unprecedented growth of the church. While pagan religions and various forms of Greek philosophy provided a means of solicitating and appealing to various gods, Christians “offered a much more satisfactory account of why these terrible times had fallen upon their societies. And they projected a hopeful and even enthusiastic portrait of the future.”

Second, Christians bolstered by their faith seemed to endure hardships better than others.

…disasters struck, the Christians were better able to cope, and this resulted in “substantially higher rates of survival” (Stark). This meant that in the aftermath of each epidemic, Christians made up a larger percentage of the population, even without new converts.

Third, Stark reasons that in such a widespread epidemic, “large numbers of people, especially pagans, would have lost the bonds that once might have restrained them from becoming Christians.

Additionally, the amazing survival rate of Christians offered evidence that this disreputable group called Christians should be looked at again. In any case, the number of conversions was substantial. Even in those early days, Cyprian, bishop of Carthage (North Africa), in writing about the 251AD epidemic noted, “…this mortality…has especially accomplished this for Christians and servants of God, that we have begun gladly to seek martyrdom while we are learning not to fear death.”

While the world is constrained by fear, we take on a different posture. We observe facts and listen to scientists, those who are gifted to us by God to make us wise. We then take their analysis and see it through the eyes of our eternal and caring God, always framed by hope. He is our platform from which we observe and respond.

How then are we to respond?

How might we think differently, contrary to the swirling anxiety that fills our media, swamps our family conversations, and paralyzes us when we think of our finances? Below is a suggested way to frame our response. (These ideas from an excellent article by Gary Hoag.)

Listen to our medical experts and keep a distance while praying. Prayer isn’t simple, nor is it always easy, but now we have time. Prayer is God’s gift to us, allowing us to enter into conversation with him, engaging in issues and in the lives of people, by “entreating” or speaking persuasively to our Father.

He is not nervous. He can handle our candid and straightforward talk.

Second, pause and write to people.

Try taking out paper and pen and write your thoughts and insights. Craft for others to read what you are learning from this experience. Write the life-giving words of Christ to inspire others of his power over all creation. (Of course, also use email and text.) Cyprian, bishop of Carthage, wrote:

“The Lord had foretold that these things would come. With the exhortation of His foreseeing word, instructing, and teaching, and preparing, and strengthening the people of His Church for all endurance of things to come.”

Here, Hoag presses us to celebrate in the middle of catastrophe. While “festival” may seem too strong a word today, the bishop of Alexandria, Dionysius, exhorts us not to be caught in modes of despair:

“To other men the present might not seem to be a suitable time for a festival. . . . Now, indeed, everything is tears and everyone is mourning, and wailings resound daily through the city because of the multitude of the dead and dying. . . . But . . . we rejoiced in the peace of Christ, which He gave to us alone.”

Can we find times of praise in the middle of suffering and dying? Yes. That’s what Dionysius, leader of the church, advised 1,800 years ago. Also, the Apostle Paul sent this prayer to the Christians in Ephesus:

I pray that out of his glorious riches he may strengthen you with power through his Spirit in your inner being, so that Christ may dwell in your hearts through faith. And I pray that you, being rooted and established in love, may have power, together with all the Lord’s holy people, to grasp how wide and long and high and deep is the love of Christ, and to know this love that surpasses knowledge…Now to him who is able to do immeasurably more than all we ask or imagine, according to his power that is at work within us, to him be glory in the church and in Christ Jesus throughout all generations, for ever and ever! (Eph. 3:16-21)

Christians are called on to see life empowered by hope. List what you can do today and tomorrow, for yourself and others, all the while relying on the Lord’s presence and help. May HOPE be the defining word of our disposition, attitudes, and resolve, always invoking the Spirit of the living God to enable us to think differently than those who have no such hope.

My friend Dr. Ling of the Republic of Mauritius reminds us to “contemplate this rainbow which appears above the thick clouds which obscure our life.” Grab hold of this biblical metaphor, the rainbow of hope, and daily set that in the sky of your living, so that you can visualize a new way of seeing today and tomorrow.

Tuck this verse into your memory bank: “For God hath not given us the spirit of fear; but of power, and of love, and of a sound mind” (2 Tim. 1:7).