On March 16th -17th, the Kosova Protestant Evangelical Church (KPEC) held its 9th Annual Assembly in Prishtina. Representatives from 38 member churches and organizations gathered for sharing news from their work, discussing important issues, as well as worshipping God at a praise night.

At the assembly, the KPEC could welcome three new members into its fold: the Family Fellowship, the Rebirth of Kosova Fellowship from Gjakova, and the Nazarene Church of Suhareka; allowing the KPEC to grow to a total of 47 members.

"I am very blessed to see such dedication from all of the members to advance the Kingdom of God in Kosova, seeing KPEC as a common home for all of us," Pastor Driton Krasniqi, President of KPEC, shared.

Furthermore a new commission was created during the assembly, with extensive involvement in the issue of the status of ministers in Kosova. This commission will be headed by David Thomas, a member of the KPEC Council, and has as its goal the exploration of best practices concerning the issue of ministers and bringing recommended courses of action before the Council.

The KPEC is also looking forward to the Global Leadership Summit which will be held in Prishtina on October 19th-20th, 2012. Jeff Diehl, a member of KPEC's Council of Ministers, has been commissioned to further promote the event.

Pastor Krasniqi concluded the assembly by saying: "We were pleased to see each of you and were immeasurably encouraged by the great work you are all doing all across Kosova. Please allow me to thank all of you for such noble participation in the Assembly. The positive comments that we received from many of you greatly encourage us to move forward. We on the Council of Ministers are now entering a new year of work and are trusting the Lord for new blessings." 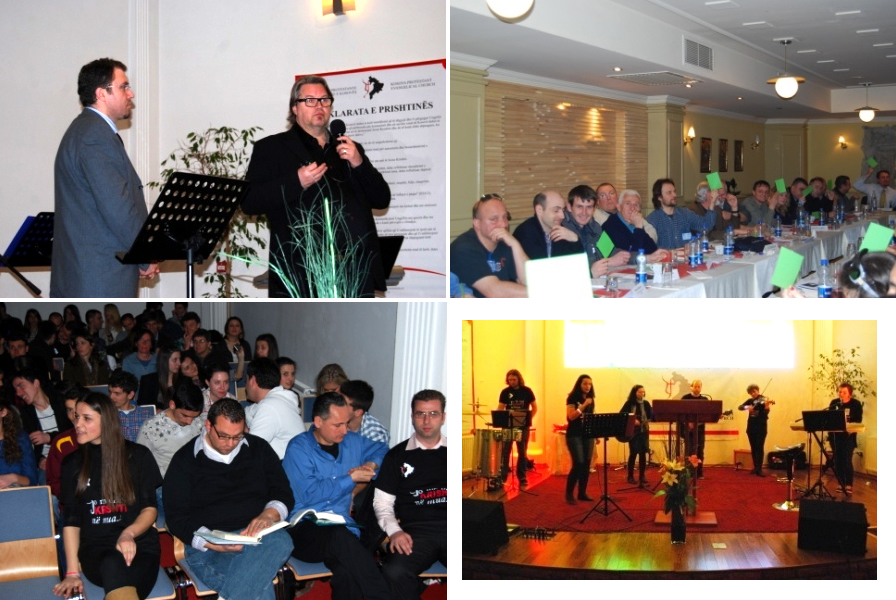