What is the most creative and powerful way to communicate to global activists and experts about freedom of religion when religion and women’s rights seem to be so often at odds with one another?

At the United Nations' Commission for the Status of Women (CSW) this year the WEA and its Women’s Commission  is working in partnership with Open Doors International, the Gender and Religious Freedom forum and All Nations Christian college. Together they aim to highlight how Faith-based organisations can contribute towards social protection and transformation of communities even if they are living under pressure for their faith. We have speakers from India and Subsaharan Africa sharing their learning and expertise plus the latest evidence on Gender-specific persecution brought by Open Doors. 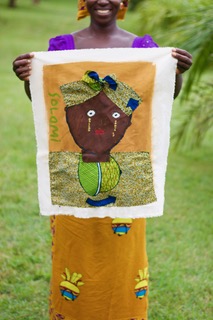 In order to build the messages brought by the speakers a small Theatre Company from All Nations Christian College in the UK directed by Victoria Townsend is using the genre of documentary theatre to highlight the key issues. Victoria has worked collaboratively to write short dramatic pieces based upon research papers on this subject. Traditional fairy tales are retold with a piece of evidence spoken by an actor at the end of the creative piece. For example, Prince Charming in the story of Cinderella Prince Charming persuades Cinderella to become his wife but then treats her as a slave and sells her onto to another man when he sees fit and wishes to take another wife. A seemingly innocent teddy bear’s picnic turns into a scene of abduction where the youngest and most vulnerable is taken and violated but on their return is rejected by their community.

It seems such an uncomfortable concept but its method brings a depth of connection with the subject you rarely see modelled at such events. In addition, Artist, Hannah Rose has provided art works to be displayed during the event. 9 self portraits of women surviving the Boko Haram and Fulani violence are painted and sewn in vibrant African cloths and mounted on canvases. They will be on display. The session will end with an expert panel answering questions from the floor. The hope is that the relevance of this subject is explored with greater clarity to bring a fresh call to action to all participating in this event. There will be a call to actively bring a cross-over or intersectionality of women’s rights with freedom of religion or belief and that together religious communities living under pressure and abuse for their faith can work to empower women to be the agents of change for their whole community.

There is no need to book ahead of time nor to have a UN pass, just come to the Salvation Army Auditorium for a prompt start at 8.30am on Wednesday 13th March.  Why not attend for the day and stay to join more presentations on Human Trafficking chaired by the WEA’s Christine McMillan where there will be more performances by the theatre company and evidence brought by our speakers.