Religious Freedom - a Concern for Evangelicals in Sri Lanka 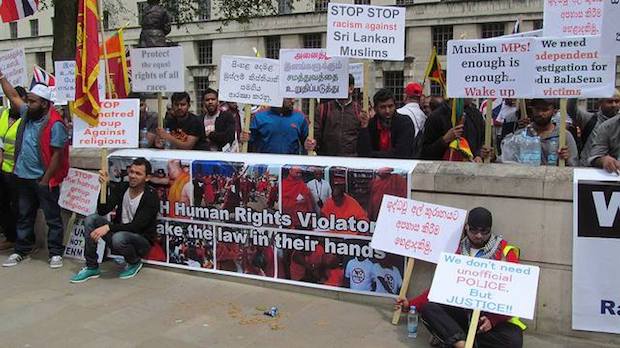 The Religious Liberty and Social Justice Commission (RLC) of the National Christian Evangelical Alliance of Sri Lanka (NCEASL), has released a report which “ assess the response of the law enforcement and judicial systems with regards to cases of religious freedom violations”.

“Seeking justice for religious freedom violations is a drawn out battle”, the RLCNCEASL says in the report.

The information in the report “is mostly drawn from documentation carried out by the NCEASL, police files, journal entries and court proceedings, and mainly conversations with victims and individuals related to an incident and follow up measures to monitor progress”.

Furthermore, “the time period selected was incidents that were pending resolution as at March 2019”, they explain.

“Over the past few years, the situation of religious freedom in Sri Lanka has been a concern. From large-scale violence, such as the 2018 and 2019 anti-Muslim protests or the 2019 Easter attacks, to current restrictions by law, minority faith communities have consistently faced challenges in relation to their rights. to religious freedom”, says Yamini Ravindran, director of the Legal and Advocacy department of the NCEASL.

They found out that “RTI law is inadequate to assess the response of law enforcement authorities and the judiciary and to gauge the challenges faced by victims pursuing justice for religious freedom violations”.

That is why “victims of religious freedom violations often complain that, instead of providing comfort, legal systems andthe police have worked to add burdens on them in their search for justice”, Ravindran concludes.

Next phase of the report
The RLCNCEASL is already working on a second phase of the investigation that “seeks to follow up further on the response of law enforcement officials and the judiciary to incidents of religious violence”.

They expect that “the methodology of Phase 2 will involve the RTI process and interviews with persons concerned. In terms of the RTI mechanism, the next phase seeks to make appeals to the RTI Commission as well, in the event of a failure to receive responses from the public authorities”.