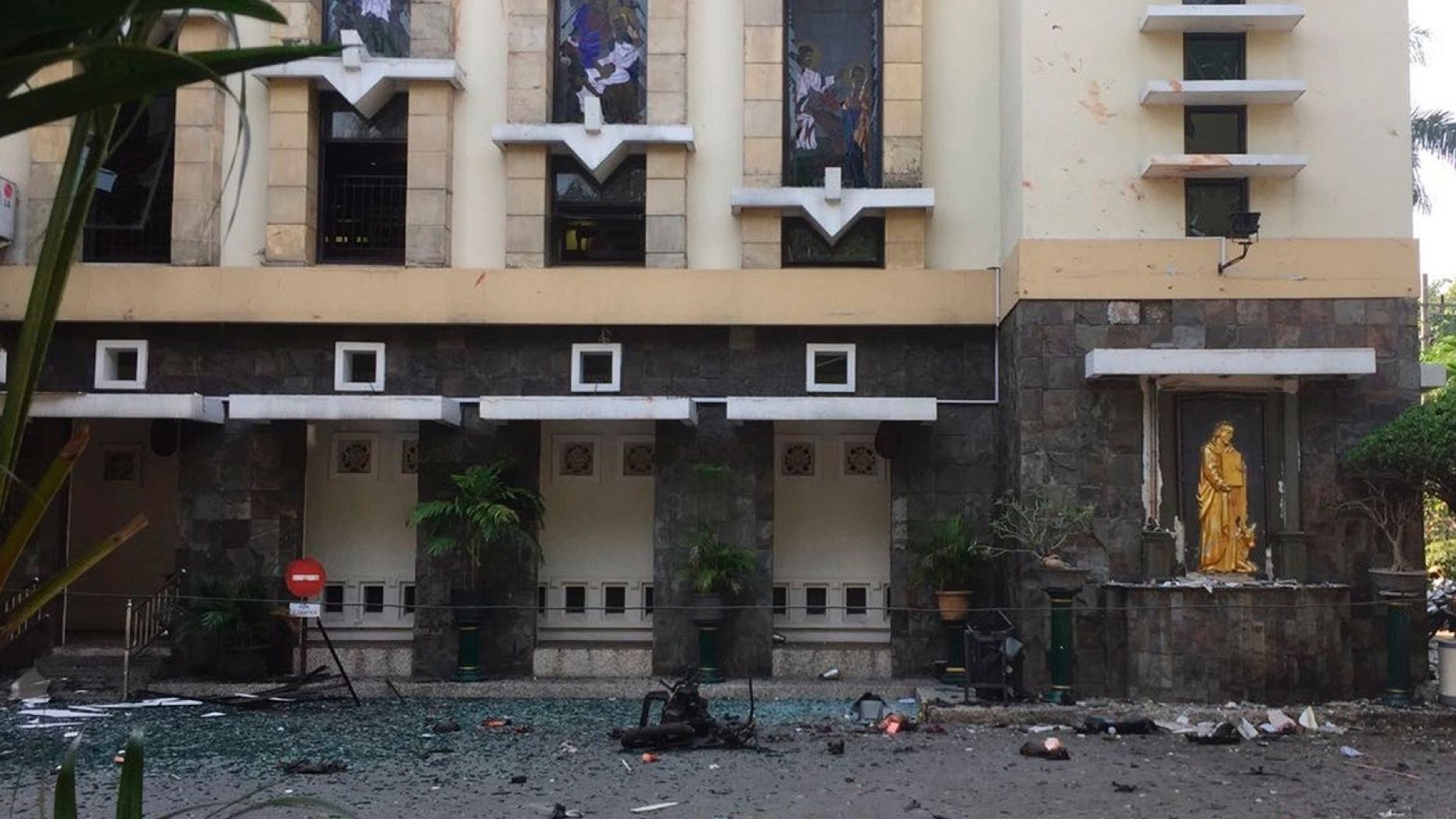 Debris seen outside the Santa Maria church in Surabaya, May 13, 2018.  (Associated Press)

At least 11 people were killed and more than 40 others injured in suicide bomb attacks targeting 3 churches in Surabaya, Indonesia. According to reports, the attacks were suspected to have been carried out by Ansharut Daulah (JAD) a local-ISIS inspired group.

“We strongly condemn this mindless attack on Christians in Surabaya,” said Godfrey Yogarajah, the Deputy Secretary General of the World Evangelical Alliance. “We stand in solidarity with Christians in Indonesia during this difficult time and call on the global Church to pray for all those affected in the attacks,” he added.