Brave Linda Nkhowani is campaigning for a better education system for Zambian children – despite being tragically orphaned when a crocodile killed her mother.The inspiring 14 year old has left her pain behind to remind local politicians of the promises they made on the Millennium Development Goals in 2000.

Linda is helping a major Micah Challenge local advocacy campaign in Zambia which is enabling the nation to be well on course to hit its education MDG. Her campaigning has produced extra teachers for schools. Whilst now living with her 21-year-old sister, Linda is inspiring others to help the poor in her nation.

Micah’s International Director Joel Edwards said: “Linda is one of thousands of local heroes the world over who are responding to advocate on behalf of the poor. This is what Micah Challenge is all about.

“This campaign clearly shows that advocacy works and can work anywhere on behalf of the world’s poor. I would urge others to take up this godly work in their communities.”

The Zambia campaign has currently produced a 5000-signature petition, and joint work with churches, parents, TV stations, newspapers, politicians and others, as well as the organization of a mass public rally.

Zambia’s campaign co-ordinator Martin Kapenda said: “We have seen significant success and are thrilled with how it is going. Great strides have been taken to get the country on track to hit its education targets. We are helping the poor and ensuring governments keep their promises on the MDGs.

“There is no doubt that Zambia will meet MDG number two on Achieving Universal Primary Education.”

Micah Challenge is currently mobilising millions of Christians across the world to advocate on behalf of the poor on the MDGs by the deadline of 2015. They are helping nations like Zambia to reach their Christian and Church communities, so political leaders can be reminded to keep the promises they made on the MDGs in 2000.

In Zambia, to help in the success, Micah Challenge worked hand-in-hand with the leaders of local community schools to achieve the success.

Martin added: “We mobilised church leaders and their members, members of the community, parents, pupils and teachers in community schools. We organised meeting with officials from the Ministry of education and members of parliament to explain our areas of concern in the way that community schools are run.

“We also organised a week long radio programs, worked with a journalist from the Times of Zambia and Post News paper, sponsored a documentary program on ZNBC TV, which was followed by a live TV interview.

“On the day when we planned to present our petition to the Minister of Education, we organised a public procession in which over a thousand people took part. This was followed by a public rally which lasted for over three hours.

“In the end the Minister of Education wrote back to acknowledge our petition. She has also agreed with us that Community Schools are currently facing various challenges and she is working towards the review of the Education Policy and restabilising the Community School Secretariat to specifically deal with these challenges. It is good news.” 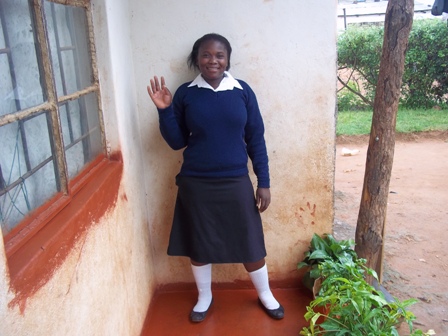 Inspirational Teen: Linda Nkhowani who is inspiring in her work to help other children across Zambia.


Micah Challenge is a global movement active in over 40 countries whose aim is to encourage Christians to be committed to the poor, and hold governments accountable to the Millennium Development Goals, signed by 189 countries in the year 2000 which committed to halving world poverty by the year 2015.