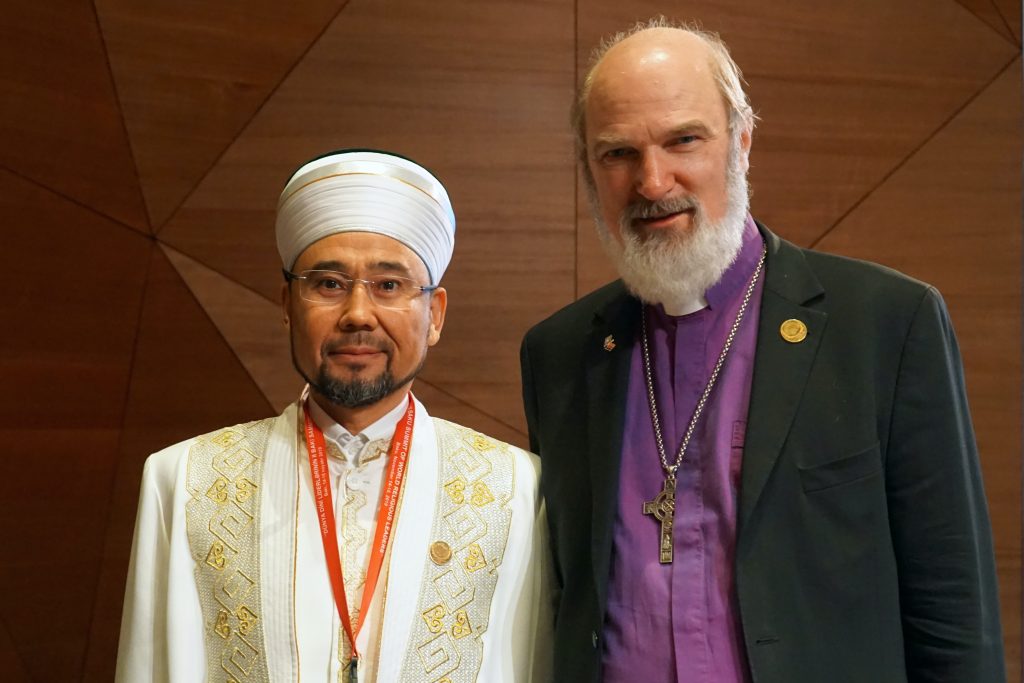 Thomas Schirrmacher, Associate Secretary General for Theological Concerns of the World Evangelical Alliance (WEA), met the Grand Mufti of Kazakhstan, Serikbay Oraz, during a conference in Baku to prepare his subsequent short visit to Nur-Sultan in Kazakhstan.

Schirrmacher also spoke with the President of the Kazakh Catholic Bishops’ Conference, Archbishop Tomasz Peta, and the Apostolic Nuncio in Kazakhstan, Archbishop Francis Assisi Chullikatt. He asked this officially recognized, albeit strictly controlled, religious community to stand up for the religious minorities in the country. Earlier, Schirrmacher had received reports on the situation in the country from representatives of the Evangelical Alliance of Kazakhstan, of a member of the WEA, and of the Federation of Pentecostal Churches of Kazakhstan.

Kazakhstan is the only country in Central Asia that does not assign Islam a special role in its constitution. “Kazakhstan is a Muslim country, but not an Islamic state,” Oraz summarized his view.

Serikbay Satybaldiuly Oraz was born in 1975 and is Chairman of the Spiritual Administration of Muslims of Kazakhstan (DUMK) and the fourth grand mufti of Kazakhstan.

In Nur-Sultan, the former Astana, Schirrmacher met the deputy mayor and was shown around the city. Foreign Christians are allowed to visit Christians and churches in Kazakhstan, but are not allowed to preach or perform religious ceremonies without a permit.