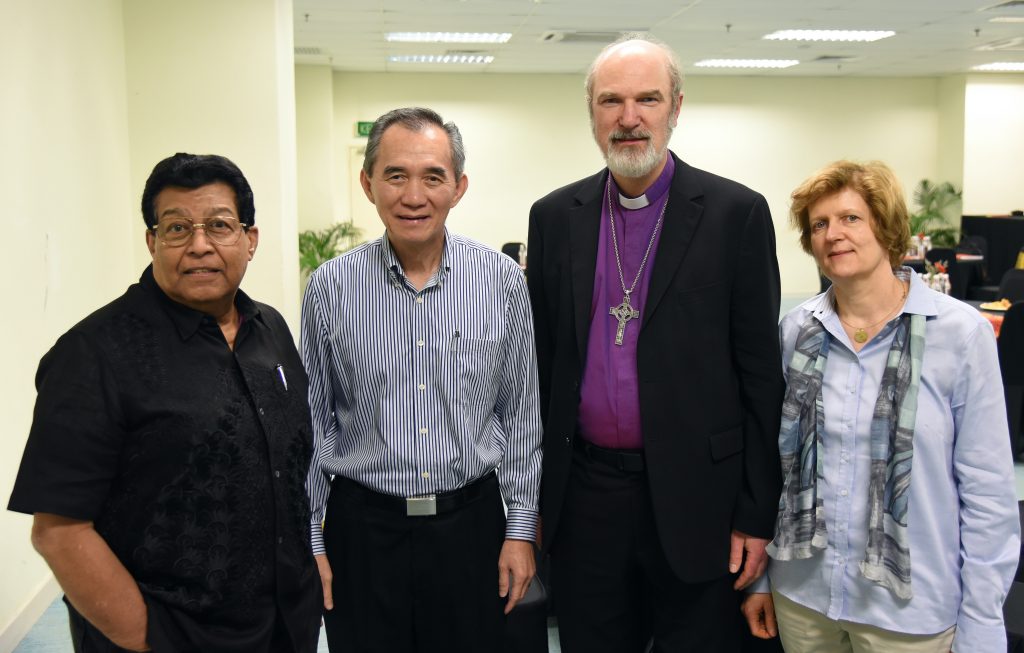 As part of their task in the field of dialogue with Muslim leaders, WEA Theological Commission leaders Thomas and Christine Schirrmacher gave a double guest lecture on “Christian-Muslim Relations in an Age of Political Conflict and Migration” at St Paul’s Theological College in Kuala Lumpur (Malaysia).

St Paul’s Theological College is deliberately located on the top floor of a high-rise building in the centre of Kuala Lumpur. Its director is Rev Dr James Harding. The College belongs to the Asia Theological Association, the Asian branch of the WEA Theological Commission.

Previously, 20 leading evangelical experts on dialogue with Muslims had met with the two religious scholars to discuss the dialogue program of the World Evangelical Alliance (WEA). The venue was the Damara Utrama Methodist Church (DUMC), with whose main pastor, Bishop Dr Daniel Ho, the two WEA representatives had previously spoken in detail.

The meeting on the WEA dialogue program was organized by Dr Henry Teh and Dr Ng Kam Weng.

Most Christians and most Evangelicals in Malaysia live in the northern half of the island of Borneo with the federal seeds Sabah and Sarawak. Missionary work there began in 1882, when that part of the island became a British colony. The largest church, the Sidang Injil Borneo (Borneo Evangelical Church), was created through the missionary work of the Australian Borneo Mission from 1928 onwards.

The National Evangelical Christian Fellowship Malaysia (NECF), being the national alliance of Malaysia and member of the World Evangelical Alliance, was founded in 1982 and comprises 60% of the country’s churches. In 1986, the National Alliance, together with the Roman Catholic Church and the Council of Churches of Malaysia, established the Christian Federation of Malaysia to ensure that all churches in the country speak with one voice to the government.