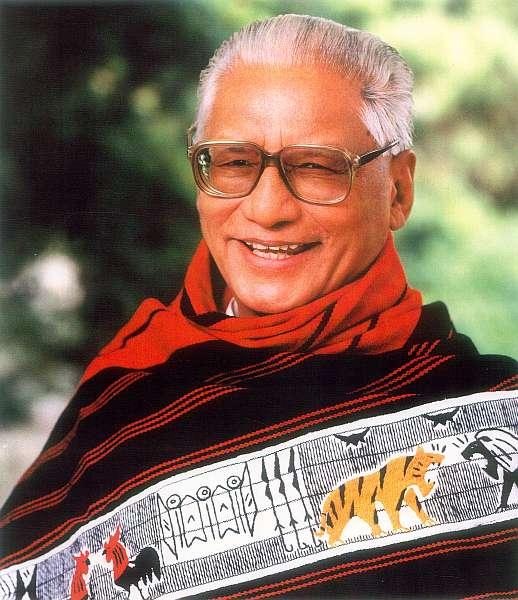 The Rev. Dr I. Ben Wati, former President of the International Council of the World Evangelical Fellowship (as it then was), went to be with his Lord on June 14, 2012 at the age of 91 years. Dr Ben Wati, who was born and raised in Impur, Nagaland, India, will be affectionally remembered by those who knew him as an exceptionally quiet, gracious, gentle giant of the faith.

His relationship with the WEF began in 1956 when he attended a meeting of the International Council. Dr J Elwin Wright, WEF General Director, reporting on the meeting wrote about one of the attendees, assumed to be Dr Ben Wati: “One was a young man of great promise in the world of Christ. He seems utterly unconscious of his own abilities...he was elected Secretary of the fellowships of the whole continent of Asia – an honor which left him somewhat in a state of shock because he felt he was unworthy”.

Such was the humility of Ben Wati. Although he may not have been conscious of his abilities they were obvious to his peers. Rev. Gilbert Kirby, another General Secretary of the WEF, wrote in 1964: “Undoubtedly the Evangelical Fellowship of India has much to teach the various fellowships and Alliances [of the WEF] already in existence, as well as those in process of formation in different parts of the world...Unquestionably [EFI] owes a very great deal to the wise leadership which it has enjoyed, and in particular to its Executive Secretary, Mr I Ben Wati”.

Dr Ben Wati served as Vice President of the WEA between 1962 and 1968 when he became President, a position he held until the 6th General Assembly of the WEF in 1974, which was held the week after the first Lausanne Congress. As he handed over to his successor, Dr Hudson Armerding, Dr Ben Wati stressed the strong historical and spiritual roots of the WEF and added “The WEF provides the only visible unity and solidarity among evangelicals”.

Speaking just a few days after ‘Lausanne’ he recognised that “our programme in this General Assembly and our decisions together will have much to do with our experience in Lausanne and what may come out of it”. In spite of the possibility that the Assembly could be an anticlimax to the Lausanne Congress the previous week Ben Wati stated that “it may be the Lord’s time to conserve what has been achieved so far and move forward much further in our WEF”.

He encouraged the delegates to “harness our spiritual unity to evangelical actions” and concluded by expressing his “confidence that this assembly can be the beginning of deeper fellowship and a more meaningful role under new leadership, giving a new image, not for the sake of WEF but for the Glory of the Lord Jesus Christ and for the sake of the increasing millions of evangelicals around the world.” Other present, including Dr Billy Graham responded to these gracious words by expressing their own support for the WEF in years to come. Ben Wati left as he had begun – well.

Those who knew Ben Wati, including the writer who listened to his farewell address, will never forget the sound foundation he laid for the WEA as a wise master builder and for his gracious gentle spirit, a true follower of Jesus Christ.