The World Evangelical Alliance (WEA) welcomed a delegation of the Christian Council of Korea (CCK) in its New York General Office on July 12th to discuss the preparation developments for WEA’s 2014 General Assembly which is to be held in Seoul, South Korea.

“We believe that this is going to be the most historic gathering we’ve ever held,” Dr. Tunnicliffe shared during the two hour meeting. “Imagine all of the evangelical leaders from 129 national alliances, as well as prospective leaders of new alliances that will be established in those countries that do not have one yet, coming together in unity and to set the tone and direction of evangelicals worldwide.”

The WEA General Assembly is held every six years with the last one held in Pattaya, Thailand, in the year of 2008. 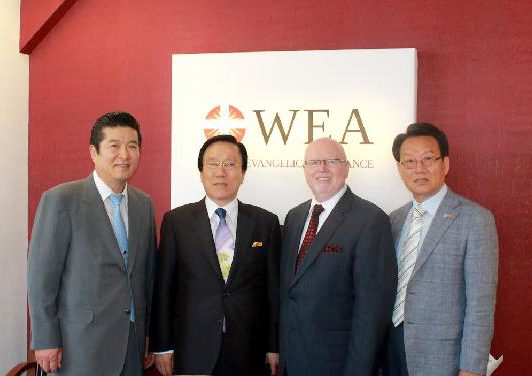