Why Islamic Rage over burning the Qur’an? (by Dr. Brian Stiller)

Months ago, we watched in amazement as Islamic believers killed Christians after “Pastor” Jones in Florida had his own burning of the Qur’an. More recently, explosive-filled trucks, suicide bombers, gun-firing civilians and Afghani soldiers have led murderous charges based on reports that soldiers burned Qur’ans. We are incredulous. Why this intense rage?

It is within our interest to understand both what fuels and insults Islamic faith—for the well-being of Christians who live in the hinterlands of encroaching Islamic governments and regimes, and for those in countries where Muslims populations are growing and their public presence is becoming more insistent.

The Qur’an is at the very heart of Islamic faith and life. While the Islamic world is not monolithic—it harbours deep and often violent internal disputes and wars—Muslims are united when any disparaging word or act is directed to their holy book or Prophet Muhammad. 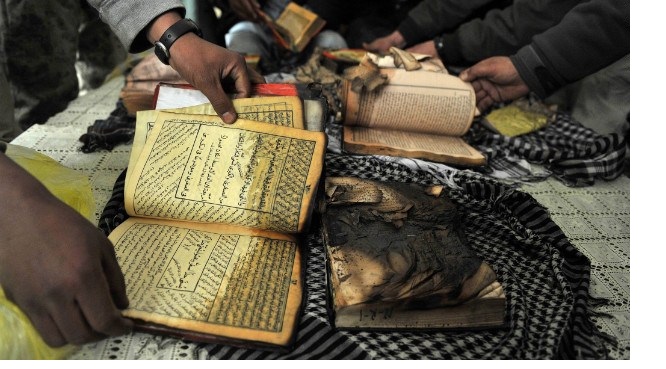 Why do some Muslims resort to incendiary violence when their holy book is burned? Do Christians do the same when their Bible is desecrated or burned? No. We do not because our view of the Bible is different to how Muslims view the Qur’an. (We should not however underestimate the degree to which religious leaders in some Mid-East countries use this issue as a way of manipulating emotions, triggering mob violence and murder.)

Muslims believe the Qur’an was dictated directly to the Prophet Muhammad by Allah over 20 years, somewhere between 570 and 632 AD. This is different to our Bible, in that while we believe it is inspired, we acknowledge the Bible is a series of books written over time by various authors, in testimony to Jesus of Nazareth, God’s Son. We believe Jesus is divine, much like Muslims believe the Qur’an is divine. However when we make the Bible and the Qur’an equivalent, we misunderstand how Muslims regard their holy book. The Qur’an and Bible operate very differently for Muslims and Christians.

A more helpful comparison is to equate the Hadith with the Bible. The Hadith is the written record of what Muhammad said and did (written during the 8th and 9th centuries) and used by Muslims to interpret the Qur’an, quite like Christians use the Bible to interpret Jesus. Some Islamic specialists suggest that burning the Qur’an is for Muslims like desecrating Jesus or the Eucharist—the elements of the Lord’s Supper—would be for Christians.

The devotion of Muslims to their holy book is quite extraordinary: kissed before and after reading, occupying a central place in their homes. Many memorize it, every one of the 86,430 Arabic words, the equivalent of 300-page book. Any translation apart from the Arabic is not considered the true word of Allah; the text must be memorized in Arabic in which it was originally written.

Simply put, to desecrate it is seen by Muslims as inflicting defilement on their soul .

For Christians, the Bible is read devotionally, learning on our journey of faith God’s promise and provision of salvation and eternal life. Muslims typically leave interpretation to their clerics, who then inform the faithful how it is to be seen in their life and society. The linkage of their holy book and life is by way of Shari law (meaning “path” in Arabic). Based on the Qur’an, it informs Muslim life including religion, family responsibility, finances and day-to-day routines.

The recent Qur’an burning episodes in Afghanistan act as gas on fire, fuelling an already angry population who view western forces as Christian and therefore apostate. Our position is made even more onerous in that these forces have for a decade occupied their land. As much as we may believe that invasion forces brought good to their land, it is hard to convince a father whose child has been hit by an errant “friendly” bomb, that they are the beneficiaries of NATO presence.

The Arab spring has brought to light the tenuous relationship between Christians and Muslims. Christians in the Mid-East were previously protected—in part and to various degrees—by dictators. Surprisingly the current democracy movements give rein to majorities who may—in countries such as Libya and Egypt—hurt and malign Christian minorities. We’ve seen in Iraq that as Saddam’s regime was squashed, it unleashed forces of both Shia and Sunni Muslims, with Christians becoming the brunt of their hostility. What will happen in Syria is a guess, but it is possible that there too Christians will feel the weight of oppression if democracy takes over, and as a minority, Christians will either be driven out or stay, suffering discrimination.

Such pressure is not limited to the Middle East. Events in Nigeria point out the deep- felt animosities that erupt into bloodshed as Islamic groups press their way southward.

What is the way forward? The essence of Christian faith is witness, telling what Jesus has done, anywhere and to anyone. Inevitably, the conflict of faith will rear in places where such witness occurs, but ceasing witness of the Gospel is not ours to choose.

It matters we seek to understand what fires off such angry Islamic violence, as in the Afghani/Pakistani corridor. Christian mission begins with the premise that all people, in God’s image are to be understood. Appreciating what make them tick is what Phillip did (Acts 8:29); when he took time to run alongside the chariot of the first minister of Candace, queen of Ethiopia. In acquainting himself with the Ethiopian’s world, he knew how to proceed.

While the burning of the Qur’an by NATO soldiers was the worst of all possible scenarios, and while the response of murder and mayhem by Islamists had no justification, Christians do look for bridges of conversation. It matters that we learn their ways and understand their beliefs. This is not only foundational to our witness, but exhibits the ways of our Lord whom we follow and serve.