On September 4, World Evangelical Alliance (WEA) Secretary General Bishop Dr Thomas Schirrmacher presented an evangelical perspective on conservation of nature and biodiversity to the global community of experts who gathered in Marseille, France for the World Conservation Congress 2021. Schirrmacher participated in a high-level panel with other faith leaders on the topic of “The Spirituality and Nature Dialogue: Responsibility, Inspiration and Behaviour Change.” He outlined a vision of caring for the environment based on the biblical view of man as steward of God’s creation.

The dialogue was organized by the International Union for Conservation of Nature and Natural Resources (IUCN). Schirrmacher participated as a representative of WEA’s global network of evangelicals in 143 countries, speaking alongside Cardinal Peter Turkson, Prefect of the Dicastery for the Promotion of Integral Human Development of the Roman Catholic Church.

Schirrmacher stated that preserving God‘s creation is a core element of evangelical belief, pointing out that in the first chapter of the Bible, God entrusted humans with the responsibility of taking care of the earth (Genesis 1:26, 28). “This has been and will remain true and valid always,” he said. “Therefore, the challenges related to climate change can only underscore this duty, but it did not create it.”

Schirrmacher noted that we have acquired extensive knowledge of the earth and the environment, but that the foundational understanding of the purpose of that knowledge has been lost. He compared our situation to that of a friend of his, who as a boy was given a violin, took it apart piece by piece to see every detail of how it was made, but was then unable to put it back together again and thus never learned to play the violin. “Never before in history have we known more about the details of nature than we know today,” Schirrmacher stated. “We have cut the world into pieces more precisely than anyone in the past. But we have lost sight of the purpose and design of creation because we do not see it as God’s precious creation that was entrusted to us.”

Schirrmacher explained that although nature can be a serious enemy in some ways, we depend on it for our survival. For example, some bacteria may pose a threat to life, but trillions of bacteria live inside each of us, making our life possible in the first place. “Nature is not just something apart from us; we live in symbiosis with it,” he observed.

Asked why evangelicals speak of “sin” with regard to our relationship with nature, Schirrmacher drew a parallel to racism. “It is more than simply bad behavior or ignorance. It is hatred coming out of the depth of our heart. Even if we could delete all racism in an instant, humans would just go on to invent some other evil out of the blue,” he commented. Quoting Jesus, he stated that evil does not enter into man from the outside, but rather evil comes out of the heart of man and is then put into action (Matthew 15:17-20).

Schirrmacher stressed that humanity needs not just new rules and the correction of former mistakes, but a “conversion” in our innermost being, which only the Creator can enable. “This should not be seen as a cheap excuse, but an acknowledgement that changing away from envy, greed, gluttony and exploitation requires more than moral indignation against others and pointing fingers. It starts with our own critical self-reflection and repentance,” he said.

When asked to share a single idea that would capture the change needed to stop chaos, poverty and climate change around the world, Schirrmacher referred to what Jesus called the greatest commandment: to love God and to love your neighbor as yourself (Matthew 22:37–39). “That which is good for God and His creation, what is good for all other people, and what is good for ourselves must be seen together and become aligned in our lives,” he stated.

More than 30,000 people visited the World Conservation Congress this year, including 6,000 official delegates plus an unknown number of virtual participants. The IUCN, with a membership of 211 governments and government agencies and 1,200 non-governmental organizations, is best known for its annual Red List of Threatened Species, the world’s most comprehensive inventory on the status of biological diversity.

For more information about the panel discussion, visit https://www.iucncongress2020.org/programme/official-programme/session-45264

See also the “Evangelical Call to Action on Biodiversity” released in September 2020 for the special UN Summit on Biodiversity: https://www.weacreationcare.org/call-to-action-on-biodiversity 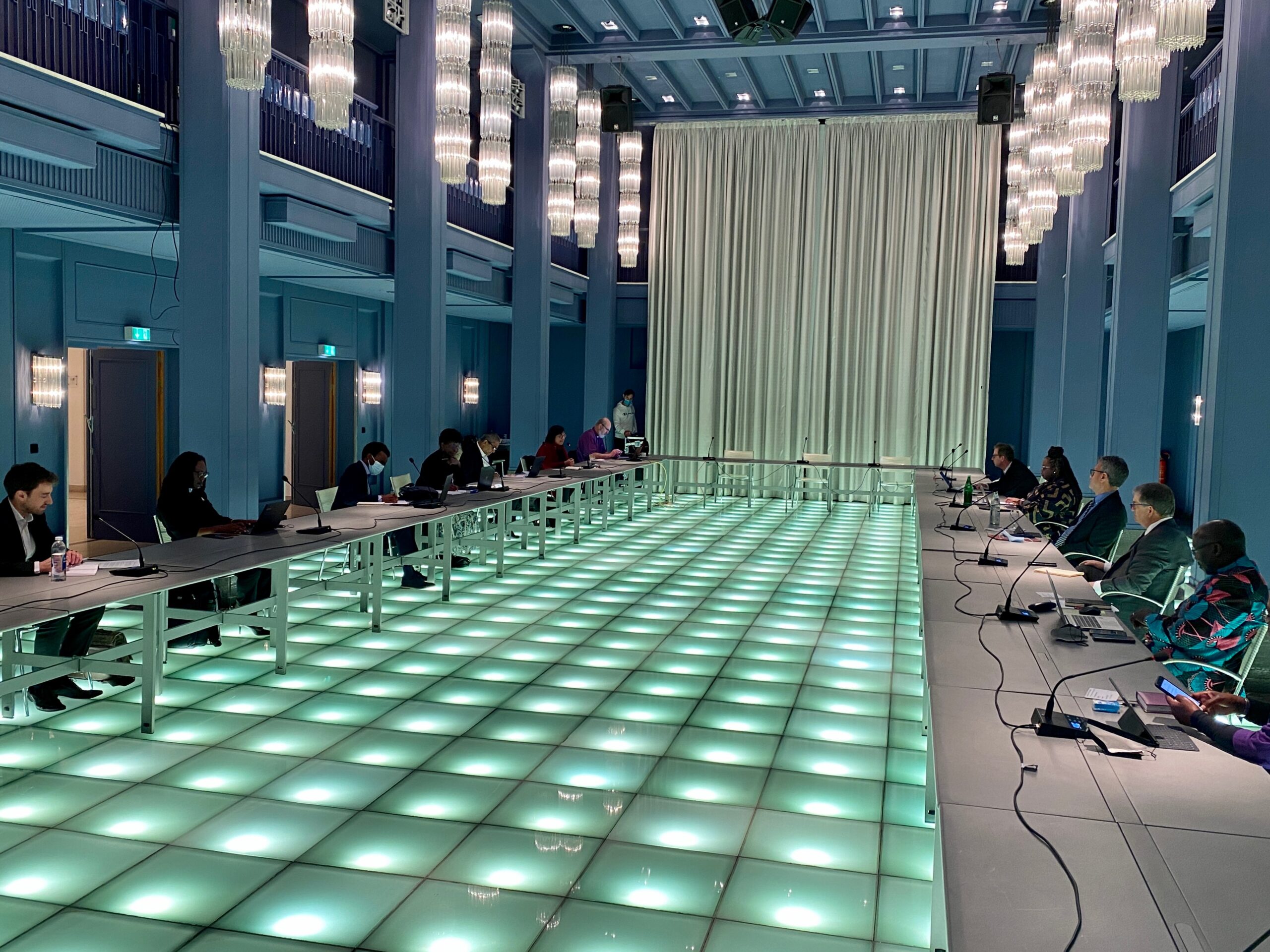 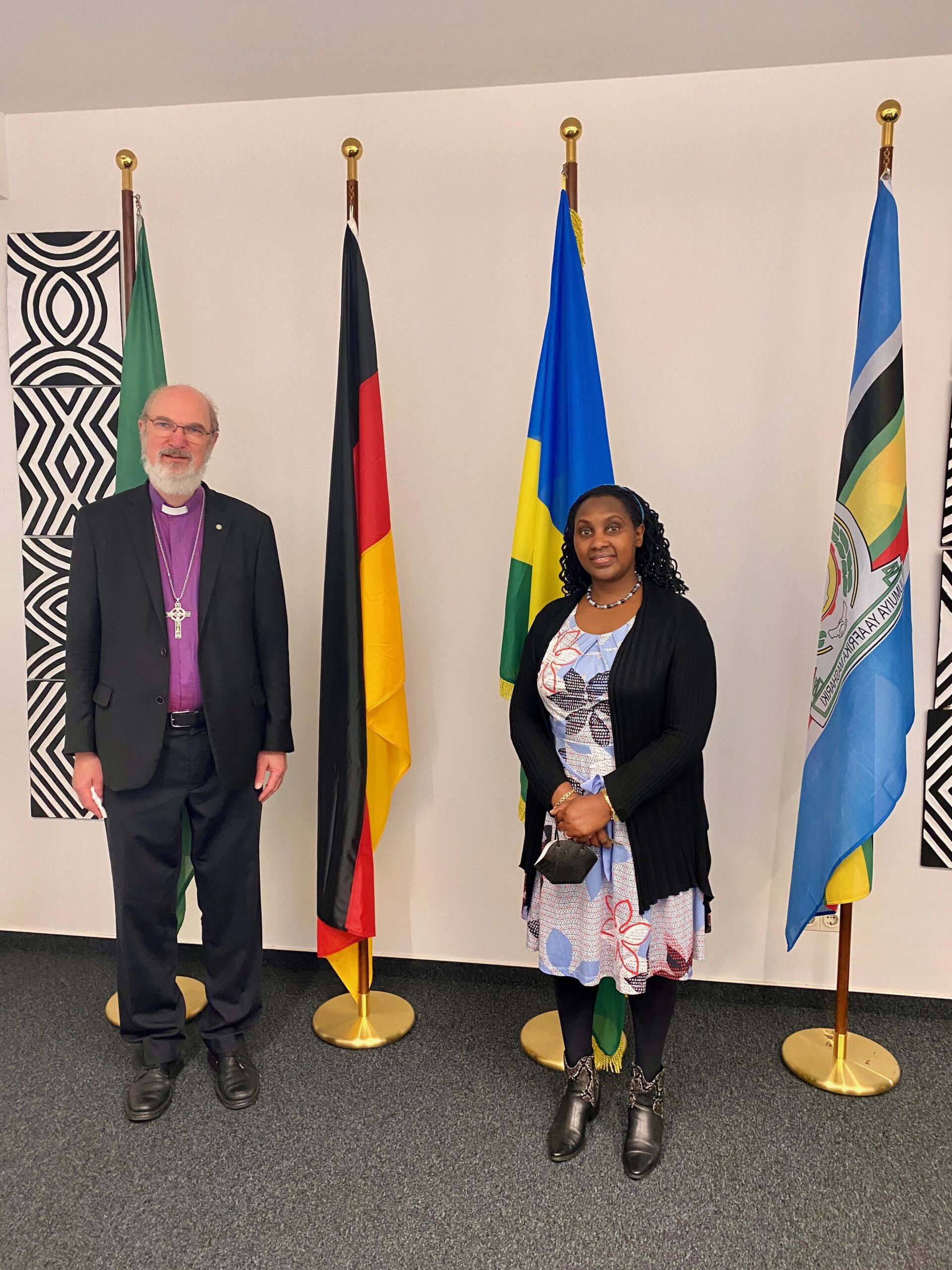 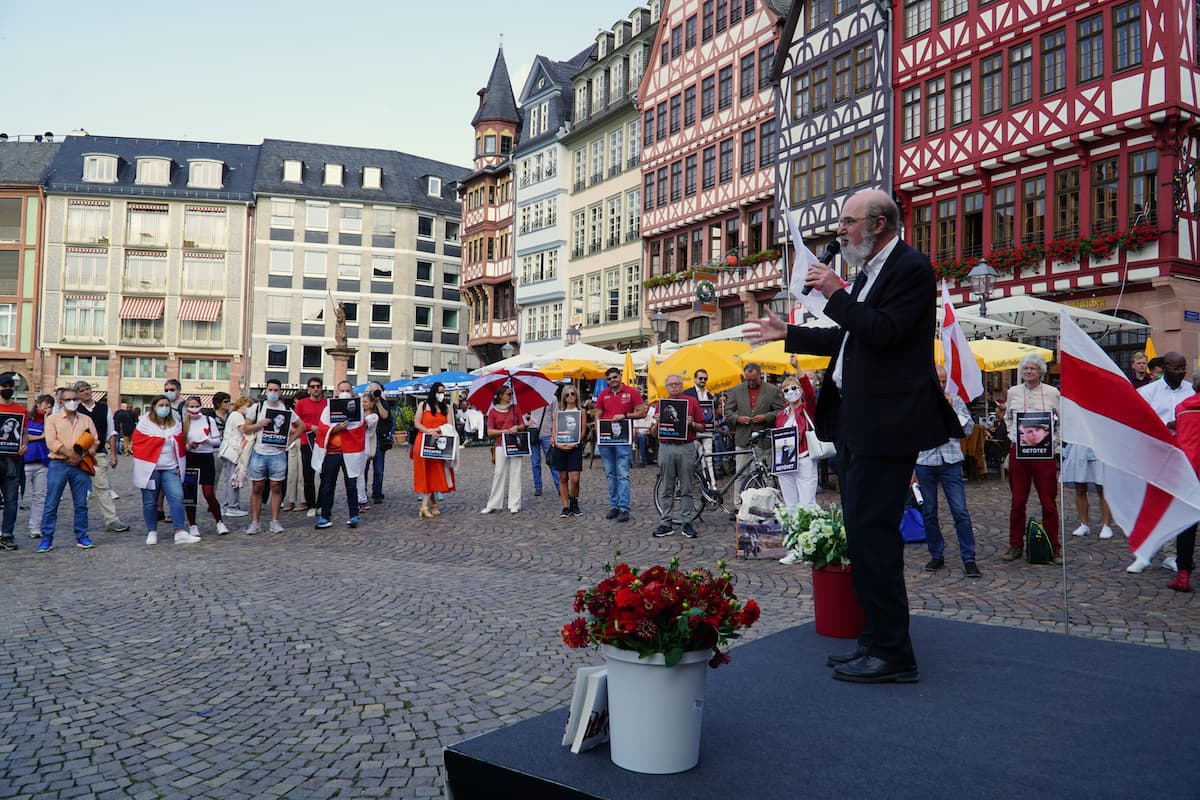 For Democracy in Belarus: The International Society for Human Rights (ISHR) shows solidarity in Frankfurt