A Special Easter Prayer Request for Mozambique, DRC and Cameroon 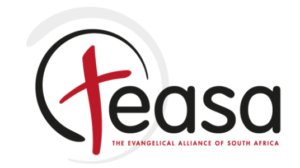 As we step into this joyous Easter season, let us remember those less fortunate. TEASA held a solidarity Virtual prayer meeting with Christian leaders from Mozambique, The Democratic Republic of Congo (DRC) on the 31st April 2021, following news reports of armed conflicts in the northern Mozambique and the DRC. We also heard of the suffering of the people of Cameroon.
The leaders from Mozambique and the DRC were heartened by TEASA’s gesture of solidary and told how the support they received from TEASA, SACC and others during the recent devastating hurricane in Mozambique was deeply appreciated. They pleaded for prayer and practical assistance in their hour of need. Kindly contact TEASA General Secretary’s office for any assistance you may wish to provide. [email protected]

Please continue to pray over these nations and be open for any practical assistance the Lord might lead you into.
Yours with Him – Moss Ntlha