A Tribute to David Gitari, Former Chairman of the WEA Theological Commission 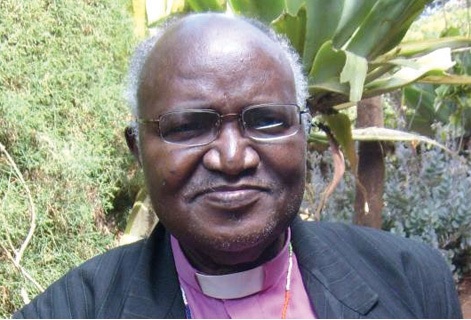 David Gitari, one of Africa’s truly great men of God died on 30th September 2013 after a short illness, aged 76.

I remember visiting Embu, where David was bishop of Mount Kenya, East diocese, and I was greatly inspired by his vision for church planting, and the theological training on his clergy. He had a great sense of humor, and a raucous laugh.

He was well known for his evangelistic missions to university students. He was a committed defender of the evangelical faith in an age of theological liberalism. He fearlessly opposed corruption in the church and in the government. Three times he had to escape in the middle of the night by those who tried to kill him. He served as Archbishop, and Primate of the Anglican Church of Kenya, from 1997 until his retirement in 2002.

When the World Evangelical Fellowship formed its Theological Commission with 28 members, in 1975, Bishop David Gitari was one of three Africans appointed. He faithfully served the Commission for 10 years, and was Chairman from 1980 until his retirement to 1986. He took part in several consultations, and contributed significant papers to them.

We thank the Lord for his vision, his wisdom, and his leadership in the world of theological education, along side his churchmanship. We send our sympathy to his bereaved family.