Occasionally in life, one meets a person with the vision and personal qualities to become a model for leaders and an inspiring mentor. Dr Robert E. Cooley, who died on April 1, was that for many Christians. Marrying a Canadian, of course, was a good start for the US-born Cooley.

Former president of Gordon-Conwell Theological Seminary, Bob was highly regarded for his deep understanding of trustee leadership issues and his skill in guiding seminaries through performance assessments and redeployment of resources. Though primarily an educator, Bob had uncanny wisdom and remarkable insights in the realm of institutional governance. Most recently, he served Oral Roberts University in its restructuring of its board of governance.

When Bible translation networks Wycliffe Global Alliance and SIL International were challenged as how they were translating the term “Son of God” and other biblical concepts, they asked the World Evangelical Alliance (WEA) to facilitate a global forum of experts to come up with protocols on how such work might best be done. WEA turned to Bob Cooley, who developed a plan to enable ongoing translations, all while providing strong assurance that the biblical material was being treated accurately.

Bob’s own academic specialty was archaeology, and his many digs in the Middle East were evidence of his passion. However, when I took on an assignment as the new leader of a bankrupt college and needed help with organizational issues, Bob was one of the first people I called on to help us think through how to rebuild.

Like most organizations, the WEA has faced challenges in the areas of leadership, governance and funding. At a low point in 2005, Geoff Tunnicliffe was recruited as Secretary General to hold the WEA together, and he lifted it to a new world presence and public voice. In 2015, as Efraim Tendero became the next Secretary General and began building his support team, it became apparent to us that it was time for a major overhaul of the organization was needed. We realized that we needed a wise person with a globally knowledgeable heart and mind to help us reimagine our calling, strategies and operations. 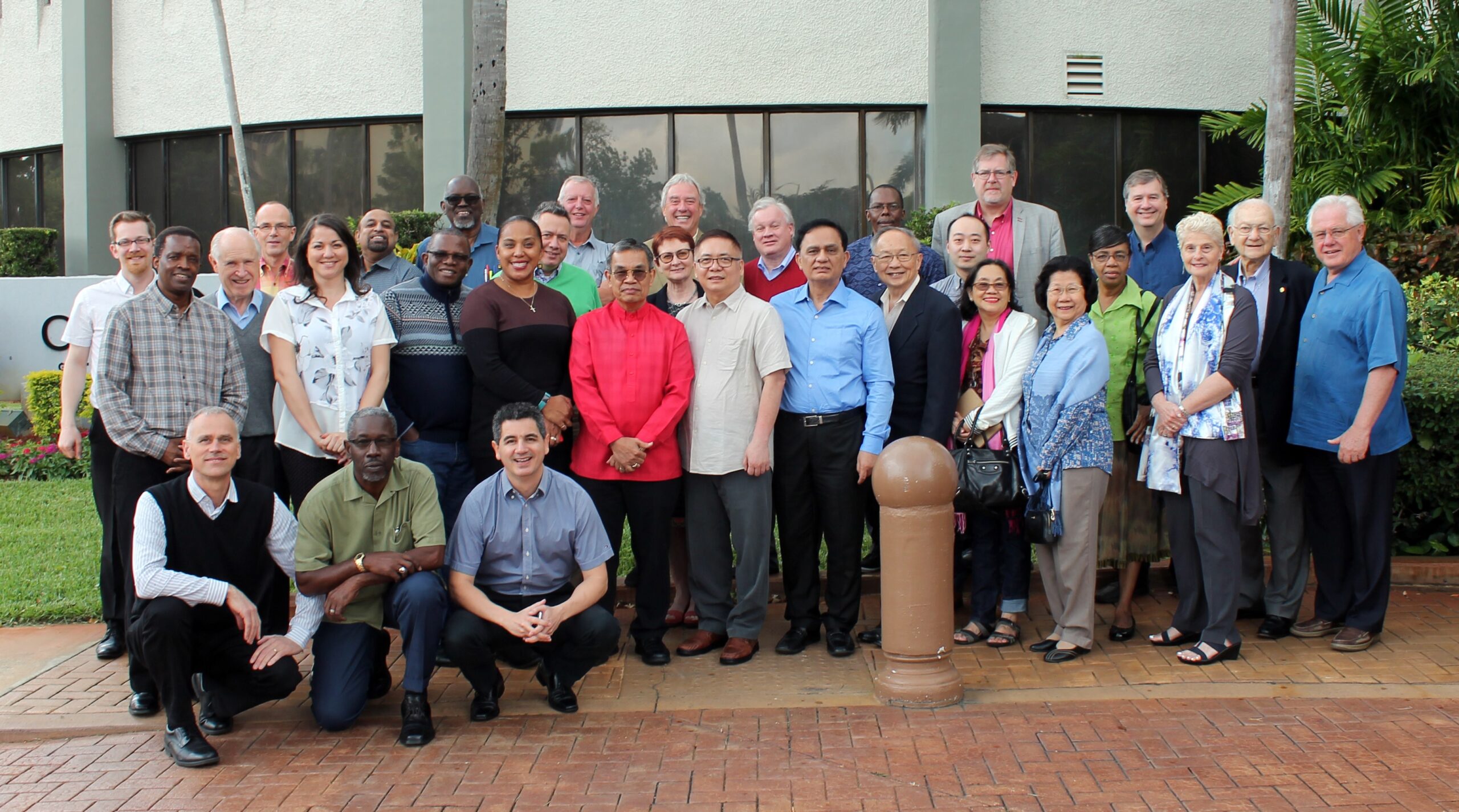 In 2018, WEA leaders met in Fort Lauderdale, FL for a strategic review meeting facilitated by Dr. Robert Cooley, 2nd from the right next to Brian Stiller.

Efraim called Bob and he agreed to help. First a few of us met with him in Charlotte, North Carolina, for two days of intense thinking and prayer. He helped us get to the very heart of what the evangelical world needed and what was possible. Over the next few months, Bob did the same thing two more times, with increasingly larger groups of WEA leaders, despite being physically limited by his back ailment. From his direction came a refreshed international governing board, a regrouped leadership model and a renewed funding plan.

Bob had guided many others through rebuilding, but we were the largest international group he took on. What made him so capable of leading us to success was his loving presence, his readiness to affirm others, and his skillful manner of negotiating amidst intense conversations and passionate players.

Dr. Robert Cooley, educator, archaeologist and mentor, is sadly missed but his presence continues to grace the WEA. The evidence of his impact lies in a revitalized organization, which he helped design, and in a clearer grasp of how we can do Kingdom work together.