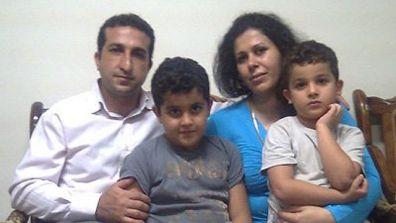 Please join with us and several other partners such as CSW and ACLJ for a 24 hours of prayer for Pastor Youcef Nadarkhani who, according to unnamed sources, now faces new charges of "Banditry and Extortion."  His trial date is now set for September 8 (Saturday).  Pastor Nadarkhani has now been in jail for 1060+ days for his original charge of "Apostasy." 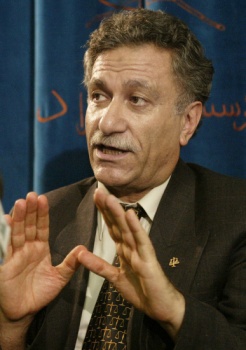 Thankfully, sources have revealed that his Muslim attorney, Mohammad Ali Dadkhah (left), who is currently serving a 9 year jail sentence for representing Nadarkhani and others, will be allowed to attend the new trial.  Dadkhah, a human rights lawyer, has also had his bar license suspended for 10 years.   Read more...

In addition to Pastor Nadarkhani, the Iranian government is holding numerous other Christian believers who have been accused of a variety of offenses, including apostasy, threatening national security, among others.  Please pray for the safety of our brothers and sisters in Iran who are incarcerated for their faith and pray especially for the efforts of our advocates living in countries who have favorable diplomatic relationship with Iran to have their governments put pressure on the Iranian government.

Please continue to join with us in praying that true justice will be done in this case and for the pastor's unconditional release and pardon.  Pray also for Youcef and his family, that regardless of the outcome, they will remain strong in the Lord.

May the Lord bless and keep you in His perfect. . .


Advocates International (AI), a Global Partner of the World Evangelical Alliance, is a worldwide fellowship of advocates bearing witness of Jesus Christ through the legal profession. AI seeks to achieve this vision by encouraging and enabling its paid and volunteer advocates to: Locally meet; Organize nationally; Regionally cooperate; and Disciple globally to promote human rights and equal justice for the poor, the sanctity of human life, religious freedom, the rule of law, peace and reconciliation, and family & community.