Christians from around the world have gathered in Brisbane, Australia, this week to shine a light on corruption through various awareness raising events around the G20 summit. The World Evangelical Alliance (WEA) with dozens other Christian organizations have joined together in the two-year EXPOSED campaign that culminates this week, as an open letter from Christian leaders along with tens of thousands of signatures are handed to G20 leaders, asking them to take action against tax evasion and other forms of corruption.

Over the last two years, Christians in every region of the world have held worship services, prayer vigils, met with local and national politicians and organized other activities to raise awareness about the wide-spread problem of corruption – arguably the key obstacle to ending extreme poverty.

They have come together to shine a light on all forms of illicit practices globally and in their neighborhoods: nepotism, bribery, cheating, money-laundering, discrimination, extortion, prejudice, collusion, secrecy, favoritism, and tax evasion.

“Caring for the poor is a core Biblical mandate and many organizations and countless individuals in our Christian family are devoted to fighting poverty and the adverse effects it has on people,” said Dr. Geoff Tunnicliffe, Secretary General of the WEA. “However, corruption effectively prevents the poor from being freed from their plight and is therefore a priority issue that needs to be highlighted and addressed.” 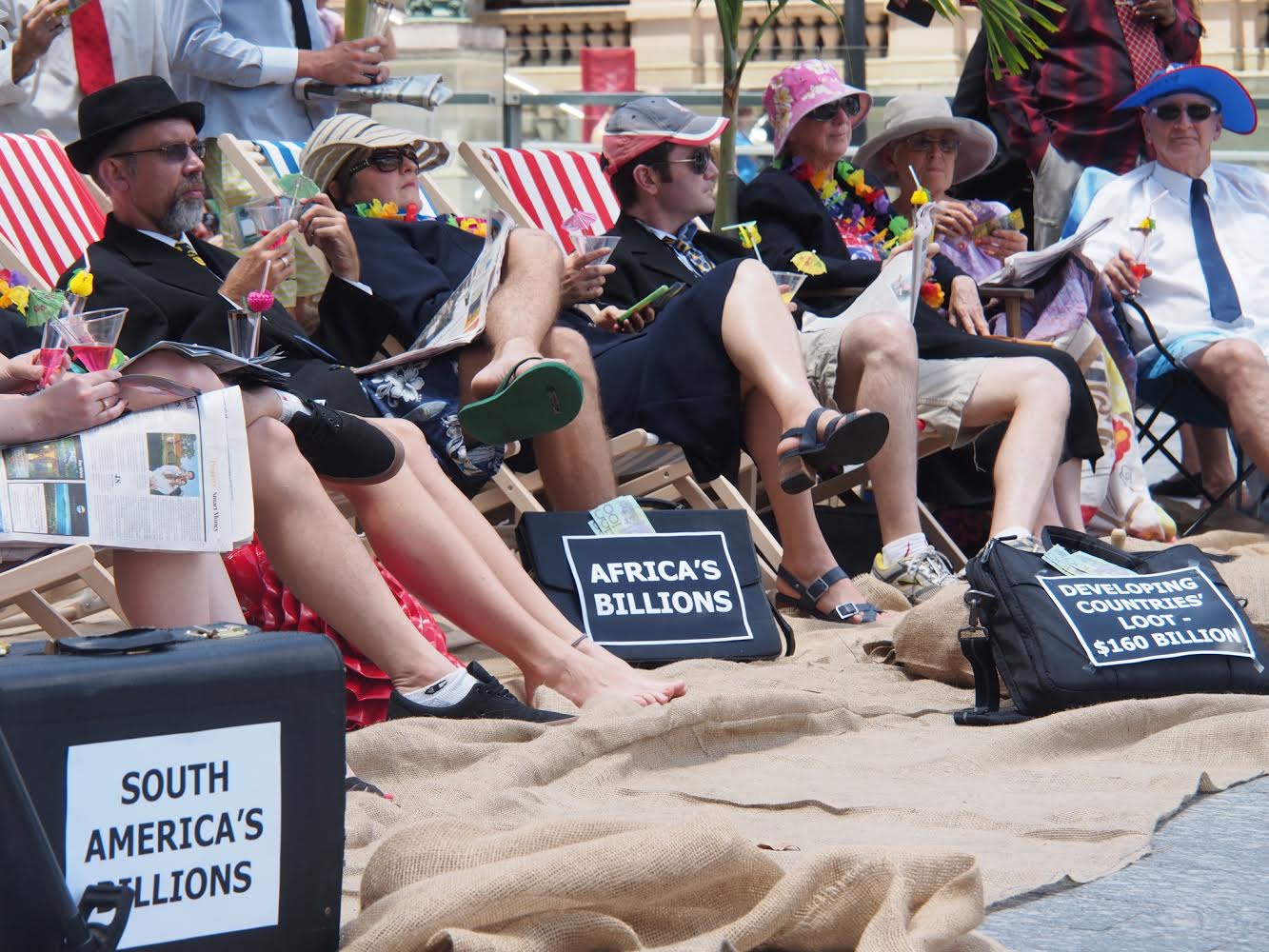 Conservative estimates are that tax evasion alone takes some USD160 billion away from developing nations each year - more than the $128 billion that they receive in foreign aid. The EXPOSED campaign is addressing G20 leaders, because this is the forum of the twenty economically most powerful nations. They are well-positioned to create policies demanding more transparency in businesses and governments.

Such policy changes could make it more difficult for multinational corporations to transfer their profits to nations overseas where they pay less tax, instead of declaring their profits in the country where it was actually earned and where it could be used to improve health care, education, and other public services: all needed to effectively improve the lives of the poor.

The EXPOSED open letter (from Christian leaders) calls for ‘integrity and transparency in public life’ and asks the G20 to fulfil their mandate by formulating policies that will ‘restore fairness and prevent greed’.

“Many of our 7 regional and 129 national Evangelical Alliances and other members and partners have been actively involved in the EXPOSED campaign over the last two years,” Dr. Tunnicliffe said. “As we follow the conversations at the G20 this weekend and watch for the results of the campaign on a global level, let us continue to shine a light and expose corruption in our own neighborhoods and contexts.”

We, the leaders of faith based communities, issue this letter calling for integrity and transparency in public life.

We are part of the global EXPOSED campaign representing a billion people in 170 nations taking a stand against greed, secret deals and abuse of public influence, which happens everywhere and affects the poorest most. In 2010 developing countries lost around US$850 billion to illicit financial flows and tax evasion associated with trade mispricing costs developing countries $160bn a year. The lives of 230 little children could be saved every day if corruption issues were addressed and much needed funds released for development.

As faith leaders, we repent of any practices that may have contributed to corruption, and mend our ways. And we call on G20 governments which have influence over nearly all multinationals operating around the globe, to promote greater transparency in their financial affairs.

This month G20 finance leaders have the chance to address bribery and tax evasion in multinational companies and government officials. In November, government leaders could endorse those measures in an historic meeting in Australia. It is our prayer that as you fulfil the G20's mandate, the policies that you formulate will restore fairness and prevent greed.