Freedom of Religion is the Unloved Step Child among Human Rights

The Director of the International Institute for Religious Freedom, Thomas Schirrmacher, gave a guest lecture entitled “Religious Freedom as a Threatened Human Right in Worldwide Perspective: The Major Factors in the Growing Assault on Religious Freedom,” in the prestigious Tübingen University “Clash of Civilizations” lecture series. The lecture was broadcast live on the internet (https://www.youtube.com/watch?v=rp5N97qVdhU). 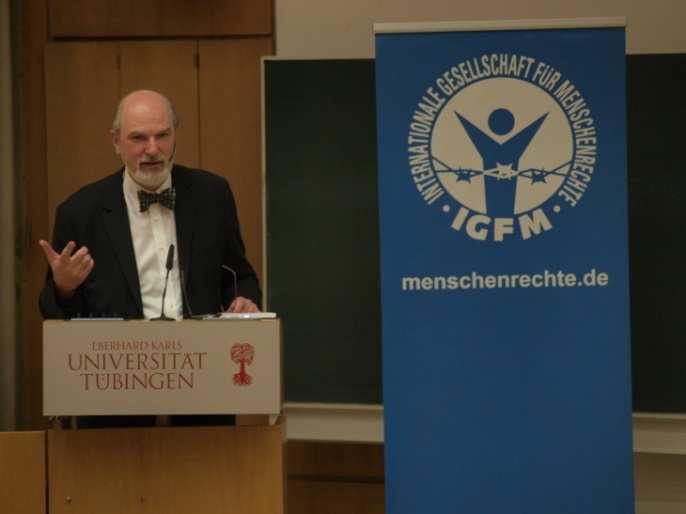 In his lecture he criticized the situation in many Western parliaments: Not all people, and not even all politicians, stand for freedom of religion without “ifs” and “maybes.” Especially among politicians one sees that engagement for this right still too highly being connected with good or bad personal experiences with religion, with religious identity, with personal religious practice, or with the lack thereof.

However, just as the prohibition of torture is independent of the experience of the individual and of where one stands politically or philosophically, freedom of religion should also be an inseparable part of human rights protections that is instinctively supported by all politicians. According to Schirrmacher, article 18, which addresses religious freedom, is the unloved step child among all the articles of the 1948 UN Universal Declaration of Human Rights.

Many atheists remain unaware that the freedom of religion and belief, including the right to change religions, particularly protects atheists, because the right to withdraw from a religious community is a classical form of change of religions. In earlier times, even in Europe, leaving the church had negative social consequences for the people involved. 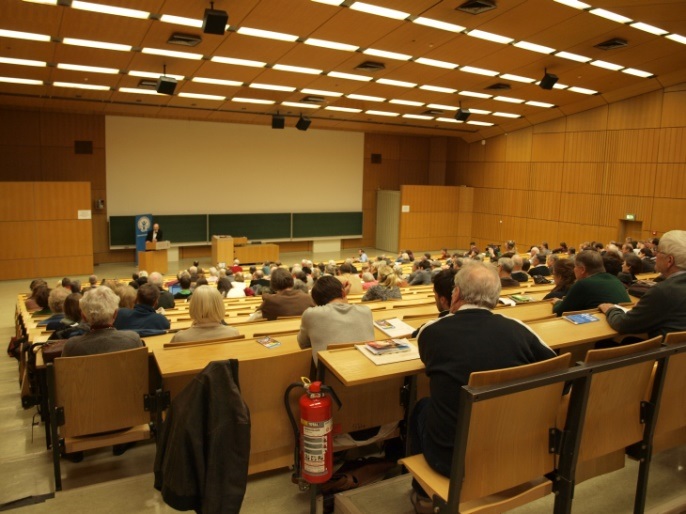 The lecture series, “Clash of Civilizations: Antagonistic Portrayals in Relations among Religions and in International Geopolitics,” addresses the most recent tensions among different cultures and religions, or more specifically, how these are used to serve the power interests of various parties.

Professor Rainer Rothfuß and Yakubu Joseph, from the Geographical Institute of the University of Tübingen, have invited scholars from home and abroad to participate in the lecture series, including, among others, the human rights activist Rania Yusuf, the ambassadors from Russia and Ecuador, as well as the honorary senator Prince Dr. Asfa-Wossen Asserate. The lecture was supported by the International Society for Human Rights, which also provided a book table offering information about assaults against freedom of religion in Germany.