Christian leaders representing over 1 billion people from 170 nations have sent an Open Letter to heads of the G20, calling for urgent action on corruption and tax evasion. This historic anti-corruption initiative by the global Church comes at a decisive political moment as finance ministers meet in Australia ahead of the G20 summit in November.

The letter was handed in to Australia’s Treasury as part of a lobbying event in Canberra that saw over 200 advocates meet with 100 MPs. Participants also gathered near Parliament shining symbolic giant lights on the darkness of corrupt deals. Australia holds the presidency of the G20 this year and plays a crucial role in setting the priorities for the meeting in Brisbane. The letter represents the hopes of millions around the world looking to Australia to take the lead on financial transparency. 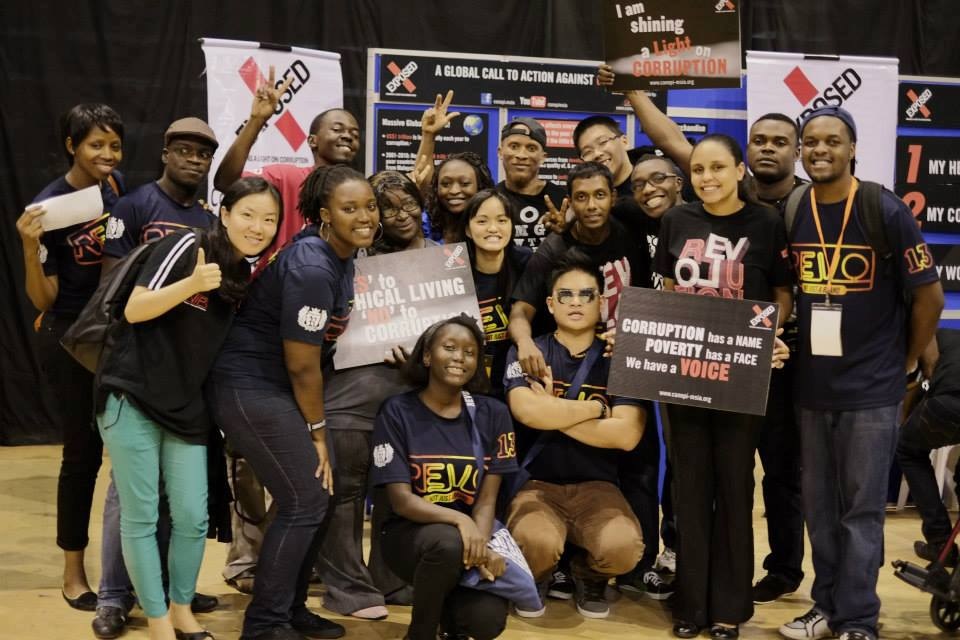 Joel Edwards (middle), Chair of EXPOSED, in Australia, holding a US$160 Billion Dollars bill that stands for the amount lost annually from developing nations through corporate tax dodging.

Corruption “robs US$850 billion each year from developing nations through illicit financial flows” and another “$160bn a year is lost through tax evasion”, according to the letter, organised by EXPOSED, a campaign to encourage greater transparency by multinationals and governments for the benefit of the poorest families and communities. The Archbishop of Canterbury, Justin Welby, endorsed the campaign in April, tweeting, "Jesus said he came to bring abundant life. Corruption steals from the poor, challenge it… with the EXPOSED Campaign.”

According to Rev Joel Edwards, who heads up the campaign, “This is the first-ever global stand Christians have taken against greed, secret deals and abuse of public influence. We know corruption is everywhere – from football deals to corporate boardrooms. We want more integrity in public life – it makes economic sense and moral sense. And if we fail to take this opportunity we are letting down the poor.”

The letter urges that funds released by tackling corrupt practices be used for crucial basic services such as healthcare: “The lives of 230 little children could be saved every day if corruption issues were addressed.”

Signed by more than 75 leaders across the ecumenical spectrum of the Church, the letter recognises that no country is exempt from this issue, and that the Church should renounce any of its own practices which rob from the poor.

The letter is released just as civil society groups from G20 nations meet in Australia for the C20. A key theme was governance. Chair of the C20 and CEO of World Vision Australia, Tim Costello, a signee of the Open Letter, told delegates in his welcome address, “Good governance includes transparency and accountability to citizens,”

G20 nations, which control 85% of the world’s economic activity, have already begun to cut corporate bribes, profit shifting and tax evasion. Brisbane’s meeting is a crucial time to press on for more concrete action. The EXPOSED campaign urges leaders to act not only in their own interests but on behalf of small and poor communities by providing clear open information and funding so that developing nations can access and use data from multinationals and governments.

For more information about EXPOSED, including stories and photos, and to sign the Global Call to End Corruption www.exposedcampaign.com Twitter @exposedcampaign