Bishop Elias Taban, a former enslaved child soldier turned global evangelical leader and force for peace in South Sudan, has been awarded the prestigious Global Citizen Award by the Clinton Global Initiative (CGI). In addition to attending the awards ceremony, Bishop Taban will close out the program for CGI's Annual Meeting in New York this week with a one on one conversation with Secretary Clinton.

Bishop Taban helped found the chaplain's corps in the Southern Sudanese rebel army during their long civil war and then played a leading role in the peace process, ending this violent and tragic episode in history.  By acknowledging him as a Global Citizen, CGI is recognizing Bishop Taban for his role in bringing stability to Southern Sudan through his ministries that have created a network of wells, orphanages, health clinics and schools across the newly formed country.

"Each year, honorees are nominated by the CGI community based on their visionary leadership, demonstrated impact, and sustainable and scalable work in solving global issues," said the Clinton Global Initiative.  "Bishop Taban's courage and selfless efforts have saved many lives, and after the war, he became known throughout South Sudan as he built schools, orphanages, and hospitals in the region." 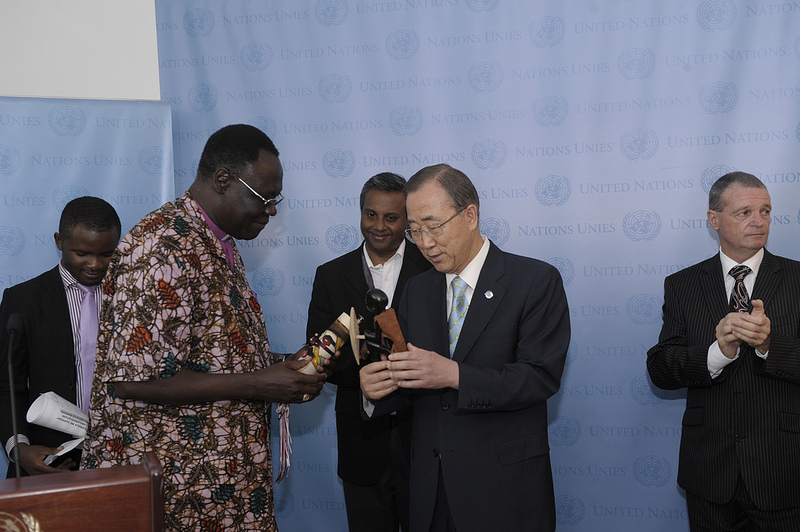 Praised as a respected broker for peace in both North and South Sudan, Taban has built an effective and sustainable ministry centered on engaging Sudanese communities to find solutions to the challenges they face.  In partnership with American churches, his Water is Basic ministry has drilled nearly 500 wells since 2008, providing clean water to approximately 10% of the people in South Sudan.  His ministry has also won recognition for its sustainable model that uses proceeds from wells and job training businesses to support orphanages, health clinics, and schools throughout the country.

“Bishop Taban is truly a remarkable man,” said Dr. Geoff Tunnicliffe, Secretary General of the World Evangelical Alliance. “He has made a huge contribution to the peace process in South Sudan. His courage, vision and work of reconciliation are an inspiration to many people.”

Bishop Taban spent the first week of his life in the jungle where his mother hid following a massacre in his village that began as she was in childbirth.  After escaping the life of a child soldier, Taban earned a degree in civil engineering before returning to South Sudan to serve the rebels as a logistics officer and chaplain during the second civil war.  He founded the Evangelical Presbyterian Church of South Sudan and was voted the President of the Sudan Evangelical Alliance in 2003.  Click here for full bio.

Each year the CGI recognizes outstanding individuals who exemplify global citizenship and devise solutions that effect positive, lasting social change.  Bishop Taban will be recognized in a private ceremony on September 25, 2013.