The WEA continues to appeal for prayer for good resolution of the tensions in Egypt and for all those who have been victims of recent violence. Those victims have included Christians. The Italian Evangelical Alliance organized a prayer rally for the Christians in Egypt in front of the Egyptian Embassy in Rome. We commend the Italian EA for this initiative

After the recent outbreak of violence against the Christians in Egypt the Italian Evangelical Alliance organized a prayer rally in front of the Embassy of Egypt in Rome. On August 24th, dozens of people representing several Evangelical Churches of the city gathered to pray for peace in the country and for protection for the Christian minority.

A prayer rally in front of the Embassy of Egypt in Rome.
Recent reports from Egypt were read together with biblical passages assuring that God is in control and cares for His people. A letter to the Ambassador was signed by the participants expressing concern for the dangerous situation which the Christians find themselves in and the hope that action will be taken to secure  protection and religious freedom for all. 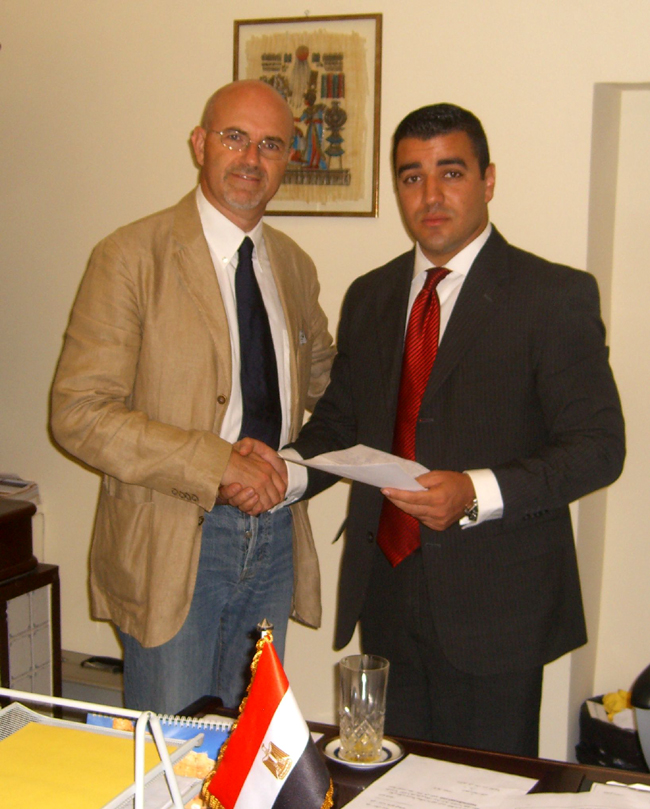 On August 26th, the Italian EA’s vice-president, Leonardo De Chirico, personally handed the letter to the Consul in Rome, Mr Osman Magdy, saying that the Evangelical people of Italy stands in prayer for Egypt and is particularly near to the Egyptian Christians. The Consul thanked for the interest shown and assured that the Egyptian government will work hard to protect all its citizens no matter their religion.
August 26th, 2013
www.alleanzaevangelica.org
[email protected]