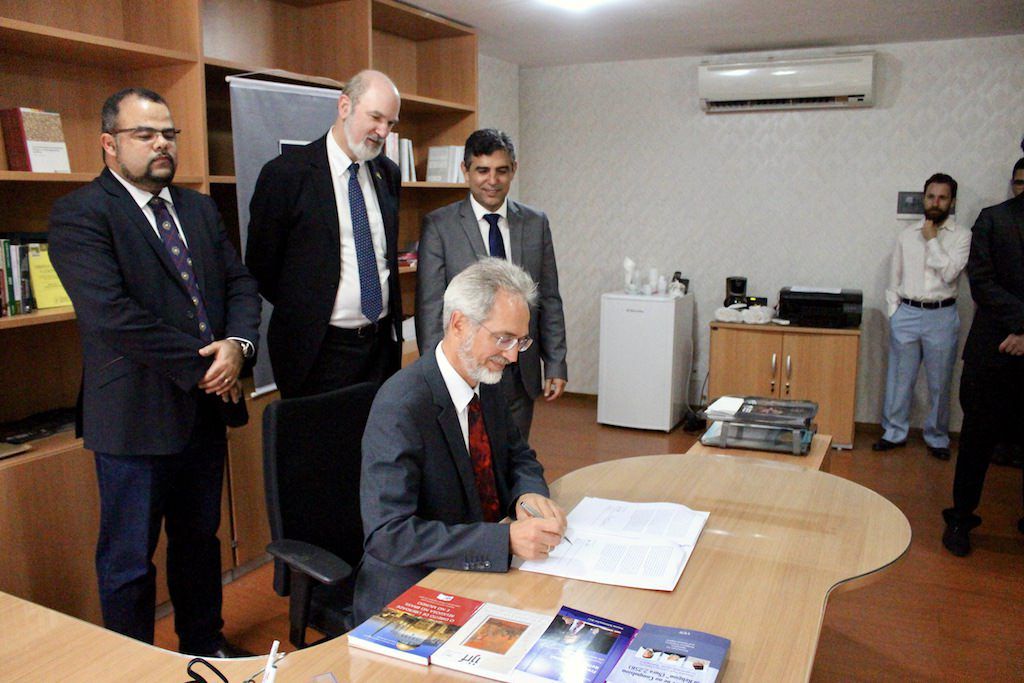 Both organizations have already worked together in the past, organizing international conferences, in major publication projects, as well as acting as experts to the International Platform of Parliamentarians for Freedom of Religion and Belief (IPPFoRB). There have been several reciprocal delegations visiting São Paulo and Berlin over time. The cooperation was agreed upon in the German Bundestag at the last IPPFoRB summit in Berlin 2016.

The signing of the Memorandum of Understanding took place near the parliament of Brazil in the office of IILSRFCL. The MoU was signed by the president and vice-president of Anajure, Prof. Dr. Uziel Santana, and Dr. Jonas Moreno, and the directors of IIRF, Prof. Dr. Christof Sauer from South Africa and Prof. Dr. Thomas Schirrmacher from Germany. Uziel Santana, the new director of IIRF for Latin America, is Law Professor at Universidade Presbiteriana Mackenzie, Universidade Federal de Sergipe and Visiting Professor at Facultad de Derecho da Universidad de Buenos Aires (FD-UBA), as well as President of the Federación Inter Americana de Juristas Cristianos (FIAJC).

The whole group had been visiting the Minister of Foreign Affairs, Aloysio Nunes Ferreira Filho, the day before together with Leonardo Quintão, President of the Parliamentary Coalition for Refugees and Humanitarian Aid of the Brazilian National Congress, and Gerardo Amarilla, President of the Chamber of Deputies of Uruguay.

Godfrey Yogarajah, the chair of the advisory board of IIRF and director of the Asian branch of IIRF had visited the President of Brazil, Michel Temer, the day before.