Interview with Dr. Geoff Tunnicliffe on his recent visit to China 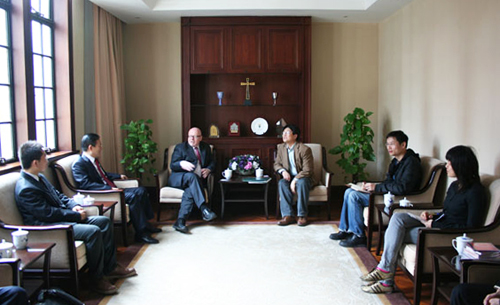 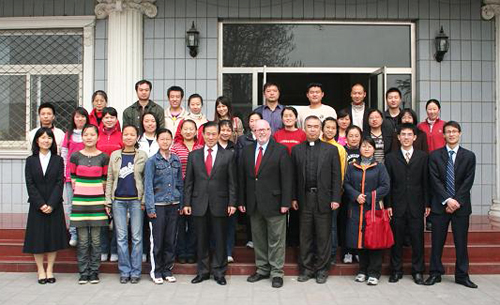 The International Director of WEA, Dr. Geoff Tunnicliffe, paid a meaningful visit to China from April 5-10, 2008 during his recent East Asia tour, where he also visited Thailand, Vietnam, and South Korea. In the following interview Dr. Tunnicliffe shares about his meetings with the Chinese Christian leaders and the Chinese government officials, and their significance to the work of WEA as well as the current state of Christianity in China.

1. What conclusions do you draw from your trip to China?

Since my trip was limited this time to Beijing and Shanghai, consequently, my conclusions have some limitations as well. Having said that, it is obvious that China is on the move. As a leading economic force in the world, China will continue to have a growing impact beyond its borders. Within its borders, however, China faces great challenges. Serious pollution, urbanization, growing disparity between the rich and the poor, spiraling inflation as well as unrest in certain parts of the country are having a profound impact upon the nation.

In addition, I would say that Christianity is alive and growing in the urban churches. While my visit was limited to connections with the registered churches it was made clear to me that all parts of the Christian family are growing. What was also interesting to me was the fact that 90 percent of the registered churches would be considered evangelical in their beliefs. Access to Bibles and other Christian literature seemed quite easy. However, I cannot speak for the situation in the rural areas.

It was also my observation that Chinese leaders are very sensitive to the outside world. I was told repeatedly the western media in particular was very biased. (During my stay, some news was blacked out on CNN and BBC when they were reporting on the Olympic Torch Relay.)

2. How significant were the meetings with Three-Self Patriotic Movement and Chinese Christian Council (TSPM/CCC), and SARA (State Administration for Religious Affairs)?

These were very significant meetings. In many ways they were “get acquainted” opportunities for both sides. It was obvious the Chinese leaders had researched WEA ahead of our meetings. This was very helpful since it led to a more thorough exchange of thoughts and ideas. I felt we were both able to respond to what are both caricatures and stereotypes of both of our movements.

I felt we had a very constructive discussion around the current state of the church, religious freedom and the Chinese involvement in Darfur.

I was fascinated to note that both the leaders at SARA and CCC indicated that they felt the Church would have a greater positive role in Chinese society. However, they also acknowledged some challenges the Church is currently facing which include: the lack of trained leaders, developing a theology of integral (holistic) mission and tensions with the unregistered churches.

3. How will these meetings help WEA's future work in China?

WEA wants to develop a long term partnership with Chinese Christians. One of the primary purposes of my trip was to begin to build bridges of understanding with the Chinese leaders in order to accomplish this goal. This trip certainly helped with this goal.

4. Does the WEA have any short-term and/or long-term plans to work with SARA and the official Chinese church?

I believe we took the first important steps during this visit. We are anticipating over the next number of years building upon this first visit. This could include an official visit to China next year by the international council and leadership team of WEA.

5. You visited Yanqing Theological Seminary and gave a lecture there. What impression did you get from the Chinese Christian youth?

It was exciting to be with students who are hungry to know God and want to serve Him.

We need to pray for China and our brother and sisters there. The following article will help guide your prayers: