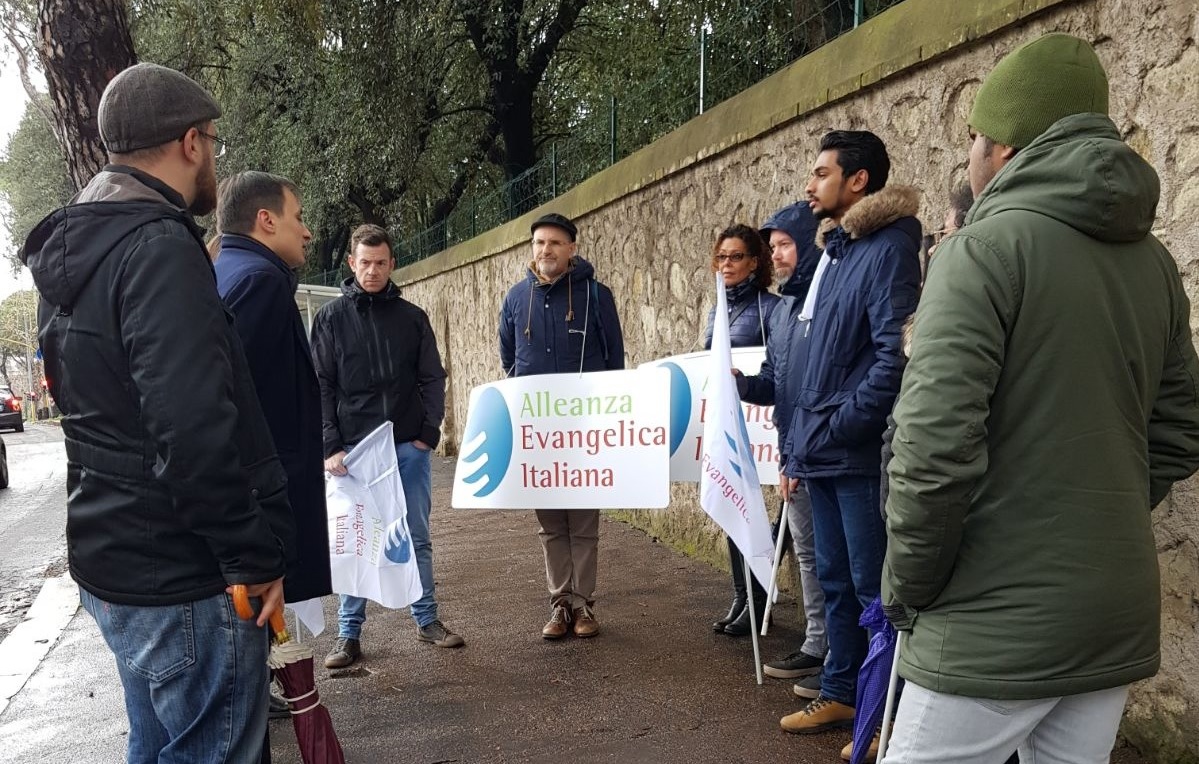 Rome (AEI), 11 January 2018 - "We are here to pray for Kazakhstan and to advocate the cause of religious freedom in the country". With these words the president of the Italian Evangelical Alliance, Giacomo Ciccone, opened the prayer rally in favor of Kazakhstan held before the Embassy of the Country in Rome, Italy. About twenty evangelical believers met to intercede for the Central Asian country and the church there.

During the event, a letter was handed to an official for the Ambassador. It reads:


"We have become aware of a draft reform to the current law on religious freedom that was presented to Prime Minister Bakytzhan Sagintayev on the 17th of November, 2017. This reform would introduce further limitations to the free expression of religion in Kazakhstan, placing thousands of citizens in a position of fragility and limiting access to one of the fundamental human freedoms: religious freedom.

As a religious minority in our own country, we know well how fundamental and vital this freedom is and how much suffering and injustice the denial of this essential right has caused in the past. We believe that freedom of religion is at the basis of an open and flourishing society.

This is why we ask the Embassy of Kazakhstan in Italy to intercede with their government to stop the approval of this draft reform and to promote a fairer law that grants religious freedom to all citizens, regardless of their religion".

The prayer rally took place during the Evangelical Alliance’s Week of Prayer to underline the bond that exists between evangelical Christians world-wide. In recent years, the Italian Evangelical Alliance has promoted numerous events of this kind to support religious freedom in many nations.