Those who have power have the opportunity to shape and change others for the better. However, power always carries the danger of abusing and oppressing others. It becomes particularly harmful when this abuse is done in the name of God, is religiously justified and finally becomes embedded in the structure of groups, communities or organisations. How to counter such abuse of power is the subject of the 2021 book edited by Dr Martina Kessler. 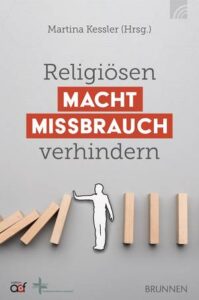 “Every leader is given power and thus he/she regularly has to choose: Do I use the power entrusted to me for good or evil?” says Martina Kessler. Her book brings together essays by various authors who have leadership responsibility in Christian churches and ministries that belong to the Evangelical Alliance network. It deals with issues such as the limits and grey areas of exercised power, as well as which personality traits and life experiences favour the abuse of power and how leaders in the Christian field can protect themselves from abusing the power they have been given.

The chairman of the Evangelical Alliance in Germany, Pastor Ekkehard Vetter, says: “The strength of the essays compiled in this book lies precisely in the fact that they also investigate the grey areas. What darkest recesses of personality and unresolved episodes in the lives of leaders are favourable to the encroaching use of power? Am I willing to learn as a leader? Do I seek constructive critical feedback? Am I part of a team that treats each other as equals?”

Thomas Schirrmacher, General Secretary of the World Evangelical Alliance, writes in his foreword to the book: “As Christian leaders, all these issues concern us just as much, and we should discuss them over and over again, not because the media force the issues on us or because the factual situation can be overwhelming, but because abuse of power is an integral part of what the Bible describes as sin and because Jesus died on the cross to free us from this form of selfishness. Particularly those who have genuine authority in the church will demonstrate this by addressing these issues self-critically in sermons and church newsletters, meetings and youth circles on their own initiative, before anything catches fire.”

The book is a valuable aid in exposing abuse of power or, if possible, preventing it in the first place.