In June a new United Nations Special Rapporteur for Religious Freedom or Belief has been appointed to succeed Prof. Dr. Heiner Bielefeldt. We want to use this opportunity to look back on his mandate and to appreciate his action for the benefit of freedom of conscience and religion.

Let us first briefly look at his career. After studying theology and philosophy he proceeded in a more interdisciplinary direction with studying history. This was completed at the University of Tübingen (Germany) in 1989 with a PhD in philosophy. During his studies Prof Bielefeldt soon developed an interest towards issues with regards to human rights and religious freedom, with a special interest in interreligious dialogue. It is therefore no coincidence that he became the director of the German institute for Human Rights from 2003 - 2009.

On June 18, 2010 Prof. Bielefeldt was appointed as Special Rapporteur for Freedom of Religion or Belief as successor of Asma Jahangir. His mandate was renewed in June 2013. In the footprint of his predecessors he has accomplished his mandate in a spirit of working together with the nations and the primary stakeholders. Soon enough the new Special Rapporteur has given his mandate a personal touch to the institutions, just as much through his opinion about the subject as through his work method.

Like his predecessors the Special Rapporteur has regularly visited the many countries to review their human rights situations with regards to freedom of religion and conscience – each visit resulting in a report that registered the situation in the country and proposed recommendations. Added to these country visit reports were reports addressing specific sensitive subjects, like the right to conversion, the freedom of conscience and religion at school and equality of sexes.

His charismatic personality and his bold vision about human rights and the right to freedom of religion or belief have rendered Prof. Heiner Bielefeldt the genuine admiration and profound recognition of the concerned civil society representations at the U.N.

For this reason the World Evangelical Alliance is very grateful for the work of an effective defender of human rights and the freedom of conscience. 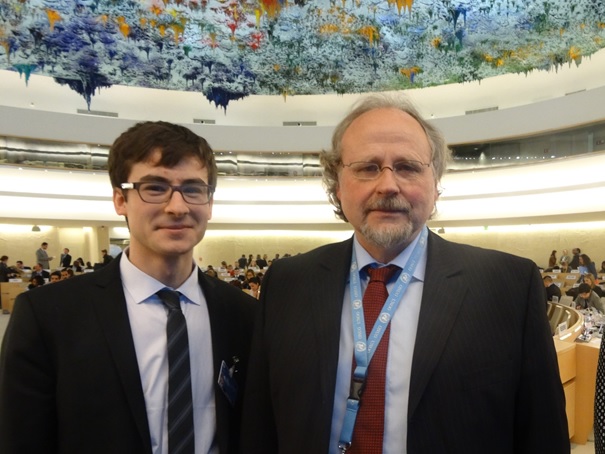