Two years ago, the Senate decided to protect both lives

Remembering the historic decision by the Senate of our nation when the bill of the Voluntary Pregnancy Interruption law was rejected on August 8, 2018, the Alianza Cristiana de Iglesias Evangélicas de la República Argentina (ACIERA) declares that such decision must be upheld, since it represents the mind and the heart of most Argentinians. We would also remind the Government about their responsibility to defend the paramount right to life in every circumstance.

It was a joint effort by different organizations and movements “in favor of both lives” (the mother’s and the child’s), from the first day the debate on the bill was announced, and the discussion at the Congress of our nation, in March, 2018. Of special importance was the historic NATIONAL GATHERING FOR BOTH LIVES, at the famous Obelisco in downtown Buenos Aires (August 4, 2018). That HUGE GATHERING was organized by ACIERA with the support of all the Evangelical churches and organizations, and the presence of the Catholic Church, different pro-life groups and many common citizens that, regardless of their ideological position or religious beliefs, marched for “both lives”. 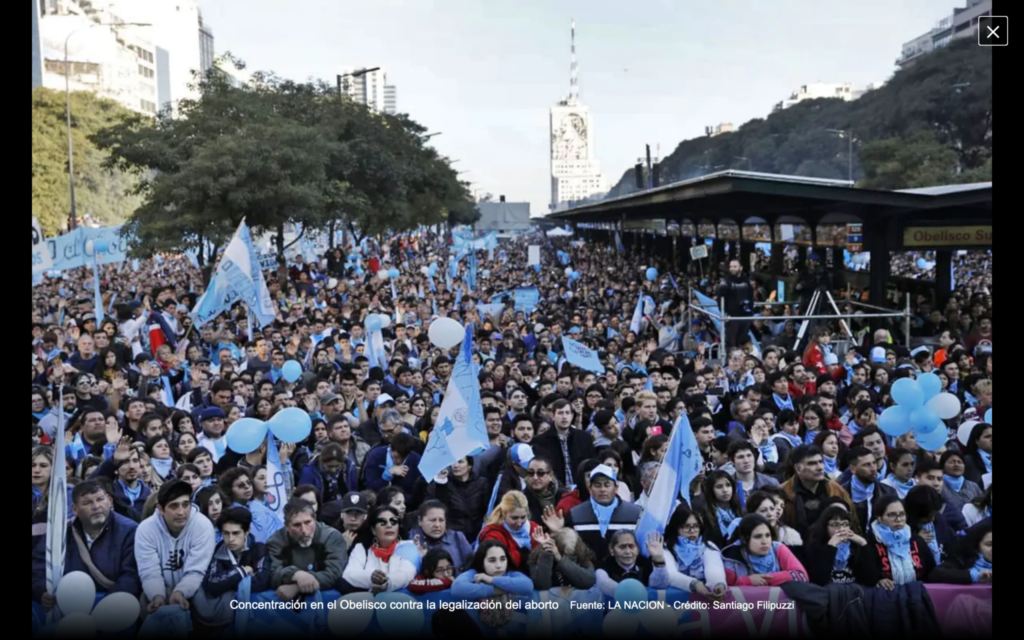 The idea for this huge meeting started at a national meeting of evangelical leaders from around the country, held on July 5, 1018, at the “Visión de Futuro” Church building. An agreement was reached that day that led to a huge crowd of people from all around the country meeting in front of the historic Obelisco in downtown Buenos Aires, a key place for massive meetings at different times in Argentina’s history. Many of these gatherings changed the course of our country… including the decision not to legalize abortion.

Long lines of buses, cars adorned with Argentina’s flag and posters with messages in favor of both lives led to over 600,000 people meeting on 9 de Julio Avenue, with one purpose only, that of getting across the message: “Save both lives”…, and a moment of prayer to God for the lives of mothers and the unborn children, with the main media, both national and international, in attendance. This was a clear example of what Evangelical churches, and people in general, may achieve when UNITED for a cause for which we continue to fight.

We want to honor all of those who have made this cause their own and who made such a massive gathering a reality, as witnessed by the world’s media.

Two years have gone by, and though we are thankful that our Congress finally voted not to legalize death, we are aware that a mere law does not rule out clandestine abortions. That is why our defense of life has continued, with care programs by churches, networks and ministries, providing women in vulnerable pregnancies comprehensive assistance. In this way, we are clearly showing that abortion is not the way, because the problem of abortion cannot be solved through abortion itself. The motto: “Education for prevention, love and care to avoid abortions and adoption to live” became a fact, more than words, to show the government what the government should be doing. 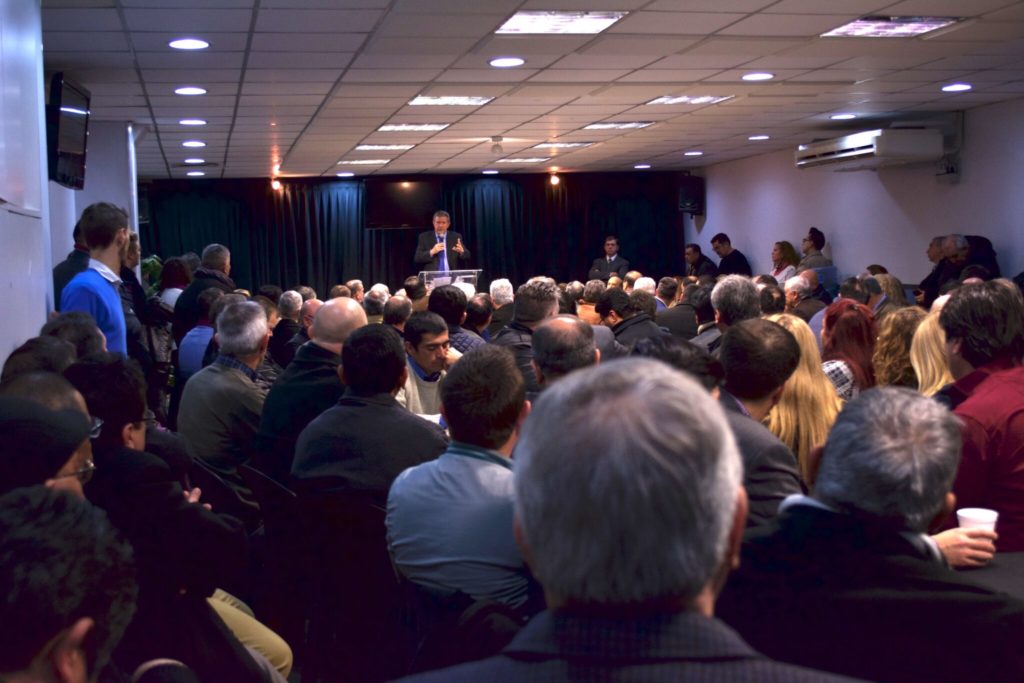 In just three weeks, Christians joined and organized for a massive gathering, in order to make national legislators aware of our position. And today, we continue to be alert, in case the National Congress should discuss a new abortion law project, such as President Alberto Fernandez announced in his address to the opening session of the Congress this year (March 1).

We are alert and mobilized in the midst of this pandemic, attending to the needs of families, providing love and care, emotional and spiritual support to whoever needs it; working together with government authorities and community organizations; delivering thousands of food parcels, with the help of thousands of volunteers around the country. But we also stay alert and paying special attention to statements such as those uttered by our President, who said that he has an abortion law bill ready to be submitted to the national Congress.

It troubles us to know that the national government insists on submitting an abortion law bill that goes against the decision constitutionally voted by the Senate of our nation on August 8, 2018.

We encourage the millions of Argentinians who defend BOTH LIVES to raise the values of UNITY, TRUTH, EQUALITY and DIGNITY on the face of a culture of dismissal. A culture that does not follow our national Constitution, where it is clearly stated that we must seek “the wellbeing of all”; which, in our view, must include all Argentinians, born and to be born.

On Saturday, August 8, we will join together in an International Day of Action for Both Lives, and we encourage all members of society who believe in caring for both lives to join the several meetings to be held in different parts of our country; such as the online meeting to be held on this very Saturday. We are reminded that two years ago, on a cold and rainy night, at the entrance doors of the palace of our National Congress, we witnessed that, when we were UNITED with a single purpose and faith in our God for Whom nothing is impossible, the right to live prevailed.