Thousands of registered voters queue to vote in Lakes State

On dawn of 9th January, thousands of people came out of their homes to fought separation. Women mainly led the queuing in chairs (pictures). In one of the pictures, Cde, Bol Makueng led the Church group to among the first to vote. People came to voting centers as early as 1:00 am midnight and they stayed on not realizing that they were standing in hot sun. In some centers, about 50% of the registered voters have already voted. 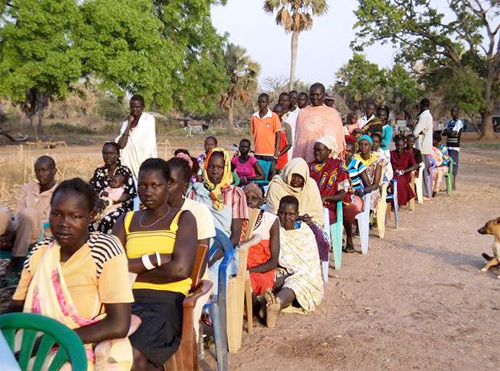 In fact, the voting day was preceded by sacrifices in the villages. Brown rams were killed and the traditional spiritual leaders prayed to God to bring final freedom to children of Southern Sudan. 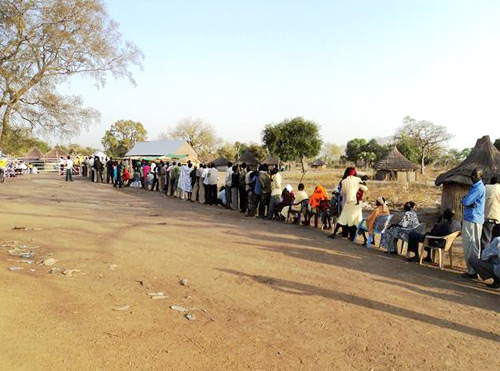 One woman particularly raised her card after voting and talking to herself saying: “God the creator, I have now voted for separation of Southern Sudan so that you do not punish me. Have I not fulfilled your desire for children of Southern Sudan to be free? God, even if I die today, I will say thank you fo allowing me to live and vote for separation". 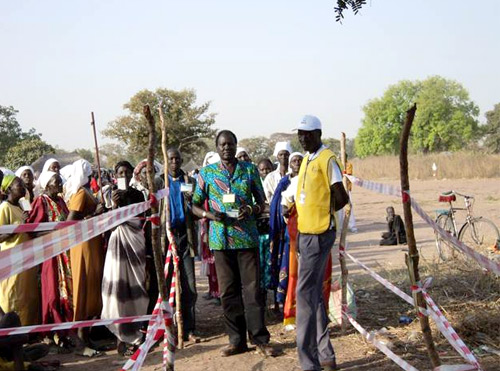