(Bonn, 18.05.2016) On the occasion of their participation in the 2016 National Prayer Breakfast in Washington, two members of the Central Council o Oriental Christians in Germany (Zentralrat Orientalischer Christen in Deutschland, ZOCD), namely the Member of the German Bundestag Volkmar Klein and the Director of the International Institute for Religious Freedom (IIRF), Thomas Schirrmacher, met with the new Special Advisor for Religious Minorities in the Near East and South/Central Asia, Knox Thames, and received information on his last trip to the Near East. Also, since there are efforts to establish something similar for the entire Near and Middle East, Klein and Schirrmacher introduced the ZOCD.The conversation had been arranged at a meeting between three representatives of the IIRF and the Ambassador-at-Large for International Religious Freedom, David N. Saperstein, in December in Rome. 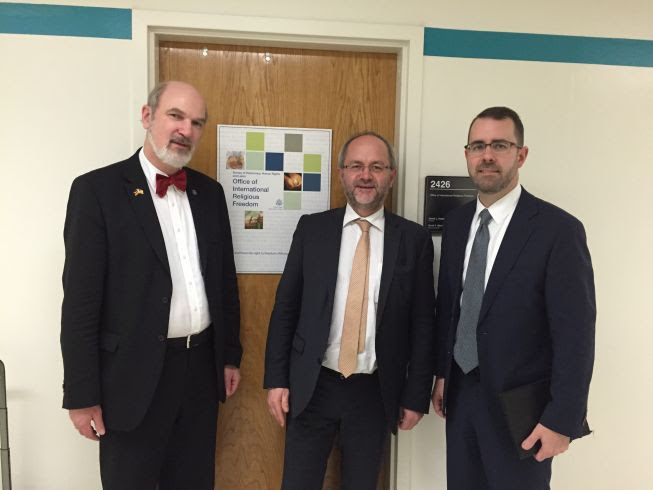 In addition, Schirrmacher met in Washington with numerous researchers and experts associated with the topic of religious freedom, thus with Nina Shea, Director of the Hudson Institute's Center for Religious Freedom, with Olivia Enos and Sarah Torre, responsible for topics relating to religious freedom in the USA and the Near East in The Heritage Foundation, the Republican think tank, with Timothy Shah and Thomas Farr, the Directors of the Religious Freedom Project at Georgetown University's Berkeley Center for Religion, Peace, and World Affairs as well as with the Republican politician John McCain and the Ukrainian politician Julija Tymoschenko. Volkmar Klein and Thomas Schirrmacher had met the prior year with Frank Wolf, a Republican member of the House of Representatives, the longest standing active member of the House of Representatives (1980-2015). As a Republican, along with colleagues in the Democratic Party, he has been advancing all significant legislation in the USA relating to religious freedom. 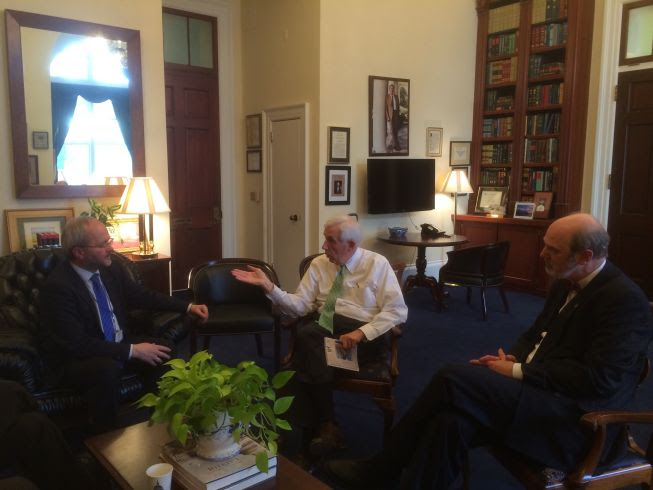 In a statement, Schirrmacher subsequently criticized President Barack Obama. In no city on earth are there so many experts working on the topic of religious freedom as in Washington, and Washington has furnished numerous laws with high ranking institutions having to do with the topic. These include the US Commission for International Religious Freedom (USCIRF), which is associated with the US Congress, the Ambassador for Religious Freedom, and a separate department within the State Department which produces a report on the state of religious freedom in all countries on earth. However, through his disinterest, President Obama has ensured that their effect comes to nothing. The new office held by Knox Thames was also created through a law from both Houses of the US Congress against Obama's wishes. President Obama, like the EU Parliament, appears to have also knowingly opposed calling the genocide conducted against Christians, Yazidis, and others in the Near East by its name. Indeed, Obama is of the opinion that the acts against Yazidis represent genocide, but not the actions taken against Christians.Since reports that the Canadian government has been the first to do away with the office of Ambassador for Religious Freedom, North America has in the meantime fallen well behind its potential as far as this topic is concerned.