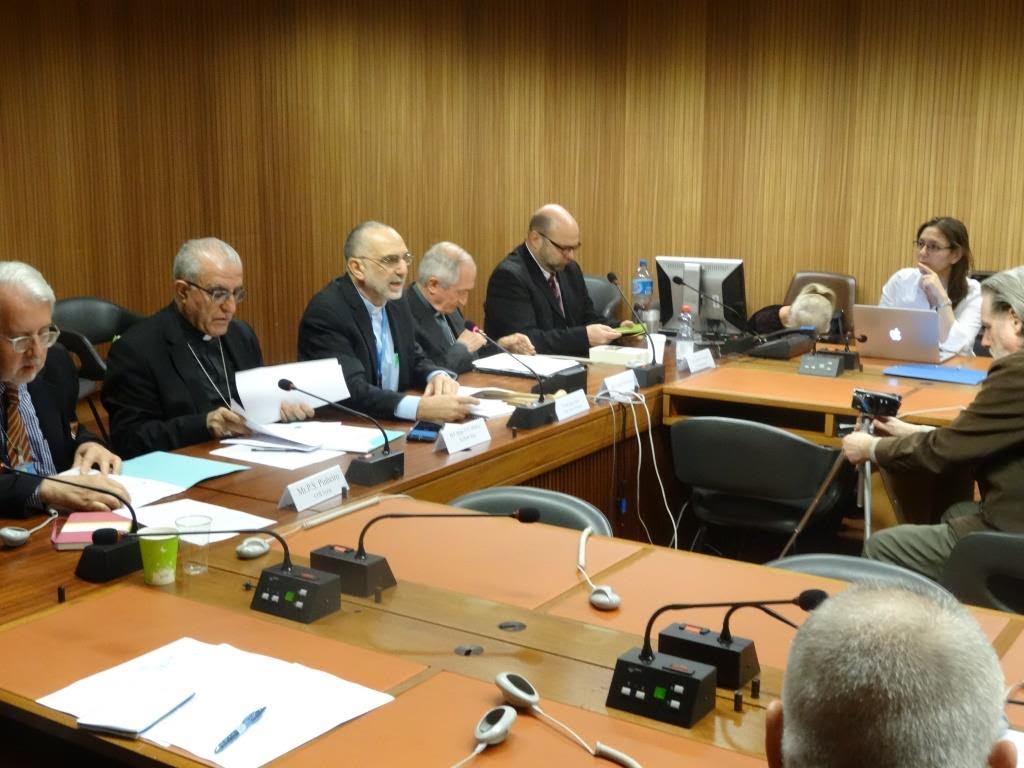 The wars in Syria and Iraq with their immense human suffering are a prime concern in the World Evangelical Alliance participation in the Human Rights Council of the United Nations. In the recent three week session WEA co-sponsored an event on the question where the political will is to stop these wars? This central question is often forgotten among the media prone issues of the refugee crisis and the question of foreign intervention.

The event in a packed room and chaired by Michael Deeb kicked off with a sharp analysis of the diplomatic head of the Roman Catholic Church to the U.N. in Geneva, Archbishop Tomasi, who analyzed the layers of the conflict to beyond the national borders in the Sunni/Shiite conflict and the struggle of the global power brokers. The needed political process on the ground does not seem to interest those parties and they therefore pursue their solutions on the back of civilians.

The next speaker was the chairman of the Independent Commission of Enquiry for Syria, Paulo Sergio Pinheiro, who explained that wars within wars are fought and predicted that the number of refugees can double if government territory is further threatened. The involvement of Turkey and the indiscriminate government bombing of opposition territory will reduce the citizen’s options. At least some political talking has started recently.

The third speaker was the Archbishop of Kirkuk in Iraq, who predicted that if the war continues there will be no Christians in the region anymore in 10 years from now. He rebuked sectarian texts in school curriculum and warned of the inclusion of religion in the information of citizens identity papers.

A particular aspect of the conflicts was highlighted by Andrew Feinstein, author of a book about the illegal nature of much global arms trade. This concerns not a specific issue in the Middle East but takes center stage here right now as the conflicts are most violent. The author maintains that illegality is very dominant in arms trade, also because this trade is an intelligence asset. It is a very small group of defense industry, agents and politicians which dominates this trade and forms a perfect condition for rampant corruption and enormous political influence. By now it has developed in what the author calls a “parallel legal universe”. He investigated 502 cases for his book, 2 of which triggered legal action and only 1 led to a conviction.

The meeting did not finish before reading excerpts from a letter with voices of grass roots level, read by Bob Vitillo from the Caritas Geneva office. The human heart is not to be silenced by political scheming.

Archbishop Tomasi concluded the event by emphasizing that the powers that call the shots should sit around the table and work for a political solution to come about. This is the only humanly possible way forward towards a solution of this dire conflict.