WEA Leaders Congratulate Dr. Tveit on His Re-election as General Secretary of the World Council of Churches

Dr. Wilf Gasser, Associate Secretary General of the World Evangelical Alliance (WEA), and Dr. Thomas Schirrmacher, Chair of the Theological Commission of the WEA, congratulated Rev. Dr. Olav Fykse Tveit on his re-election for a second term as General Secretary of the World Council of Churches (WCC) by the WCC Central Committee. They brought greetings from the WEA Secretary General Dr. Geoff Tunnicliffe.

Gasser and Schirrmacher were visiting the Central Commitee’s session in Geneva, which is the highest decision making body of the WCC. In a short speech to ecumenical partners, Schirrmacher thanked Dr. Tveit for the fruitful cooperation between WCC and WEA in the past five years. Under Tveit’s leadership, cooperation between the two organizations has grown in various matters, one being Human Rights.

“WCC would often look to WEA’s opinion and there would be room for discussion of the differences between the two such as theology. However, these discussions were held behind closed doors rather than through the media,” Dr. Schirrmacher commented.

The cooperation of WCC and WEA through the Global Christian Forum and the Christian World Communions shows to be fruitful, especially with the upcoming process on discrimination and persecution of Christians. Schirrmacher expressed his hope to see the relationship between WCC and WEA grow in Tveit’s second term as General Secretary. 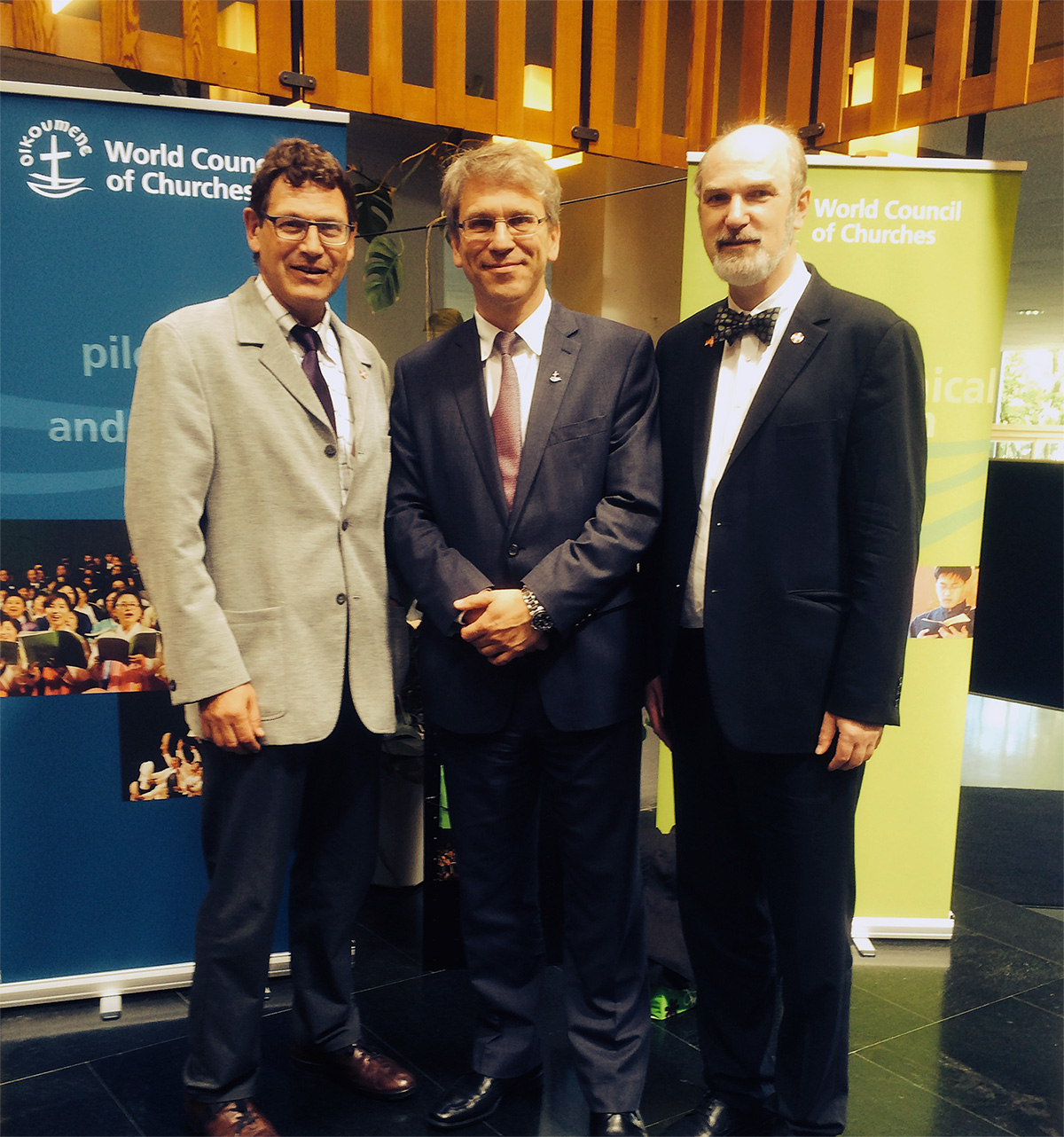