The World Evangelical Alliance’s (WEA) newly launched Peace & Reconciliation Network (PRN) is co-hosting an Eastern European Conference on Peace, Reconciliation and Social Justice in Chisinau, Moldova, on May 17-22, 2017. Focused specifically on the unique context of CIS1 countries, the conference aims to establish a regional network that enables participants from different nations to together address the needs and challenges of their region.

“As Christians, we are called to be agents of peace and reconciliation. The Bible is full of stories and instructions where God calls us not only to be reconciled to Himself but also among each other. Jesus saying the peacemakers are blessed and will be called ‘sons of God’ is just one example,” Bishop Efraim Tendero, Secretary General of the WEA, commented and added: “Conflict is the root cause of so much suffering: poverty, loss of life, forced migration, and more. Lack of education and opportunities due to prolonged conflict situations also robs people of their hope for the future and makes them vulnerable to human trafficking and exploitation. Therefore, if we as believers can contribute to restoring peace and help accomplish true and lasting reconciliation, we will also have prevented other suffering as a result.” 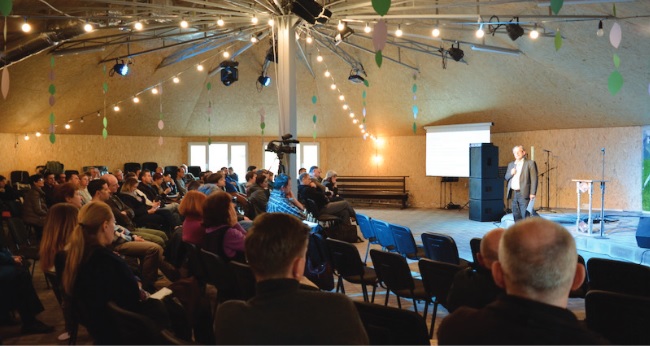 Speaking about the specific Eastern European and Central Asian context of the conference, Dr. Johannes Reimer who heads up the preparations states: “The Evangelical Alliance movement and the movements towards unity in Eastern Europe and Central Asia in the past have only had limited success. The launching of an Eastern European network for Peace and Reconciliation and Social Justice creates a unique opportunity to foster unity and joined action of evangelicals in the region. At the same time the region is facing numerous ethnic post-Soviet-made tensions. Evangelicals in the region and the WEA movement in general are able to contribute to finding creative solutions strengthening both, the Church in particular and society in general.”

The WEA PRN has only recently been relaunched under the leadership of Dr. Reimer who has been working with the WEA as Commissioner for Peace & Reconciliation to Russia/Ukraine since 2014 and brings extensive experience in the field.

At a strategy conference in the Netherlands earlier this year, its five-pronged T-R-A-I-N strategy was affirmed as foundation for rolling out regional, national and local peace networks. TRAIN stands for Teaching of peace and reconciliation processes, Restoration in communities post-conflict, Assisting with resources and personnel, Initiating peace alliances, and Networking for knowledge and resource transfer.

“To bring peace and restoration we need to equip local and national players with new capacities, so that they are able to engage with their community in unrest. TRAIN not only helps to assists actors for peace and restoration but also to initiate alliances where there is no peace initiative existent. It uses resources from the global network to teach and to establish centers to train them,” Dr. Reimer comments.

Commissioner Christine MacMillan, Associate Secretary General for Public Engagement whose portfolio includes the PRN, said: “We as Christians have a Savior depicted and named as the Prince of Peace. Addressing conflict he walks into chaos with gifts of forgiveness, truth and healing. Our Peace & Reconciliation Network is gaining the skills and intention to enter darkness with conversations that explore peace and discover reconciliation.”

> To contribute to WEA’s peace & reconciliation work in general or the upcoming Eastern Europe conference in particular with a gift, click here


Picture: Dr. Reimer speaking at a peace & reconciliation conference co-hosted by WEA and its Ukrainian partner “Bearer of Peace” in Kiev, Ukraine earlier this year.

1 CIS stands for Commonwealth of Independent States, the majority of which are former Soviet Republics.