Artukbek Adilovich Yusupov, Minister for Religions and Chair of the Committee on Religious Affairs under the Cabinet of Ministers of the Republic of Uzbekistan, met with the Schirrmachers and others in the center of Islam, the Khan-Imam Complex, in Tashkent.

Among the people present at the meeting, The Grand Mufti was represented by Sheikh Abdulaziz Manzur, Rector of the Tashkent Islamic Institute, and the Uzbek Christians were represented by the highest official of the Russian Orthodox Church in Uzbekistan.

Although Uzbek Christians were represented by an Orthodox Russian Christian, the Schirrmachers reminded the government that freedom of religion applies to all denominations of Christianity as well as other religious minorities. They mentioned that new studies show that freedom of religion paves a way for a more peaceful society; on the other hand, suppression paves a way for violence and even terrorism.

The Schirrmachers supported The Committee for Religious Affairs' action in banning radical Islam, especially The Islamic Movement of Uzbekistan (IMU) who seeks to impose Sharia law and is reported to have links with Al Qaeda. They also were glad to see the Uzbekistan government prevent Uzbekistan from becoming a new Mecca for radical Islamists because of the oldest Koran manuscript, which contains about one-third of the entire Koran and is located in the Khan-Imam Complex. 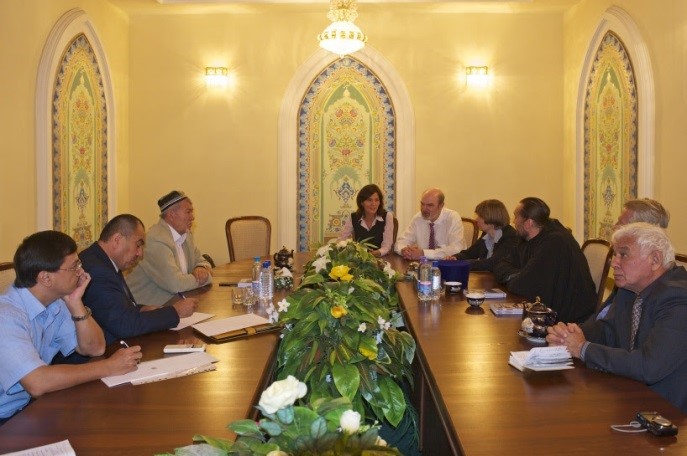