On October 28th, Bp Efraim M. Tendero, Secretary General of the World Evangelical Alliance together with Bp Thomas Schirrmacher paid a visit to His Excellency Dr. Gjorge Ivanov, President of the Republic of Macedonia. He was accompanied by a delegation of the Evangelical Protestant Initiative (EPI) which is organizing the commemoration of the 500th Anniversary of the Protestant Reformation in Macedonia. 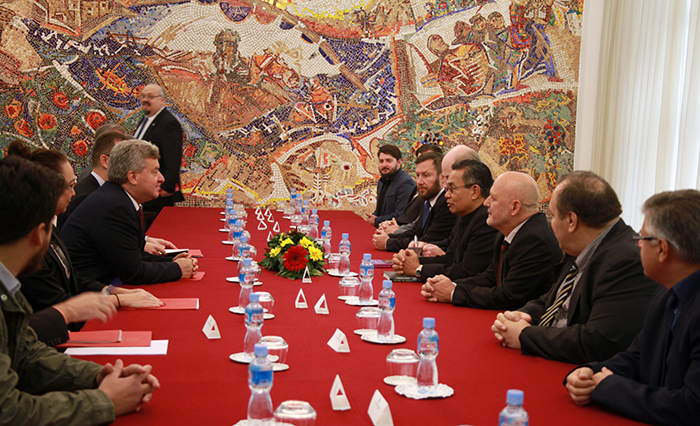 Bp Tendero thanked President Ivanov for his leadership in pomoting values of respect and harmony in Macedonia.

During the meeting, Bp Tendero expressed his gratitude to President Ivanov for his leadership and efforts in promoting the values of respect and harmony in the Macedonian multi-ethnic and multi-religious society. He commended Macedonia’s active contribution in the field of inter-faith dialogue, by organizing the four World Conferences on Inter-Religious and Inter-Civilization dialogue. He thanked the President for being a patron of the commemoration of the 500 years of the Protestant Reformation in Macedonia.

President Ivanov emphasized the importance of the Macedonian model of coexistence and respect of diversity, which is fundamentally different from the western tradition of tolerance. This model allows integration without assimilation of all ethnic and religious communities in Macedonia, including the Evangelical Christians. President Ivanov expressed his gratitude to the Evangelical Protestant Churches in Macedonia for their support during the refugee and migrant crisis, by providing humanitarian relief to around a million refugees that went through Macedonian territory. 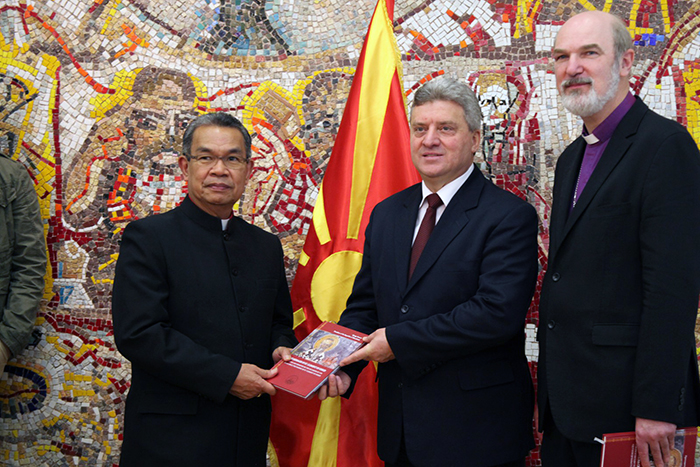 From the left: Bp Tendero, Secretary General of the WEA, met with President Ivanov of Macedonia (middle). He was accompanied by Dr Thomas Schirrmacher, Associate Secretary Geneary for Theological Concerns (right).

At the end of the visit, Bp Tendero presented the handbook ‘Evangelicals Around the World’ on behalf of the WEA. Bp Tendero then offered a prayer for the President asking for wisdom and guidance for the progress, peace and prosperity of the Republic of Macedonia. 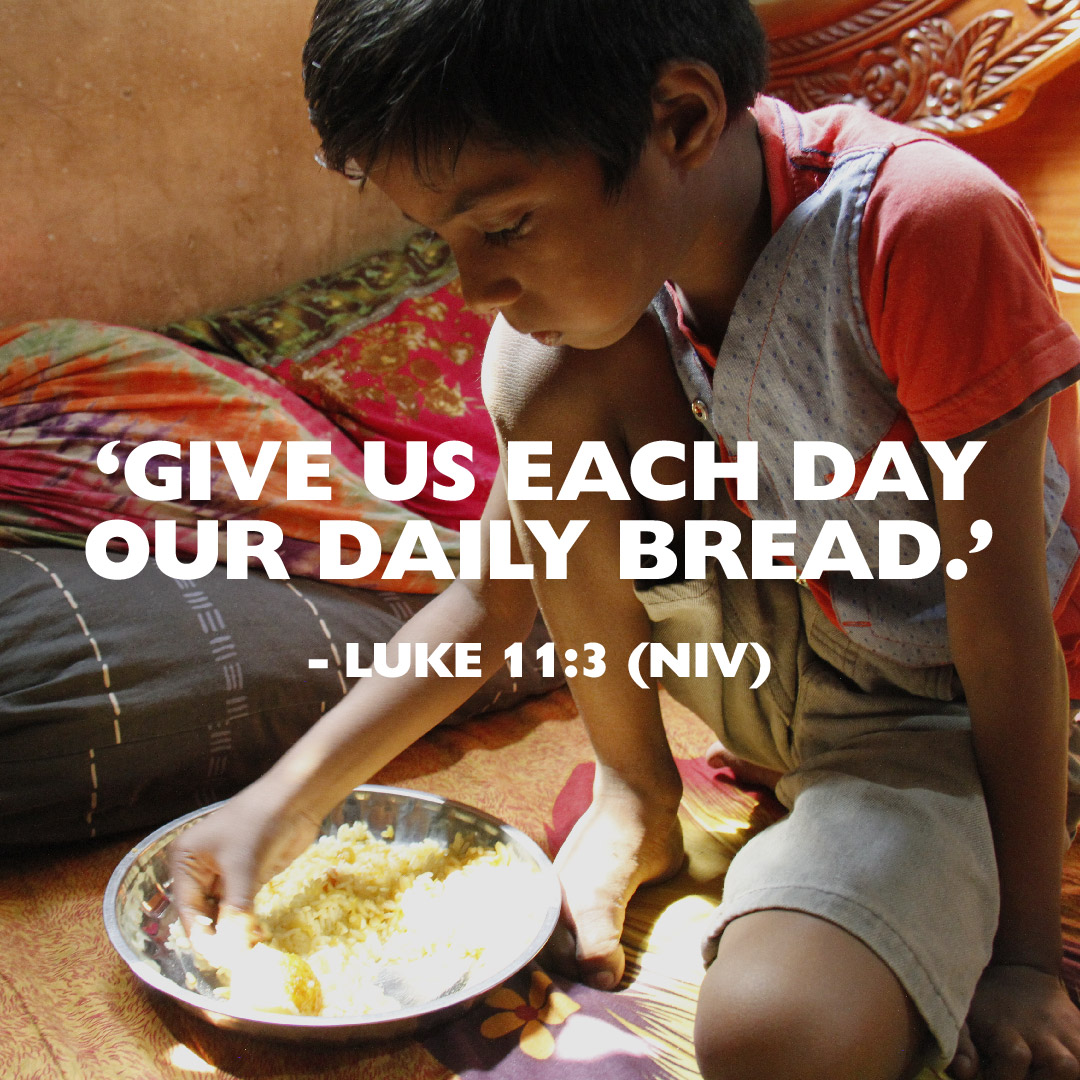 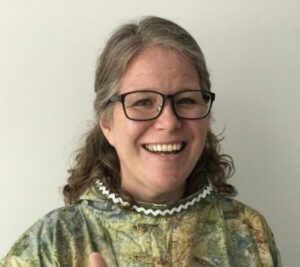