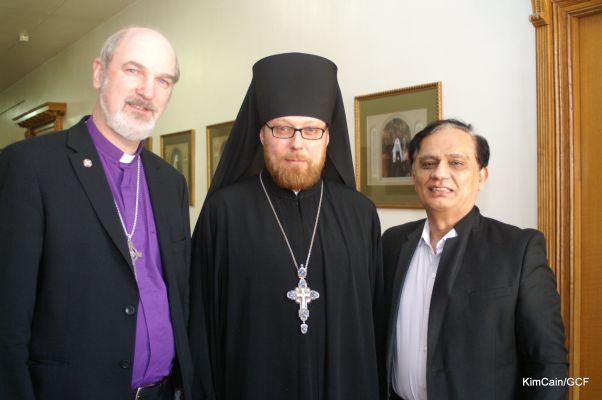 Additionally, Schirrmacher visited the Russian Evangelical Alliance and conducted discussions with the General Secretary, Sergey Vdovin, and with the presidents of both of the largest member churches, the Union of Evangelical Christians-Baptists and the Pentecostal Churches of Evangelical Faith. In the course of the Global Christian Forum, the head of the baptists, Pentecostals, and Lutherans met representatives of the Russian Orthodox church at the patriarchate. During the meeting, Schirrmacher and Howell thanked the Russian churches for having upheld faith in Jesus Christ during 70 years of communist rule and the most brutal Christian persecution and commemorated the martyrs. However, he also called upon churches to learn from history and advocate religious freedom in Russia and stand up for the persecuted church around the world. 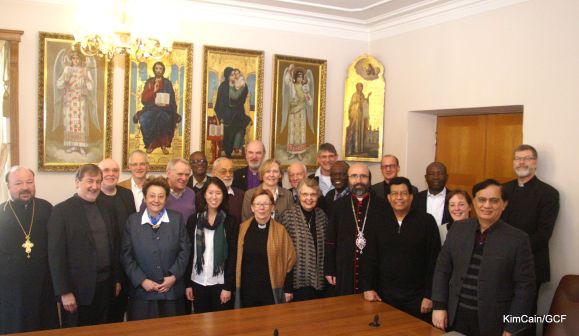 In addition, Schirrmacher met with the board and the youth board of the Russian Section of the International Society for Human Rights (ISHR; German name: Internationalen Gesellschaft für Menschenrechte, or IGFM). Thomas Schirrmacher is the International President of the ISHR. The Russian Section of the ISHR is one of the largest human rights organizations in Russia. As the chairman, Vladimir Novitski stated, the organization has a multitude of followers among young people. The preparations for the ISHR’s next international council meeting in Bonn in April were among other matters covered in the discussions. Schirrmacher will stand for reelection at the time of the next international council meeting.