Xenophobia, Hospitality, and the Refugee Crisis in Europe 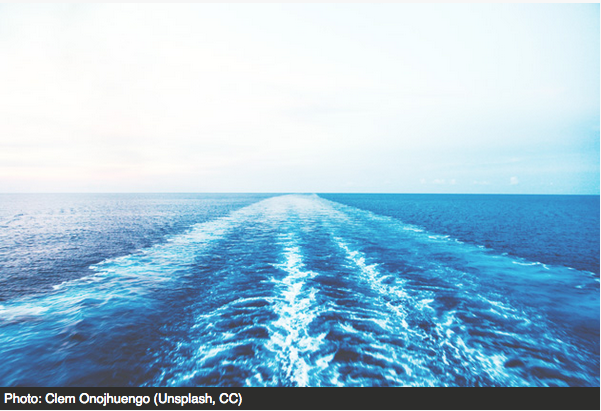 Some 15 years ago I gave a lecture in a church in Moravia (Eastern Czech Republic) about the importance of hospitality for people who want to become Christian leaders. After considering Titus 1:8, that an elder must be hospitable, we read other relevant biblical texts, such as 1 Peter 4:9 “Offer hospitality to one another without grumbling,” and Hebrews 13:2, “Do not forget to show hospitality to strangers, for by so doing some people have shown hospitality to angels without knowing it.” A young man in the class commented, “We Eastern Europeans have a hard time practicing hospitality because we are a little xenophobic. We are afraid of foreigners, people who are not like us.”

A light went on in my mind; I noticed that the New Testament Greek word for hospitality is philoxenia, which sounds like the exact opposite of xenophobia. The word xenophobia comes from the words xeno (stranger or foreign) and phobia (fear); philoxenia comes from the words philos (friend) and xenia (foreign). Hospitality in the Bible means to overcome xenophobia and treat a foreigner like a friend. This group of future church leaders recognized that to become godly leaders and practice Christian hospitality, they had to consciously overcome their xenophobia.

Recently, Martin Patzelt, a father of five and a member of the German parliament (CDU), invited some Eritrean refugees to stay in his home. This is how some Christians in Europe are responding to the waves of refugees, attempting to surpass the efforts of their governments. But the report says Mr. Patzelt has faced threats from xenophobic groups, such that he now needs police protection from frightened Germans, not from the foreigners in his home! This is what Christian leadership looks like. Hospitality is attempting to overcome xenophobia.

Notice I did not say there is no reason to be afraid. There are good reasons to be afraid of the results of hundreds of thousands or a million homeless and poor people flooding into Europe from across the Middle East and parts of Africa in a largely uncontrolled manner. There will be problems; xenophobia is not groundless paranoia. Some welfare systems, schools, and medical clinics may be overwhelmed.

Where will so many people live? Are there jobs for so many? Will there be riots? Will there be homeless people crowding the streets? What will be the effects on struggling economies? Are the refugees educated properly to be able to live and work in Europe? Might there be a terrorist among them? Might they bring their wars with them? Will there be so many Muslims that they begin to Islamize more parts of Europe? And will the influx of people renew Europe or will they overburden Europe to the point of disintegration?

I will not be surprised if the influx of refugees causes a transition in Europe as significant as the fall of communism. Europe did not choose to have this crisis, but Europe can choose how it responds to the crisis. And the response to the refugee crisis will set a moral direction for the future that will define the soul of Europe, including whether Europe is renewed or begins to disintegrate. The choice is xenophobia versus hospitality, each of which embodies a whole philosophy of life. Do we mostly see people as problems or do we mostly see people as gifts, even if they need help right now? Do we mostly live out of fear, or is it possible that love of neighbors, solidarity, can overcome fear? Do we only see laws and borders that need to be enforced, or do we also try to follow a higher humanitarian law that stands above national laws and borders? If Europe does not answer this set of questions correctly, it may go into decline; if the newcomers are properly welcomed, Europe may be reinvigorated.

The character of Europe today is partly the results of moral choices made after the fall of the Berlin Wall and the Velvet Revolution in 1989. In spite of inconsistencies, Western Europe made serious efforts to practice hospitality to their eastern neighbors who were trying to escape communism, even though there were good reasons to be afraid that millions of people educated under communism would not know how to live in democracies. The moral choices made by Western Europe after 1989 resulted from a philosophy of life, a system of ethics, which was brought to the situation, and the long history of Christianity in Europe contributed to this philosophy of life.

What profound tragedies lie behind the millions of refugees! Who was not moved by the picture of the little boy washed up dead on a beach? But what philosophy of life will Europe bring to its response? Xenophobia or hospitality?

Prof. Thomas K. Johnson, Ph.D., is a Human Rights advisor to the Theological Commission of the World Evangelical Alliance. He spent 21 years serving as an educator in the formerly communist countries of Eastern Europe.

Originally Published: Xenophobia, Hospitality, and the Refugee Crisis in Europe